Annuity » What Is an Annuity?

What Is an Annuity? 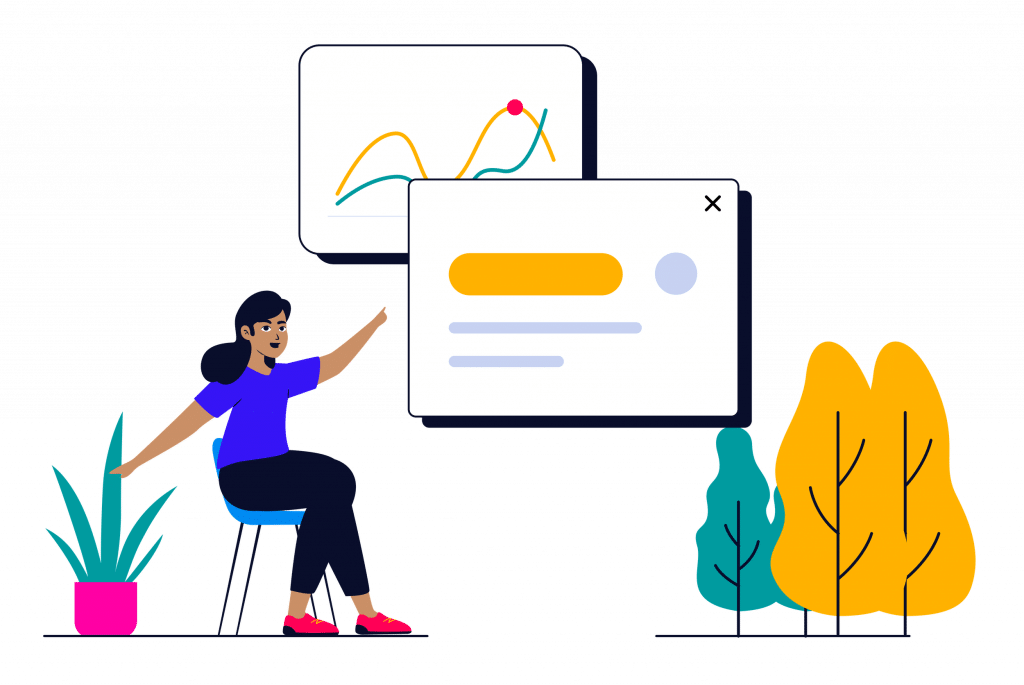 Unlike other insurance contracts, the payments don’t depend on the customer undergoing an accident or suffering a unfortunate event in order to receive a payment. Instead of filing a claim, the customer determines the conditions under which they’ll receive their payouts.

Whether you have a retirement plan or not, there are a lot of concerns that not to be addressed. According to a SimplyWise Retirement Confidence Index, the number one fear for retirement is that  Social Security will dry up in their lifetime.

But, that’s not all. The unexpected death of a spouse, rising cost of medical expenses, investments not keeping up are also worrisome. And, as if that’s not enough to keep you awake at night, almost half of Americans cite running out of money as their chief retirement concern.

While there isn’t a one-size-fits-all solution, one of the best ideas to ease your anxiety over retirement is through an annuity. In simplest terms, this is an insurance product that promises you an income throughout retirement — which, by the way, a guaranteed is something that 71% of workers want.

An annuity might sound too good to be true. But, it could be a powerful component of one’s retirement portfolio. The problem, despite the fact that annuities have been around for centuries, these financial products are often misunderstood and misused. So, to clear the air and help you make a more informed decision, we’ve put together this invaluable guide.

What will you find? In our annuity guide, we’ll define what annuities are, the different types, and the pros and cons. We’ve also included the five questions to ask prior to purchasing an annuity, as well as a glossary index.

So, without further ado, let’s dig deeper into the world of annuities.

As we already mentioned, an annuity is an insurance product. But, that was a barebones definition. More specifically, an annuity is actually a contract between you and an insurance company. In exchange for a lump-sum payment or a series of payments, you’ll receive a guaranteed lifetime income.

When do you receive these payments? That depends. Usually, you have two options either immediately or sometime in the future. Whatever you chose, the goal of an annuity is to provide you with a steady income after you leave the workforce.

Similar to more popular and well-known retirement plans think a 401(k), contributions can only be withdrawn after the age of 59 ½. If you do make an early withdrawal you will have to pay a penalty — in most cases this a 10% early withdrawal penalty tax.

However, if you don’t touch your annuity, it will accrue on a tax-deferred basis. And, unlike your 401(k) or IRA, there aren’t contribution limits. That means you can invest however much you want. You’ll then earn a percentage on everything that you deposit — with Due the calculation is simple you’ll get 3% a month on your money.

In addition to guaranteed lifetime income, another appealing aspect about annuities is how customizable they are. Again, you have the choice to make a lump sum or series of payments to an insurer. You even have the ability to determine when you’ll start receiving payments, aka annuitize your payments.

Even the duration of disbursements can be tailored to your retirement goals. For example, you can receive payments for a specific timeframe, like 25 years, or until your pass away. And, if you still have some money left over, you can pass that on to a beneficiary through a death benefit rider.

Why do people buy annuities?

There are a lot of reasons why people have and will continue to, purchase annuities. This is especially true if you’re on the verge of retirement, like being one year out. Mainly, to generate long-term income to supplement other sources, such as a 401(k) or Social Security.

At the same time, annuities can be beneficial to investors of all ages. Why? Because they come packed with the following advantages;

Also, research has found that retirees who have a guaranteed income are happier and live longer than those who don’t.

What an annuity isn’t.

Annuities are contracts between you and an insurance company. Most agents try to make them sound better than they really are.

Moreover, annuities are not any of the following;

What’s the difference between annuities and life insurance?

Since both annuities and life insurance are issued through insurance companies, some might believe that they’re one-in-the-same. In reality, they serve different purposes.

Another key difference? Pays are issued when you die and are in a single sum, as opposed to a series of recurring payments.

As mentioned several times above, annuities will provide you with a recurring income throughout retirement. The main purpose? To guarantee that you have an income in case you outlive your savings, exceed your expected lifespan, or run out of other retirement income streams.

Unlike life insurance, payouts begin when you retire from your job, typically at age 65. You’ll then receive monthly payments each month for the remainder of your life. However, theres’ also the option to choose to receive one lump sum.

Both have their advantages and disadvantages. However, life insurance is best suited for those who want to pass something along to their family to ensure that they aren’t struggling to make ends meet. If you’re concerned about your own financial future, annuities may be the better fit.

Another misconception about annuities is that there is only one type. For years, this was the case with immediate annuities. In fact, up until the 1950s, this was the only annuity option.

As the name implies, this is when you would receive payments right away. Usually, these are bought by older people or those who are close to retirement. Why? These annuities begin paying out within one to twelve months of the investment.

When you think about it, they’re kind of like a bizarro life insurance policy. With life insurance, you make a series of payments so that there your beneficiary will receive a one-time payment. On the flip side, you’re paying the lump sum upfront in order to receive regular payments.

But, what if you’re younger or don’t need an additional income stream right now? There’s also a deferred annuity.

Also known as a longevity annuity, you’ll delay your recurring payments to a future date. In some cases, you might be able to push annuity payments back to 30 years down the road. In the meantime, your investment will grow at a tax-deferred rate.

Furthermore, you have the option to receive recurring payments or a lump sum when it’s time to cash in. Deferred annuities also come equipped with a death benefit.

Are there different types of annuities?

Although annuities come in the above two basic configurations, they also come in several different forms. Usually, they are classified by the following three factors;

How do you know which type will be best for your retirement? That ultimately depends on your specific retirement plans and what obstacles you foresee, such as long-term care. But, to help you figure this out, here are your different options;

Because this is a lot of information to consume, we will take a closer look at the different types of annuities in other chapters. We just wanted to introduce them to you for the time being.

“Nothing is free. Everything has to be paid for. For every profit in one thing, payment in some other thing.” — Ted Hughes

Unfortunately, all annuities have commission fees. For the uninitiated, this is how the broker puts bread on their table. They earn money by selling your annuity.

Here’s why this gets tricky. In most annuity contracts, you won’t see this included. But, they are built-in and can be anywhere from 1% to 10% of the total contract value. It boils down to what type of annuity you have.

But, wait. There are more fees you should be aware of, such as;

What are the disadvantages of annuities?

So far, you might have noticed that we are kinda fans of annuities. But, that doesn’t mean that they’re flawless. In fact, they have plenty of drawbacks.

For starters, you might be sacrificing liquidity for a lifetime of financial security. What does that mean? Well, because annuities are long-term lifetime contracts they’re considered illiquid. As such, annuities can not be easily converted into cold, hard cash.

Why’s that an important consideration? Well, if you’re on a tight budget and need quick access to cash for an emergency, an annuity is counterproductive. What’s more, if you have a serious health condition that may shorten your lifespan and you have medical bills, an annuity shouldn’t be a priority. Other common concerns involving annuities include:

Opportunity cost is actually a disadvantage that many people cite when it comes to annuities. To be fair, this is a valid concern for younger investors you have the ability to bounce back from market losses. As such, they may want to take a high risk, high reward approach.

How to buy and sell annuities.

Regardless of where you actually purchase an annuity, always thoroughly read and understand the annuity contract. At the minimum, pay attention to the fees attached. They should be clearly stated and transparent.

Another area to focus on is the mutual find prospectus. You only have to worry about this if you’re invested in a variable annuity. If so, request all the mutual fund options you have at your disposal and determine the right amount of money you can allocate. Also, if you invest in a variable annuity via a 401(k) or IRA, there aren’t any additional tax advantages.

The easiest way to avoid risk? Annutize gradually. As opposed to making your investment in a lump sum, you would put maybe half in and add the rest later. For example, putting $60,000 towards an annuity instead of $120,000.

Why would go this route? First, it gives you access to more interest rates. Second, it buys you time to calculate how much you actually need in an annuity.

Also, because annuities aren’t protected by federal entities, you need to factor in the financial strength of the insurer. It’s also advised that you only work with insurers who are highly rated d by A.M. Best, Fitch Moody’s, and Standard & Poor’s. And, to further migrate this risk, spread your annuity funds across different insurers.