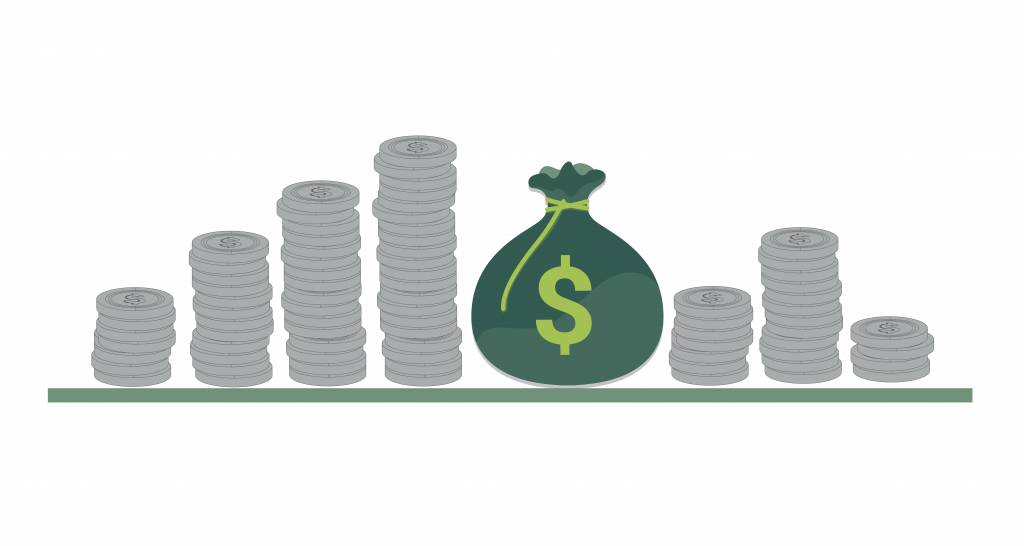 Life is full of decisions. Often, it’s between two similar, albeit slightly different options. Soup or salad? Premium or regular? DC or Marvel? Apple or Android. You get the point.

When it comes to annuities, you have the choice between an immediate or deferred annuity.

On the surface, both seem quite similar. Since they are annuities, they are a contract between you and an insurance company. Both allow for unlimited contributions. And, they can provide a guaranteed source of retirement income.

However, there is one key difference between immediate and deferred annuities. And, that’s timing.

With an immediate annuity, you’ll receive your income, well, immediately. That’s not the case with a deferred annuity. With this type, you can decide when you’ll begin receiving payments.

But, that’s a brief overview that wouldn’t do you any justice when picking an annuity. So, let’s explore more in-depth each annuity type. And, hopefully, you can use this information to select the right one for your retirement plan.

What is an immediate annuity?

When you envision annuities, an immediate annuity is probably what you’re thinking of. And, there’s a good reason for this. Immediate annuities are the oldest type and can be traced back to Ancient Rome.

Known in Latin as “annua,” which translates to “annual stipends,” citizens would make a one-time payment to the annua. In return, they would receive lifetime payments that were made once a year. Up until the 1950s, this was actually the only annuity option.

Today, immediate annuities, which are also referred to as single premium immediate annuities (SPIAs), aren’t all that different. You, the individual, purchase an annuity that’s been issued by an insurance company or financial company that’s qualified to sell annuities. You do this in one lump sum as opposed to a series of payments.

The wad of cash that you forked over then stays in the annuity for a predetermined amount of time. In this case, because it’s immediate, it pays out anywhere from one month to 13-months after it was purchased.

How much money will be coming your way and for how? That depends on the term or period of time that will be covered, as well as what you agreed upon in the contract. Just know that you can receive payments for a specific amount of time, such as five or ten years, or for the rest of your life. You can not, however, invest this money.

What are the benefits of an immediate annuity?

The main benefit is that with an immediate annuity, is that it’s tax-deferred. That means you can reap the rewards of compound growth. And, if you’ve already paid taxes on your immediate annuity, then this is an income that’s partially free.

But, there are some other reasons why might want to consider an immediate annuity. It can mitigate the risk from a volatile market.

What’s more, it provides guaranteed payments within the first year. For older retirees, this may be more suitable as this may help minimize your required minimum distributions (RMDs) once you turn age 70 ½. Or, if you are nearing retirement and just came across a large sum of money, such as an inheritance, a bonus, or profits from selling a business, you can use this type to supplement your retirement income.

Additionally, you can customize your immediate annuity so that it creates income for either one or two people. And, again, you can determine the specific period or for life if you prefer.  Some products even offer options for a cost-of-living adjustment to protect against inflation. And, there could even be a liquidity feature that allows lump-sum withdrawals in case there’s a financial emergency.

And, as if that weren’t enough, immediate annuities provide asset protection. While this varies from state to state, this could prevent creditors from garnishing this income.

The different types of immediate annuities.

Immediate annuities can be either fixed or variable. A fixed annuity is your best bet if you want or need money today. The payout will be lower. However, you know exactly how much you’ll be receiving as payments are pegged to how much you contributed, age, and interest rate.

Variable annuities rise and fall depending on the performance of the market. You might get more bang with your buck here. But, since your annuity is tied to a stock market index and it tumbles, you’re gambling a little here. As such, variable annuities are better suited for younger individuals who have the time to make up for any potential losses.

What to consider before purchasing an immediate annuity.

Despite the advantages of an immediate annuity, it’s not for everyone. For example, if you have enough of an income to sustain your cost of living or income security, then you probably don’t need the income now.

Another consideration is how much you have stashed away. If you don’t have much set-aside or need immediate access to cash, then you might want to buy an immediate annuity.

And, you certainly have to take into consideration the annuity term. That just means do you want to receive a regular income for a specific amount of time or for the remainder of your life. If you’re in relatively good health, you may want to opt for the lifetime option. But, you also have the choice to leave the balance to an heir.

One more thing to keep in mind. The older you are, the higher the monthly income you’ll receive.

The check amount “depends not only on your age and gender but also on current interest rates,” explains the folks over at Immediate Annuities. Let’s say that you’re “a 65-year-old man and you buy an immediate fixed annuity. A $100,000 investment will give you an annual return of approximately $7,740.” For “a 65-year-old woman, you will get somewhat less, approximately $7,296; reflecting your longer life expectancy.”

“More than anything else, with annuities you are gambling on your own longevity,” they add. “Ultimately, this has much more bearing on the benefits of this type of investment than does interest rates.”

“If you live a long time, you will collect heaps of income and the annuity could turn out to be an astute investment. If you die soon after purchasing the annuity, you will get a precious few monthly checks and your heirs will likely get nothing.”

They suggest that you wait to buy an immediate annuity until your 70’s. The reason for this is that “the payout is driven less by interest rates and more by the insurance company’s estimate of how long you might live.”

Is an immediate annuity right for you?

If you’re still undecided, here are four questions that you can ask to help you decide whether or not an immediate annuity is right for you, courtesy of Dana Anspach for The Balance;

“If you answer yes to any of the questions above, an immediate annuity may have a place in your retirement income plan,” advises Anspach. “Be sure you look at diversifying your annuity purchases across insurance carriers and over time.”

What is a deferred annuity?

In the scheme of things, a deferred annuity works like any other annuity. You transfer money to an insurance provider or a qualified financial institution, either in one lump sum or a series of payments. They then invest your hard-earned money according to strategy and annuity type. In this instance, a deferred annuity. You’ll then have a guaranteed income either for a specific period of time or throughout the rest of your life.

Unlike an immediate annuity, there are some important distinctions. For starters, there’s an accumulation phase. That’s just another way of saying that rather than getting your money within a year of the initial investment, you’ll get your money years after the initial premium payment is made — usually at least five years from now.

During the accumulation phase, your money will grow tax-deferred. Just be aware that the longer you set up payments, the lower they’ll be.

Deferred annuities also perform like a 401(k) or IRA since you don’t owe income taxes on your gains. You will, however, have to pay taxes on the annuity once you start collecting an income. Overall, these are viewed as long-term investments that aren’t liquid.

What are the benefits of a deferred annuity?

Because this is an annuity we’re talking about here, it provides you with a guaranteed income for later. It’s ideal if you want to supplement your other income streams like Social Security or a pension.

Another perk? Unlike a 401(k) or IRA, there aren’t any contribution limits. That means you can contribute however much you like making a powerful future income stream. And, deferred annuities also offer extra rider benefits like the popular death benefit. This lets you leave your heirs with the amount that’s leftover.

The different types of deferred annuities.

Like with immediate annuities, there are different types of deferred annuities. There are three basic types you can choose from;

Regardless of what type you select, each grows on a tax-deferred basis

What to consider before purchasing a deferred annuity.

Rates on deferred annuities depend on which type you select and for how long you’re going to let it grow. For example, you could secure a 1.65% rate for a 10-year fixed guaranteed growth annuity through USAA. Or, if you worked with Nassau, you could score a solid 3.10% on a multi-year guaranteed annuity.

Is a deferred annuity right for you?

To be honest, if you’re older or in poor health, a deferred annuity probably isn’t a wise investment. Again, it takes years for this to accumulate. And, if you did make an early withdrawal, you can expect at least a 10% penalty fee.

Furthermore, deferred annuities aren’t liquid. That’s just another way of saying that they can be difficult to access. And, the structure and fees involved may be too complex for those whose wheelhouse isn’t finance.

At the same time, if you’ve maxed out your other retirement plans and expect to live a long and healthy life, a deferred annuity is worth exploring.

“Because deferred annuities can tie up your investment for years and often charge high fees and commissions, they’re not the best option for many savers,” explains Wendy Connick for the Motley Fool. “Most workers will get better results by investing their money in a 401(k) or IRA (or even an HSA, if you qualify to contribute to one). Savers who’ve maxed out their contribution limits for all available tax-advantaged retirement accounts and who still have a bundle of cash to invest might consider turning to a deferred annuity as a way to delay paying taxes on that income and to provide supplemental retirement income.”

On the flip side, “if you’ve already retired or you only have a short time to go before the big day, an immediate annuity can be a good way to lock in a source of guaranteed retirement income,” adds Connick. “Using your retirement savings to buy an immediate annuity means you won’t have to spend your retirement years worrying about what might happen if your investments fail or the US economy lands on the rocks.” And, immediate annuities “are also a great way to invest the kind of lump-sum many new retirees receive, such as a 401(k) or pension distribution.”

“Whichever option you choose, be sure to check the annuity contract for any surprises,” she suggests. “Make sure you thoroughly understand all the fees involved with the contract and compare them with one or two other, similar annuity contracts to confirm that they’re not excessive. Annuities can be highly complex financial contracts, and signing up for one will likely have a huge impact on your retirement years — for good or ill. Before signing up for any annuity, make sure that you get answers to all your questions and that you fully understand what you’re committing to.”