Annuity » What is a Variable Annuity?

What is a Variable Annuity? 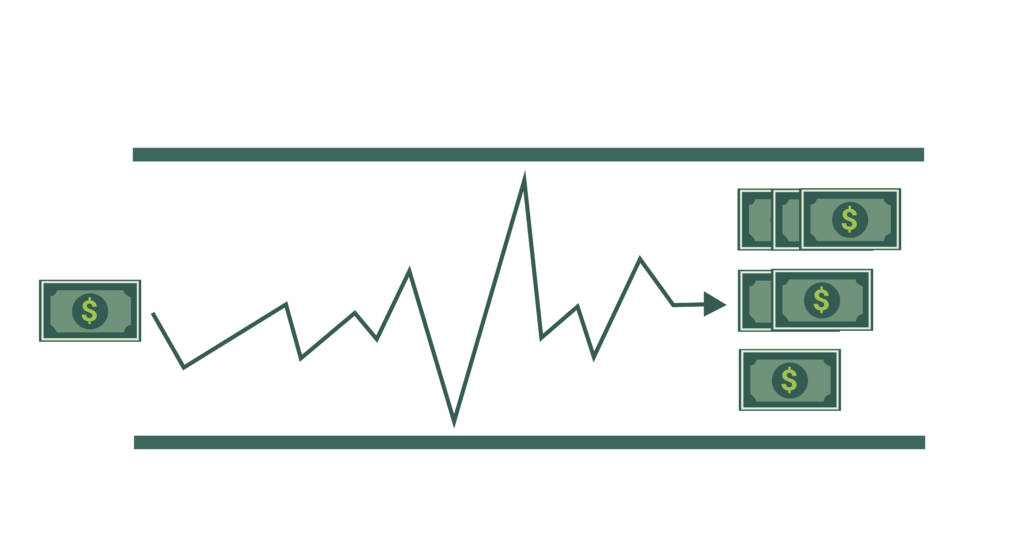 As previously discussed, when it’s time to buy an annuity, you have the choice between an immediate and deferred annuity.

If you prefer an immediate annuity, you’ll make a lump-sum payment. Within a year of the contract, the insurance company will begin issuing you a monthly income — which can either be for a specified number of years or for the rest of your life. And, the payment amount will be based on factors like your age.

For those who select a deferred annuity, you’re going to invest your money in a lump sum or a series of payments. But, you’re going to sit back watch it grow. Whatever earning you’ll make are tax-deferred.

Here’s where things might get a little more complicated. Regardless of what broad category you choose, both immediate and deferred annuities will be either fixed or variable. The main difference is that you’ll earn a predetermined interest rate on your money with a fixed annuity. The rate you’ll get is clearly spelled out in your annuity contract. It’s predictable and there’s less risk involved.

As with most annuities, a variable annuity is a contract between you and an insurance company. Specifically, it serves as an investment account that grows on a tax-deferred basis. The insurance aspect of a variable annuity comes in the forms of guaranteed payments that you’ve purchased with a single payment or a series of multiple payments.

Since each variable annuity contains features that you can’t find in most other insurance products and investment options, they can truly be one-of-kind. Just note that you’ll most likely have to pay for the uniqueness of variable annuities.

The first defining feature of variable annuities is the insurance elements. An example of this will be if you pass away before you’ve begun to receive payments. If you’re named a beneficiary, then the insurance company will guarantee that they’ll at least receive a specified amount of your annuity. Additional insurance features include the promise that you’ll get you a certain account value and the ability to make withdrawals up to a certain amount annually.

Secondly, variable annuities are tax-deferred. As we’ve repeatedly stated, this means that you don’t have to pay federal taxes on the income and investment gains from your annuity. That is, until you make a withdrawal or receive income payments. This would also apply when a death benefit has been paid.

Sticking with taxes here, you can also transfer money from one investment option to another within a variable annuity. You don’t have to worry about paying federal taxes at the time of the transfer. But, you will once you withdraw your money. Just be aware that you are responsible for taxes on any gains at the ordinary federal income tax rates.

And, thirdly, with variable annuities, you’ll receive periodic income payments. Again, this can be for a specified period or the rest of your life. If married, you can set it up where they will receive payments for the rest of their life if you die before them. The process of converting your investment into a steady and recurring stream of income is known as annuitization. The highlight of this feature is that it protects against the possibility of you outliving your savings, which is a fear that many retirees have. 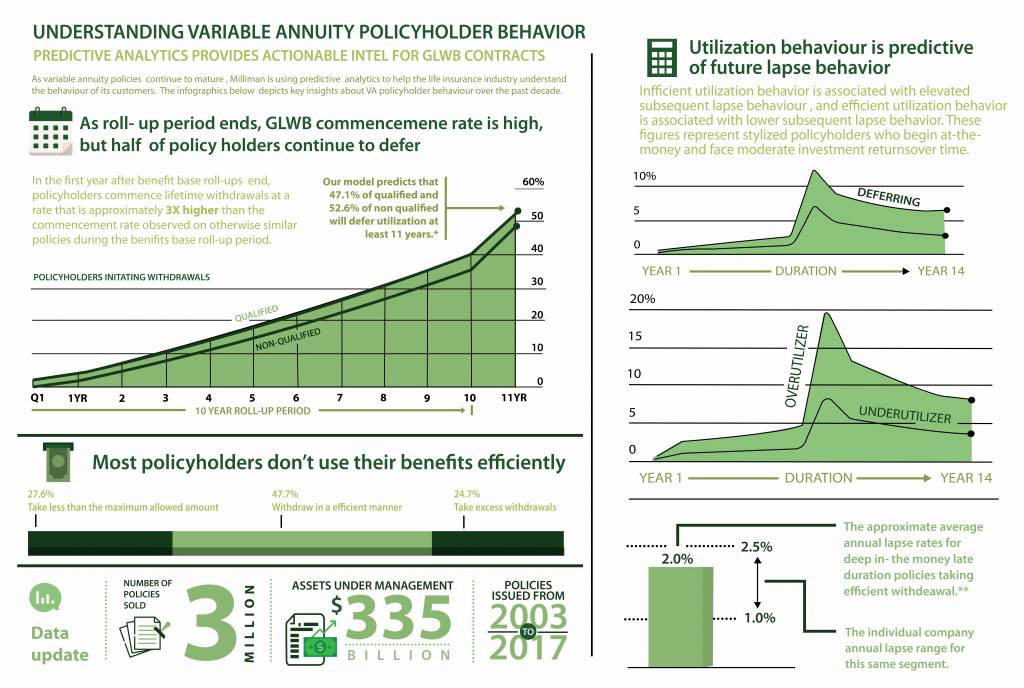 How Does a Variable Annuity Work?

When you purchase a variable annuity, don’t get discouraged or overwhelmed that you’ll have some investment options to fund your portfolio. Remember, these options or sub-accounts usually consist of stock mutual funds, bond mutual funds, and money market funds. You may even be able to select other investments like stable income value mutual funds.

If you select an immediate variable annuity, then you don’t have to worry about the accumulation phase since you’ll begin receiving payments in as little as a year. That, of course, is not the case with a deferred variable annuity. This option contains two phases, the accumulation phase, and a payout phase, since you’re receiving income at a future date.

It’s during this phase when your contract will increase in value. For this to take place, you’ll make a deposit or an initial contribution. This will purchase the annuity. From there, you can determine how you want to invest your money; You make an initial deposit or contribution to purchase the annuity. You can specify how you would like to invest your funds. However, be sure to review the disclosure document, aka prospectuses, for what your available options are.

You may also have the option of investing in a fixed-interest account. With this variation of a variable annuity, you’ll still play the investment game while also receiving a guaranteed minimum interest rate.

Throughout this phase, your money may increase or decrease depending on the performance of your investments. That’s the gamble that you’re taking on with a variable annuity. Also, you’re permitted to transfer funds between accounts without any tax ramifications during accumulation. However, you may be charged for such transfers from your annuity company.

Also known as the distribution phase, this is when you can begin to receive your funds. You can also collect any gains you’ve made as well. This will either be as one lump-sum or as a recurring stream of variable payments. You can spell out in your contract how long you want the payments to last. Typically, you can settle on a period of years, let’s say for 10-years, or an indefinite period. With the latter, this would be the rest of your life or the lives of your beneficiaries.

Also, depending on the terms of your contract, you can select either fixed payments or adjustable payments that will change over time depending on how your investment portfolio is performing.

Variable Annuities: The Good, The Bad, and The Ugly

We would be remiss if we didn’t lay out the pros, cons, and downright terrible aspects of variable annuities.

Shopping for a Variable Annuity

Before committing, always do your homework when shopping for a variable annuity. And, the first place to start is weighing the advantages and disadvantages listed above.

“Also, decide what features are important to you,” writes Mary Kane for Kiplinger. “Options may include a rider for guaranteed income or to benefit heirs. If leaving a bigger legacy is a priority, it may be worth paying a little more to get a guaranteed death benefit.”

“But watch out for costly options that are ‘sophisticated and richer’ than what you are looking for,” she adds. “The fewer bells and whistles an annuity has, the less it should cost.”

And, most importantly, you want to work with the right annuity company. After all, these are are a complicated mix of insurance and investments. As such, they must be sold by insurance agents and not some random Amazon seller.

Ideally, you want to work with insurance companies that are financially strong and have solid rankings from A.M. Best, Moody’s, and Fitch.

Can You Exchange One Credit For Another?

Before going through with the exchange, compare the annites and factor in the fees and restrictions. And, it also wouldn’t hurt to speak with a financial professional or tax advisor to make sure that this will be tax-free.

Some insurance companies offer bonus credit features. This is simply a promise from the insurance company to add extra money to your contract value. The catch is that it’s based on a specified percentage. Generally, this is in the 1% to 5% range of purchase payments.

However, make sure that the bonus credit is actually worth it. Sometimes there are increased fees and expenses associated with this feature, such as higher surrender charges and risk charges. You may also be subject to a longer surrender period. Consequently, these may actually cost more money than the bonus and just aren’t worth it.

Most variable annuity contracts come with something called a “free look” period. Basically, it’s just a test run on the annuity to ensure that it’s a right fit with your retirement plan. Typically, this period is 10 days for you to cancel your contract before any fees are incurred. But, it could be more days for you to review your investments.

Can you lose money with a variable annuity?

Short answer, yes. You are, after all, playing the stock market.

Well, variable annuities are not protected by the FDIC. However, state insurance regulators have guaranty funds that are funded with premium payments from insurers. Also, the Securities Investor Protection Corporation (SIPC) insures securities, which do include variable annuities.

And, depending on the state, variable annuities are also protected from creditors.

A guaranteed minimum income benefit, or GMIB, is a rider that will protect your variable annuity from potential market risk. This is possible because GMIBs guarantee a minimum monthly payment that is not tied to the performance of the market.

What is a group variable annuity?

As an alternative to mutual fund plan providers, this allows companies to offer 401(k) and other retirement plans, such as a variable annuity contract. Because this is an annuity, it must go through an insurance company.

Who should purchase a variable annuity?

A variable annuity is worth a second look for those who have a high-risk tolerance and aim for capital appreciation. However, variable annuities are not a good fit for those looking for guaranteed income or close to retirement, as this doesn’t give them enough time to recoup potential losses.