Principal Annuities: What You Need to Know 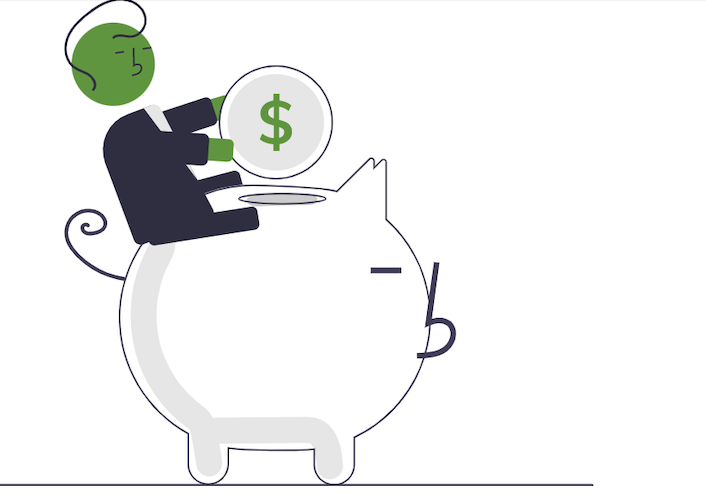 Annuities, at their core, are simply tax-deferred investments sold by insurance companies to supplement financial security during retirement. At the same time, there are many different types of annuities that make annuities more complex. ‌As‌ ‌a‌ ‌result,‌ ‌Americans may be scared of annuities when ‌considering‌ ‌their‌ ‌financial‌ ‌goals.

With that said, one of the most frequent questions people have regarding annuities is, “What happens to my principal?” Well, here’s what you need to know.

What is Annuity Principal?

One of the main concerns of many retirees is running out of money. In fact, this is the top concern for almost half of Americans.

Thankfully, purchasing an annuity can prevent this from happening. How? ‌By‌ ‌securing your investment and providing a guaranteed lifetime income stream.

In short, the purpose of annuities isn’t really to grow your money. They’re more of an income protection product. And the principal plays an integral.

Your annuity principal is the money you pay when you buy it. Some of these payments are made in one lump sum. But most are made in a series of monthly contributions.

The‌ ‌annuity principal is invested for the annuitant. And because of this, it forms the basis of payments they start receiving‌ ‌after‌ ‌the‌ ‌first withdrawal.

But can you actually lose your principal? Well, that depends.

There‌ ‌are‌ ‌two‌ ‌kinds of annuities: immediate and deferred. ‌Moreover, you can buy either a fixed, fixed indexed, or variable annuity with deferred annuities.

Principals are affected differently by each of these options. ‌As such, to protect your retirement investment. And to start, you need to understand how annuities treat the principal.

Owners of immediate annuities pay one lump sum to get a stream of income right away. It lasts a specified number of years or for the remainder of the annuitant’s life.

You can’t cancel or adjust an immediate annuity once bought. The reason? ‌Payments begin as soon as the annuity is purchased. ‌They can be paid monthly, quarterly, or yearly by annuity companies.

Therefore, the insurance company absorbs the principal paid into the contract to pay operating expenses and invest in maintaining the income for a long time to come.

Some annuity companies offer a product called a Principal Income Annuity. This is nothing more than an income annuity. ‌For‌ ‌those‌ ‌who don’t know, this is a contract that pays you an income right away. ‌Income annuities are immediately annuitized after being fully funded, providing either a fixed period of time or lifetime payments. The payments cannot change after being annuitized.

The cash value of a deferred annuity grows over time. ‌This is because whenever the owner pays premiums, the principal value increases, and ‌the‌ ‌cash‌ ‌value increases. ‌The reason is that they will have time to grow before you start getting paid.

If you liquidate an annuity, the principal amount is usually guaranteed. As such, any penalties or fees won’t affect the‌ ‌principal.

The same is not true, however, for variable annuities. ‌In mutual fund subaccounts, owners invest premiums. ‌Due to the fact these accounts are unguaranteed, the principal fluctuates with each mutual fund change.

Some companies offer a Principal Deferred Annuity. The benefit of this plan is that you pay a lump sum or make regular installments over time. In exchange, you’ll receive a guaranteed income for a specific period of time or the rest of your lifetime. In addition, you won’t have to worry about market fluctuations with deferred income annuities.

The downside? ‌Those funds are no longer accessible.

Annuities are either qualified or non-qualified. But, what’s the difference?

In‌ ‌a non-qualified annuity, the principal is the base you earn from. ‌However, after-tax premiums will not be taxed after‌ ‌distribution. ‌Because of that, premiums are not deductible. ‌So while the earnings can grow tax-deferred, they will be taxed when they’re distributed.

“It may be odd to think you could lose money with an annuity, considering that they’re marketed as special guaranteed investments specifically designed to protect us from that outcome,” writes Jordan Bishop in a previous Due article. “This is a rather common misconception, however, because not all annuities are the same, and not all of them come with the same level of principal protection.”

Even so, annuities are generally considered to be safer than other types of investments for retirement. ‌However, this depends on the type of annuity you purchase, the contract you enter, and the financial strength of the insurer issuing the annuity.

In short, it’s still possible to lose money, specifically your principal, in the following scenarios;

1. How much does an annuity cost?

The minimum to open a new contract is usually $5,000. ‌But there are some annuities you can buy for‌ ‌$100‌ ‌a‌ ‌month. And, unlike other retirement plans like 401(k)s and IRAs, there are no contribution limits.

“Annuities can offer many choices for guaranteed income,” notes Craig Hawley, head of Nationwide Advisory Solutions. ‌Among these are “the simplicity of an immediate annuity to a range of different optional living benefit riders that are designed to protect portfolio assets or income payments when markets decline.”

Depending on the investments, living benefits can provide a guaranteed income regardless of performance. ‌A guarantee on the initial investment is another way to protect yourself against market risk besides getting a return on premium.

Because annuities are contracts with an insurance company, the payment guarantee is up to‌ ‌the‌ ‌insurance‌ ‌company. “Insurance companies are highly regulated, with strict requirements related to their investments and capital reserves,” adds Hawley.

“Their financial strength is regularly reviewed and rated by five independent firms: A.M. Best, Fitch, Kroll Bond Rating Agency (KBRA), Moody’s, and Standard & Poor’s, each with their own rating scale and rating standards.”

There are also Guaranty Associations in every state that protect policyholders if an insurance company goes belly-up.

“A study by the U.S. Government Accountability Office determined that even following the profound effects of the 2008 financial crisis, the impact on the majority of insurance companies and their policyholders was limited, with a few exceptions,” he states.

3. How do guaranteed principal annuities work?

All your money is guaranteed to be repaid to you someday by the insurance company. ‌You’ll get your money back if you invest in a variable annuity and lose money. ‌

Fixed‌ ‌annuities, however, work much better. This is because your account doesn’t fluctuate, so the insurance company just returns your money with a bit of ‌interest.

“Annuitization is the process of turning a lump sum of money into a guaranteed stream of income payments for life,” explains Jordan Bishop in a previous Due article. “When you annuitize an annuity, you essentially convert your account balance into an income stream.” ‌You can do this for a set period of time, like a decade or a lifetime.

“This may make you think: ‘Ok, so, that means that I can only annuitize deferred annuities because immediate annuities are “immediately” annuitized, right?'”

Even with immediate annuities, you can decide whether or not to annuitize. This is true even for “vanilla” annuities — those without contract riders. ‌However, with deferred annuities, you have to choose what date you’re going to defer payments to.

Moreover, “annuitizing means you lose access to your principal mainly because it’s pooled with the other annuitants’ saving.” The only way to regain some of this cash value is to sell future income payments ‌at‌ ‌a‌ ‌discount. ‌You’re losing money if you do that.

5. What happens to the principal when you die?