Menu
Login
Blog » Personal Finance » Do Your Parents Have Enough Money for Retirement?

Do Your Parents Have Enough Money for Retirement? 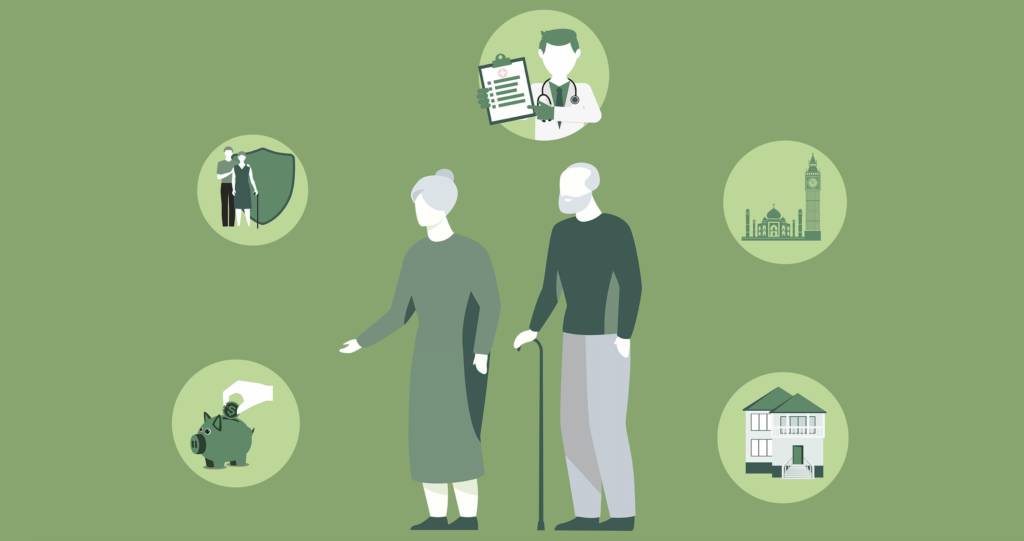 I was swept under a wave of anxiety when I came across the MarketWatch headline. “Half of Americans over 55 may retire poor.” Will I be broke when I retire? That would be a drag. But, I’m young enough to not make this a reality.

Then, I got really concerned. What about my parents? They are, after all, right on the cusp of retirement.

After taking some deep breaths, I did a little more digging. A Forbes article seemingly debunked the MarketWatch piece. But, still. There were plenty of other stats that did in fact prove that our parents will have turbulent retirement ahead of them.

Case in point, a Newsweek article published on August 22, 2020, that shared the following eye-opening facts:

As if that weren’t alarming enough, another study found that most people are expected to outlive their savings.

“The average American is expected to run out of savings at some point during retirement, says a new report from the World Economic Forum,” writes Katie Brockman for the Motley Fool. “Most U.S. retirees will likely outlive their savings by around eight to 10 years, according to the study, but that’s assuming a life expectancy of age 85. Retirees who live longer than that could potentially spend even more time in retirement with no savings.”

That’s a double-whammy when you factor in that Americans are way behind on savings.

“Between two stock market crashes and not saving enough in the last 16 years, coupled with increased expenses and inflation, Americans are very far behind on saving for retirement,” explains Carlos Dias Jr., founder, and managing partner of Dias Wealth LLC.

Is retirement as bad as it seems?

Before you dive into a panic-induced tailspin, not everyone believes that Americans aren’t prepared for retirement.

“Americans have never been better prepared for retirement,” states Allison Schrager, senior fellow, Manhattan Institute. “In the past, employer-provided defined benefit pensions may have provided a secure income to the minority of Americans who had them—but participation peaked at 39% of employees in 1973. Today, more than half of households participate in a retirement plan, most of them defined contribution plans like a 401(k).”

“As the first generation to rely on defined contribution plans reaches retirement, they have more retirement income than previous generations, and elderly poverty stands at an all-time low,” adds Schrager. “There is no need to expand Social Security, which is already responsible for a large share of projected future deficits. Social Security was never meant to be the sole source of Americans’ retirement income, and it is not desirable or efficient to make it one.”

Moreover, Schrager says that the average retiree has more than ever. “Looking across all sources of income (including Social Security, retirement plans, and other forms of savings), most retirees are doing better than before,” she elaborates Research “estimates that 70-year-olds in 2011 had more income than they did in 2000.” And, this trend continued from 2000 to 2011.”

And, “as retirees age, most continue to be better off than in the past.”

Do your parents have enough money for retirement?

I’ve thrown a lot of information your way. And, just like you, I’m just a little baffled. Are people prepared for retirement or not?

You’re not going to like this answer. But, I don’t know.

The fact of the matter is that the pandemic certainly put a kibosh on most people’s retirement plans. Again, a lot of people had to make the difficult decision to retire early. Even if you weren’t close to retiring, you may have been a part of the 60% of Americans who withdrew or borrowed money from an IRA or 401(k) during the pandemic, and nearly two-thirds of those who withdrew funds used the retirement savings to cover basic living expenses.

What’s more, a lot of folks are behind on their savings. And, they might not be able to rely on pensions or social security.

However, that doesn’t mean that they don’t have stashed away for retirement. It just depends on factors like:

If your parents want some peace of mind, then they should meet with a financial advisor who can help them develop a plan to reach their retirement goals. They can also use retirement calculators from Vanguard, Bankrate, Nerdwallet, Schwab, or the AARP to help them calculate the value of their retirement fund. You can also check out our annuity calculator.

Having the retirement conversation with your parents.

As Albert Einstein once said, “Assumptions are made and most assumptions are wrong.” By that, I mean the only way that you’re going to know if your parents have enough money for retirement is to just ask them.

Sure. This will not be an easy conversation. Your parents may even sidestep having it with you. But, having the retirement talk is an absolute must.

Here’s where to start:

If it appears that your parents are on the track, you may only have to periodically check-in on them. If they don’t have enough money for retirement, you’ll have to take action and come up with a retirement plan by:

Most importantly, don’t jeopardize your own financial future. If you don’t have the money to support your parents financially or help them bolster their savings, consider alternatives. You could take them to doctor’s appointments or have them move in with you. And, make sure that you are also working with a financial advisor so that you’ll have enough money for your own retirement.