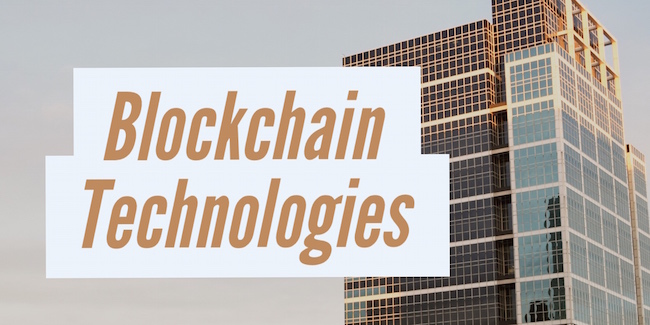 The following are six blockchain applications currently being used:

Traditionally, exchanges require an intermediary such as a broker to match buyers and sellers. With the blockchain, the need for 3rd party arbiter is obsolete. Orders to buy and sell are matched and executed using an escrow system while the network acts as a validator.

Example: Counterparty, a decentralized exchange that lets users create their own digital assets that can then be exchanged. On the marketplace, orders are public, matching ask and bids to execute without an intermediary. A system of escrows and malt signature features combined to release funds and assets when buyer and seller come to an agreement.

Current cloud storage services are centralized — thus you, the users, must place trust in a single storage provider. “They,” control all of your online assets.

On the other hand, with the Blockchain this can become decentralized. For instance, Storj is beta-testing cloud storage using a Blockchain-powered network to improve security and decrease dependency. Additionally, you can rent out their excess storage capacity, Airbnb-style, creating new marketplaces.

Side note: Look-out for small niche businesses popping up using Slock.it technology and Storj together. If I were Airbnb or Uber, I would be paying close attention to this.

Anyone on the internet can store your data at a pre-agreed price. However, hashing and storing the data in multiple locations are the keys to securing it.

Storj.io and factom are two start-ups exploring this idea. After encrypting your data, it is sent out to a network with easy to track basic metadata.

Just imagine, never having to worry about your digital security every again. Security has been a massive problem in the world.

Security is now estimated to cost the industry about $18.5 billion annually, according to a report released Thursday by Distil Networks.

Be it banking, healthcare, national security, citizenship documentation or online retailing, identity authentication and authorization is a process intricately woven into commerce and culture worldwide.

Do you remember what happened with Target?

The data breach at Target was significantly broader than originally reported: The company said that 70 million customers had information such as their name, address, phone number and e-mail address hacked in the breach.

Events such as hacked databases and breached accounts are shining the light on the growing problems of a technologically advanced society, without outpaced identity-based security innovations.

Blockchain technology offers a solution to many digital identity issues, where identity can be uniquely authenticated in an irrefutable, immutable, and secure manner. Current methods use problematic password-based systems of shared secrets exchanged and stored on insecure systems. Blockchain-based authentication systems are based on irrefutable identity verification using digital signatures based on public key cryptography. In blockchain identity authentication, the only check performed is whether or not the transaction was signed by the correct private key. It is inferred that whoever has access to the private key is the owner and the exact identity of the owner is deemed irrelevant.

Blockchain technology can be applied to identity applications in the following areas:

ShoCard is a digital identity that protects consumer privacy and is as easy to understand and use as showing a driver’s license. It’s optimized for mobile and so secure that a bank can rely on it.

Most of the things we buy aren’t made by a single entity, but by a chain of suppliers who sell their components (e.g., graphite for pencils) to a company that assembles and markets the final product. If any one of those components fails, however, the brand takes the brunt of the backlash — it holds the majority of the responsibility for its supply chain.

But, what if a company could proactively provide digitally permanent, audiable records that show stakeholders the state of the product at each value-added step? Ideas like Provenance.Org and SkuChain aim to do just this.

What if you could cut your mortgage rate, and make it easier to update your will?

The world of smart contracts is fast approaching, but what are they?

These are legally binding programmable digitized contracts entered on the blockchain. They are smart because they are automated and can self-execute. What developers do is to implement legal contracts as variables and statements that can release of funds using the bitcoin network as a, “3rd party executor,” rather than trusting a single central authority.

For example, if two people want to exchange $100 at a specific time in future when a set of preconditions are met, the conditions, payout, and parties’ details would be programmed into a smart contract. Once the defined conditions are met, funds would be released and sent to the appropriate party as per terms.

“Smart contracts solve the problem of intermediary trust between parties to an agreement, whether that is between people transferring assets like gold, or executing decisions between two parties in a betting contract,” explained Vitalik Buterin, a founder of Ethereum”

Platforms like Ethereum are bringing smart contracts closer to reality. Additionally, because data stored in the Blockchain cannot be tampered with, basic contracts like marriages have already been recorded in code.

It’s worth exploring one type of contract in particular: music royalties. British singer, Imogen Heap is looking to change how musicians license and get paid for their songs.

I don’t offer all the answers, of course. I’m not a coder or a systems developer, but I’m dreaming more the flow of how I feel logically the system needs to work… leaving the creative sides of the business to operate freely and without their clunky counterparts.

There are ever-increasing platforms that need our music in order to survive, and I feel it should happen the other way around: The artist uploading one true version of their content, and all services point to that one. Nice and simple!

The greatest barrier to getting electoral processes online, according to its detractors, is security. Using blockchain, a voter could check that her or his vote was successfully transmitted while remaining anonymous to the rest of the world. In 2014, Liberal Alliance, a political party in Denmark, became the first organization to use blockchain to vote. With American voter turnout still shockingly low, distributed digital voting may represent a way to enfranchise non-participants.

“Many states use voting machines that are over 10 years old that are not only antiquated and failing, they are also becoming increasingly expensive to maintain as parts are no longer manufactured. Election fraud undermines the very fabric of democracy.” -BTC

Last year a team accredited to observe the 2013 municipal elections in Estonia — the only country to run Internet voting on a wide scale — revealed that they observed election officials downloading key software over insecure Internet connections, typing PINs and passwords, given cameras, and preparing election software on insecure PCs. Norway also canceled trials of e-voting systems in local and national elections, concluding that voters’ fears about their votes becoming public could undermine democratic processes. (Source: estoniaevoting.org)

My hope is, that Blockchain technologies will become the gold standard for all nations of the world shortly. It is time for our system and governments to become more transparent.

The future potential of blockchain applications is still evolving. The next 2 -3 years will all be about experimenting. Regardless of which application becomes the first on a global scale. The bottom line is, Blockchain is here to stay and is transforming how our society functions. 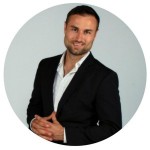