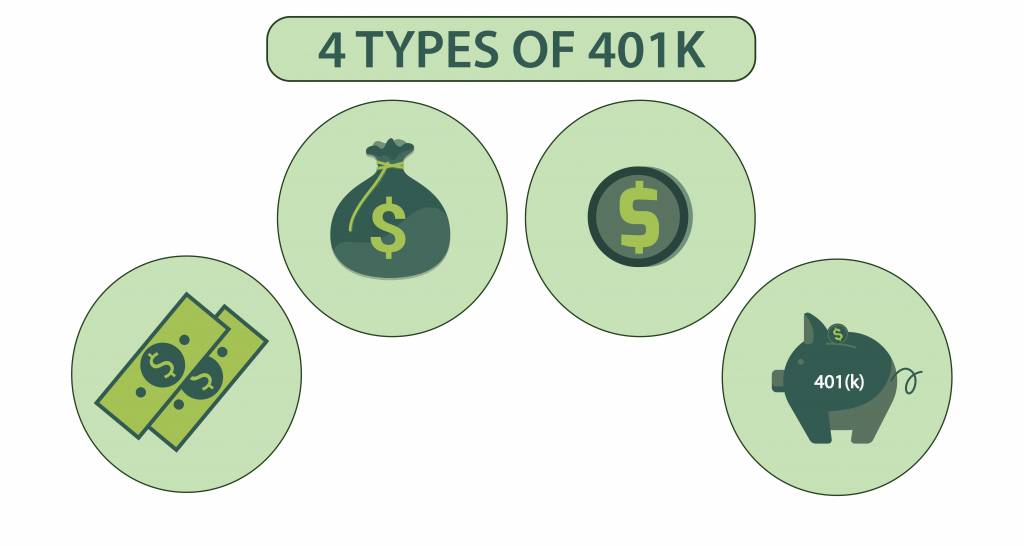 It was a small tweak to one section of a larger tax bill that accidentally created the 401(k) plan, but those new rules weren’t the last changes.

In addition to the “traditional 401(k) plan,” there are now a small number of variations.

The most common variation is a Roth 401(k) Plan. Named after Delaware’s Senator William Roth, who was the primary sponsor of the 1997 legislation that created the Roth IRA, the plans adjust the taxes on 401(k) plans.

A traditional 401(k) plan allows employees to defer taxes on a part of their income until retirement. For most people, that’s beneficial. Usually, people have lower incomes after they retire than they did when they were working. That will allow them to collect their contributions at a lower tax rate.

But tax rates change and so do life circumstances. If you expect that your taxes will rise before you retire or if you think that your income will be higher in the future than it is now, you might prefer to pay your income tax sooner rather than later.

A Roth 401(k) plan lets employees use after-tax dollars to fund their plan. They pay tax on the contribution but the payouts they receive after retirement are tax-free.

Roth 401(k) plans are less common than traditional 401(k)s. Fewer people expect to earn more in retirement than they earned while they were working so not all companies offer them. When companies do offer them, less than half of employees accept them.

Those employees are likely to be hedging their bets. Employees don’t always have to choose between a traditional 401(k) plan or a Roth 401(k) plan. They can choose both, and put some money in each.

That allows them to benefit from some tax deferment while also protecting themselves against future tax rises. If taxes are currently relatively low, you might want to benefit from those rates now before the next administration puts them up.

401(k) plans offer clear benefits to employees. But not all taxpayers are employees; almost 60 million Americans now work as freelancers. They don’t have employers and they’re entirely dependent on their own efforts to ensure that they fund their retirement plans.

Solo 401(k) plans are for freelancers, the self-employed, and independent contractors. If you don’t employ anyone but yourself (or your spouse), and you do have earned income, then you can create a Solo 401(k) plan.

Like an employer’s 401(k) plan, Solo 401(k) plans also come in traditional and Roth forms. You can still choose to defer your taxes until you make your withdrawals or pay the taxes now and take the withdrawals tax-free.

Setting up the Solo 401(k) plan, though, can be a little complex. The IRS requires a written declaration of the kind of plan you want to set up. That’s something you’ll probably want to do with your accountant or tax advisor.

But it’s worth doing if only because a 401(k) has particularly high contribution limits. Because a freelancer is both an employer and an employee they can make tax-deferred contributions from sides. However high their income, they can still squirrel away as much as $58,000 (or $64,500 if they’re over 50) a year on a tax-deferred basis.

It’s also possible to borrow money from a Solo 401(k) plan. While borrowing your retirement money is usually a bad strategy, it can be a useful option if you really need it.

Setting up a 401(k) isn’t always straightforward for small businesses. Like any tax plan, there’s bureaucracy to manage. In particular, retirement plans have to show that they can meet the IRS’s non-discrimination rule. This requires everyone in the company to receive the same retirement plan benefits. An entry-level employee must receive the same employer contributions, the same tax breaks, and the same investment options as a vice president or chief executive. Showing that a 401(k) plan obeys the non-discrimination rule usually means hiring accountants or tax advisors. It can be expensive.

A SIMPLE 401(k) supplies a basic 401(k) plan that small businesses can use to get up and running. The name of the plan stands for Savings Incentive Match Plan for Employees of Small Employers. It’s available to firms that employ no more than 100 people.

The employees who benefit from the plan have to be 21 years old or older, have earned at least $5,000 the previous year, and they need to have been with the company for at least twelve months.

What the company can offer if it meets those qualifications is a kind of mini-401(k). It doesn’t have to show that it meets the non-discrimination rule; with fewer than 100 employees, any differences won’t have a large effect. Contributor limits are lower. An employee can currently pay no more than $13,500 into the fund, and workers over 50 can only top up their contributions by up to $3,000.

Contributions also vest immediately. Use a SIMPLE 401(k) plan and your employees will suffer no penalty to their pensions if they leave the company after a year or two. Unlike many other retirement plans, employees can also take out loans against contributions to their SIMPLE 401(k)s.

So this kind of 401(k) plan can be a good option for small businesses. But it’s not perfect. There’s still a fair amount of paperwork to complete. The business needs to file Form 5500 and issue deferral notices to each eligible employee every year. There’s little flexibility in the employer contributions, and immediate vesting makes it harder to hold onto staff. Companies that use a SIMPLE 401(k) are also prohibited from using any other kind of retirement fund.

But a SIMPLE 401(k) does get a small business up and running with a retirement fund. It enables even small companies to compete with the benefits of large rivals and show that they’re committed to helping their employees plan for their future. It also shows that the company sees its employees remaining with them all the way through to retirement.

Even SIMPLE 401(k)s require some organization and some accounting expenses. One way to share the load is to join up with other small businesses tackling the same problem.

At the end of September 2019, the Department of Labor interpreted existing rules to provide new guidelines that govern how businesses can form Association Retirement Plans, or ARPs.

ARPs are a new kind of multiple employer plan. Previous multiple employer plans required members to have something in common. The companies in the plan needed to be part of the same corporate group or be members of a trade association. The new rule expands the common characteristic to include a geographic region or an industry. It allows organizations such as a local chamber of commerce or a trade group to offer a 401(k) on behalf of their members.

So a café owner who wanted to give their employees the benefits of a 401(k) without the hassle and expense of setting up one up themselves could join the local chamber of commerce. If that chamber offers a 401(k) plan, the café could contribute to it and enroll its employees.

Alternatively, the café owner could team up with the owners of other cafés—either locally or more broadly—to set up a trade association. One of the benefits of that trade association would be a 401(k) for members’ employees.

The rules require the association to have a connection beyond the 401(k) itself, so if you’re thinking of setting one up, ask what else members can offer. If you want to join an association for the 401(k) alone, you might be better off looking for a chamber of commerce or other trade association that already offers a 401(k) plan.