State of Fintech 2017 » Bitcoin And The Rise Of Cryptocurrency

Bitcoin And The Rise Of Cryptocurrency 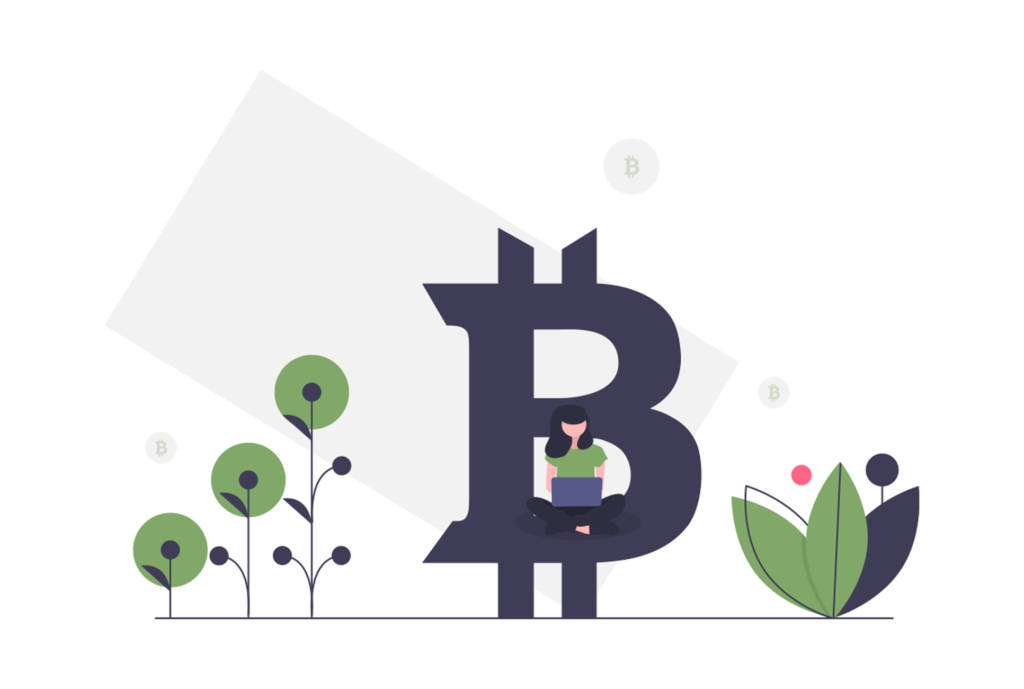 A customer can pay a business online in dollars, euros or yuan. They can enter their credit card into an online payment gateway. Transfer funds from one digital wallet to another or flick money across a social media network. However, those transactions will always have one important element in common. A central bank will produce and regulate the currency.

The bank will decide how much money is in circulation. The bank will also determine the value of currency by adjusting the rate that other banks pay to borrow. The value of the currency the seller receives is unpredictable and subject to the decision of a central banker. Any decision the banker makes will be in the interest of the economy as a whole. However, it might not be in the interest of individuals holding the currency. They have a little direct say and can only try to guess the direction the currency might take.

The Start of Bitcoin

In January 2009, that Internet saw the release of its own currency. Central banks control bitcoin. It has no existence outside of the digital world. And it’s entirely peer-to-peer. The currency is based on an idea published pseudonymously in a research paper by Satoshi Nakamoto. Instead of a mint that prints money, bitcoin uses the blockchain. Blockchain is a kind of digital ledger that tracks the movement of tokens from one wallet to another. As users record their transactions, other users collect those records. They bundle them together into blocks and add them to the ledger. Miners get bitcoin of their own each time they add to the blockchain.

In order to control the rate at which those new bitcoins are produced, the miners have to solve a guessing game whose complexity can be monitored. If bitcoins are being awarded too quickly, the technology automatically increases the difficulty of the guessing game, maintaining a predictable increase in the release of a new currency. The result is a continuously updated record of transactions, the ability to check the location of bitcoins at any time and a currency that’s anonymous, predictable and free of government or banking control.

For users, bitcoin offers a number of significant advantages. The low usage costs are an especially strong benefit. Instead of paying the 3 percent fees usually demanded by credit companies, the cost of transferring bitcoin is negligible. Adding a small tip to a transaction increases the speed to which a miner is likely to pick it up, bundle it and add it to the blockchain but that fee typically ranges between ten and 20 satoshis — between one and two cents. The transactions might be included in the blockchain almost immediately but it’s a good idea to wait a couple of hours to make sure that the blocks aren’t rolled back. Within a couple of hours, enough new blocks will have been added to make sure the transaction can’t be removed.

What does this mean for people?

In theory, then, people who are willing to accept and receive bitcoin have access to an international currency with next to no transaction costs and whose transactions are almost instantaneous. The lack of a central bank, though, does bring concerns. The value of a fiat currency reflects the wealth of the country and the state of its economy. One economy doesn’t rule bitcoin. Its value is a product of its perceived usefulness, and that can vary.

As a result, bitcoin has been plagued by a high degree of volatility. The bitcoin volatility index, a measure of the currency’s movement, typically gives the currency a 60-day volatility rate of around 4 percent. By way of contrast, instability in a fiat currency will usually be between 0.5 and 1 percent.

That volatility can be both an advantage and a risk. Someone who had accepted $100 in Bitcoin at the start of 2013, when the price was about $11, would now have around $10,000 worth of bitcoin — a pretty good return for a seven-year holding. In between, though, he would have seen the dollar value of his holdings rise close to that level in November 2013 only to drop to around $20 over the following months before climbing again.

That volatility is driven by a number of factors. The small volumes traded in contrast to fiat transactions mean that any significant movement can have an effect on the market in either direction. Rumors, such as the expectation that bitcoin would be approved as an exchange-traded fund, can influence demand. And despite its apparent impregnability, bitcoin has also been plagued by security issues.

In 2014, Mt. Gox, then the largest bitcoin exchange, collapsed into bankruptcy with $27.4 million missing from its bank accounts… and another $460 million in bitcoin apparently stolen by hackers. It was mostly a tale of incompetence. An account of the company’s collapse in Wired described a financial services site that pushed out untested software changes to customers, had no version control to prevent coders overwriting each other’s files as they were working on them, and allowed security patches to wait for weeks for approval.

Mt. Gox was, in effect, everything that could go wrong with fintech: an important idea badly implemented whose collapse had a large impact on both the public and the industry as a whole. It was a while before potential bitcoin users had the courage to dip back in. And bitcoin has been plagued by a series of other hacking incidents that have allowed the currency to be siphoned from exchanges and other holdings. Despite those setbacks, though, demand for the currency has continued to grow and because the production of bitcoin is restricted, its price has increased too.

What does that mean for Bitcoin holders?

With that growth has developed ever more sophisticated ways of protecting bitcoin holdings. Bitcoin holders can now keep their currency in cold storage containers that maintain their public keys offline and secure, reducing the risks of loss or theft. Most intriguingly, some fintech entrepreneurs have developed currency trading platforms for cryptocurrencies that are as sophisticated as those used by fiat currency traders. BitMex and Crypto Facilities are just two of a number of platforms that now allow users to set future prices for their bitcoins, protecting them against volatility. They can even use leverage, hedging and stops to increase the potential profit off their investments (and their potential losses.)

The idea of Blockchain

The idea of the blockchain is an act of technical wizardry that has implications beyond the world of finance. It can be used anywhere an unchangeable digital ledger could be useful. It also allows anyone, in theory, to send and receive coins without an intermediary using only the bitcoin software itself. In practice, however, bitcoin users tend to register with wallets that allow them to send and receive bitcoins as easily as they can with any other digital wallet. And like digital wallets that take fiat currency, those exchanges and wallets are restricted by region and compete for customers according to the services they offer, the usability of their features and the speed of their customer service.

Coinbase, for example, is among the platforms setting the standard for bitcoin exchanges with a platform that looks a great deal like any other digital wallet. The site has changed around $6 billion worth of digital currency, serving nearly six million people in 33 countries.

Obtaining bitcoin on the site is as simple as registering, connecting a bank account, and buying bitcoin. Or, having registered, receiving bitcoin from someone who sends it to their public key or email address. Additionally, Coinbase tries to win customers by emphasizing its mobile wallet; the secure offline storage that keeps their holdings safe from hackers and even scheduled buys that enable users to slowly build their holdings.

Those additional features aren’t intrinsic to cryptocurrency, any more than Crypto Facilities’ hedges. But they do show that even when using a tool as innovative as the blockchain. It is still possible to continue innovating and looking for new ways to develop the technology.

Coinbase has one advance locked into it. In addition to being able to buy bitcoin, Coinbase’s customers can also buy Ethereum, an alternative cryptocurrency. Altogether, there are now at least a hundred different cryptocurrencies which have a combined market capitalization of nearly $21 billion. Bitcoin makes up over $18 billion of that total; Ethereum comes a distant second with a market capitalization of a little over a billion dollars.

But Ethereum isn’t a direct competitor to bitcoin. Instead, it takes the idea of a cryptocurrency even further by allowing anyone to create their own tradable tokens. Ethereum describes itself as a “decentralized platform that runs smart contracts”. It effectively opens up blockchain technology to anyone who wants to use it. Services that people have built using Ethereum include insurance policies for flight delays and crop damage, a decentralized hedge fund with social trading, and an advertising platform with revenue sharing for referrals.

The blockchain on which a whole new currency depends has allowed anyone. Any person with an understanding of coding, that is — to not just create their own currencies. They can use the idea of a currency to build entire applications. Even if few people are currently using those applications, the growth of bitcoin and its rapid rise in value has shown that a way of paying for goods that have been used for millennia is currently in the process of undergoing endless experimentation and progress.