Menu
Login
Blog » Retirement » What is a Non Qualified Annuity?

What is a Non Qualified Annuity? 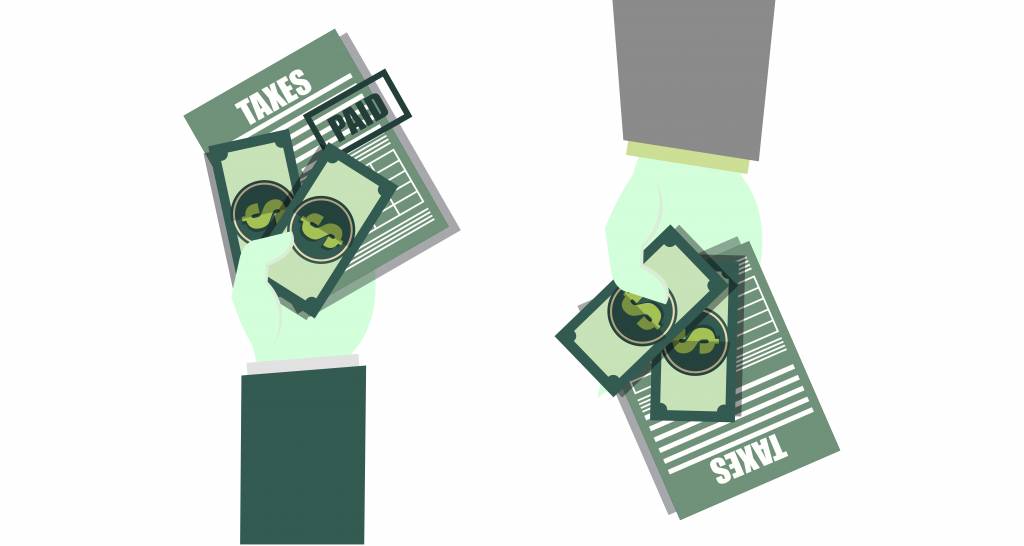 The other day I stopped by a deli to grab a sandwich for lunch. Since it was cash-only, the process was simple for all parties involved. I order my sandwich, hand them a $10 bill, get my change, and walk out with my lunch. And, the deli will eventually deposit that money into their bank account to pay for their expenses.

If only it were that simple when it comes to purchasing annuities.

See, one can not simply walk into an annuity company, throw down some cash, and leave with an annuity. Instead, how you fund premium will have ramifications on how the annuity is taxed and distributed.

Generally speaking, there are two categories of retirement accounts that exist: qualified and non-qualified. While both can provide tax-deferred accumulation of retirement funds, each has its unique set of features that you should be aware of.

With that in mind, let’s first explore non-qualified annuities.

What is a Non-Qualified Annuity

As a refresher, when you buy an annuity you’re pretty much purchasing an insurance contract. You pay the annuity company a specific amount of money for the annuity contract. In return, the insurance company will make payments to you at a later date.

In that way, an annuity is like grabbing a tasty sandwich from a deli. But, with annuities, it can get become much more complex.

You can decide if you want the annuity payments to be deferred or immediate. With the former, you’ll receive payments maybe five or twenty years from now. With an immediate annuity, payments begin, well, immediately.

What’s more, annuity payments can either last for a fixed period of time or be guaranteed for life. They can also accumulate at a fixed or variable rate. And, annuities can be partially or fully sold for cash or passed on to a beneficiary.

With non-qualified annuities, you’re using after-tax dollars to fund the annuity. That means you’ve already paid taxes on the money that you used to purchase it with. Additionally, there are no required minimum distributions. So, in a way, this is similar to how a Roth individual retirement account works. Unlike a Roth IRA, however, earnings that are withdrawn from non-qualified annuities are taxable at your regular tax rate.

And, the IRS doesn’t impose limitations on how much you can contribute to a non-qualified annuity annually. Just be aware that the insurance company that sold you the annuity may set an annual cap on contributions.

If you’re still lost on what exactly a non-qualified annuity is, hopefully, this next section will clear the air.

A non-qualified annuity is a product that you purchase outside of an employee benefit, such as a 401(k). Because you’re rolling over funds that have already been taxed, aka after-tax dollars, your initial investment is not subject to taxes once it’s disbursed. As such, this allows for tax-deferred growth.

Again, there are no contribution limits. There also isn’t a mandatory distribution age. And, through a 1035 exchange, you can transfer funds from one policy to another without any consequences.

Furthermore, like most other types of annuities, you can include a death benefit. So, if you die before disbursements are issued, the remaining annuity funds can go to a beneficiary or heir.

Advantages and Disadvantages of a Non-Qualified Annuity

“The biggest benefit of an annuity is that your investment can grow on a tax-deferred basis,” notes the Motley Fool Staff. “As long as your money remains invested in the annuity contract, you don’t have to pay any taxes on any income or gains that the annuity produces.” Moreover, since “annuity contributions aren’t eligible for any sort of tax deduction, the tax treatment of an annuity most closely resembles a nondeductible traditional IRA.”

Additionally, “the tax laws allow you to make transfers from one annuity to another without recognizing any tax. So-called Section 1035 exchanges cover the trading of life insurance policies and annuity contracts, and the tax-law provision allows such exchanges without having to recognize capital gain.”

Other advantages with non-qualified annuities include;

“Exactly how much of your withdrawal is subject to tax can get tricky,” they add. “For most annuities, if you just take a withdrawal, it will be deemed to have come first from earnings, meaning that the entire amount is taxable until the value of the annuity contract falls below the total of the premium payments you initially invested.”

Another drawback is that non-qualified annuity premiums are not deductible from gross income.

When you make a withdrawal from a non-qualified annuity is withdrawn, you don’t have to worry about any taxes that are due on the principal. Rather, income taxes are based on any earnings and interest. FYI, if you bought a non-qualified annuity after August 13, 1982, then your distributions must adhere to the “last-in-first-out” protocol of the IRS.

The IRS determines the portion of a non-qualified annuity withdrawal that is taxable. This is determined through a calculation called the exclusion ratio. It’s based on factors like the length of the annuity, the principal, and the earnings.

What if a non-qualified annuity is set up for lifetime payments? The exclusion ratio will take into account the life expectancy of the annuity owner. Ideally, in this scenario, the principal and earnings will be spread over the owner’s lifetime. As such, if they surpass their calculated life expectancy, payments beyond that time period will be taxed as income.

So, let’s say that your calculated life expectancy is 85 years old. The exclusion ratio will decide how much of each non-qualified annuity payment will be considered taxable earnings until reach this age. After the age of 85, annuity payouts will be viewed as taxable income.

If your funds from a Roth IRA or Roth 401(k) to purchase the annuity, instead of a traditional IRA or 401(k) account, withdrawals are tax-free.

What about deductibility? Contributions into non-qualified accounts do not generate tax deductions. And, this will not affect your tax rates.

What do you purchase non-qualify funds with?

With after-tax dollars, you earn the money and pay income tax on it. After that, you deposit this money into an account where it can earn interest. Examples of these kinds of accounts include;

The original amount you invest is what’s known as the “principal.” This is known as your “cost basis” in a taxable investment account. When you cash in an after-tax investment, that’s a non-retirement account, you’re responsible for taxes on investment gains that are above your original investment amount.

But, not all gains are taxed the same — even in after-tax accounts. Usually, the longer you don’t touch the investment, the more favorable your tax situation will be. Long-term investments will deliver returns as qualified dividends and long-term capital gains. These are often subject to lower tax rates. And, sometimes, long-term capital gains will not be taxed.

If you have funds in an after-tax account, your financial institution will send you a 1099-DIV or 1099-INT form annually. This will display the interest and dividend income, as well as capital gains earned. This must be reported on your tax return. Also, Form1099-B will be sent to account holders to report annual capital gains and losses.

Is there an annual cap on purchase?

There are no annual caps with a non-qualified annuity.

Are there distribution requirements?

There are no distribution requirements regarding a non-qualified annuity.

How are distributions from accumulation annuities taxed?

“For non-qualified annuities: You won’t owe tax on the amount you paid into the annuity,” writes Daniel Schorn for Northwestern Mutual. “But you will owe ordinary income tax on the growth. And when you make a withdrawal, the IRS requires that you take the growth first — meaning you will owe income tax on withdrawals until you have taken all the growth. Once the growth portion has been exhausted, you’ll start receiving funds tax-free from the principal, or basis.”

How do distribution and transfers work with a non-qualified annuity?

Both qualified and non-qualified annuities require you to be the age of 59 ½ before making a withdrawal. If you take any money out before that age the IRS charges a 10-percent tax penalty on earnings. Just note that there are exceptions if you become disabled or die.

There’s also a federal law requiring qualified annuity owners to start taking distributions at the age of 70 ½. There’s no such requirement if you own a non-qualified annuity. Be aware that some state laws, however, may have this type of requirement.

Also, you can transfer funds between various kinds of annuities, such as fixed and variable, without paying an early withdrawal penalty. The reason? These types of exchanges are covered by Section 1035 of the Internal Revenue Code, aka a 1035 exchange.

Is a non-qualified annuity right for you?

If you anticipate that you’ll be in a higher tax bracket at retirement, or would like to continue to contribute to an annuity, then you might want to commit to a non-qualified annuity.