Why More U.S. Retailers Have Yet to Upgrade for EMV 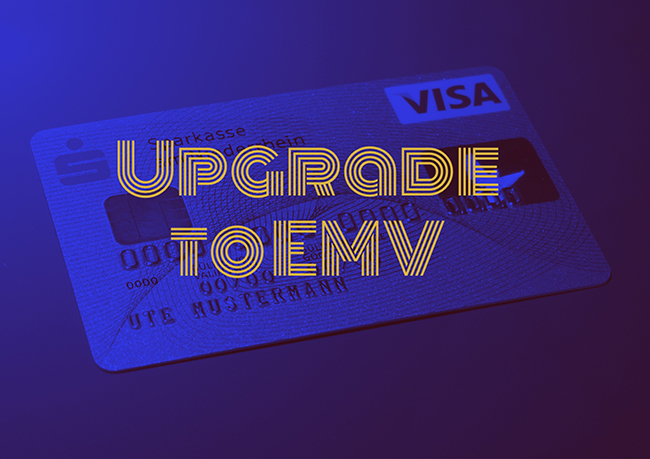 It’s been six months since retailers were required to upgrade their POS systems so that they’ll accept EMV, aka that new credit card with the chip. While there a several benefits of EMV, mainly lessening fraud and hacking, not all retailers have embraced the technology. In fact, according to CardHub, 42% of retailers have yet to upgrade their terminals.

There are a few explanations on why this is the case. To make things easier, here are the main reasons why retailers haven’t upgraded to EMV.

If you own a small business and just purchased a payment terminal two or three years ago, would you be willingly to invest in a brand new terminal? Probably not. And, that’s one of the biggest barriers that EMV faces.

If a mom and pop shop has perfectly fine payment terminal that is relatively new, they’re not going to purchase a new terminal for $500 – especially when they could get around 7 years of use with their current terminals. As Allen Weinberg, co-founder of management consulting firm Glenbrook Partners, asks, “Why incur the expense and hassle of upgrading when you are highly unlikely to ever see a counterfeit card?”

In short, if it’s not broken, why fix it?

Hardware isn’t the only hold-up. There are approximately 5 million EMV-ready terminals at U.S. stores, but only one million accept chips. The reason? These terminals don’t have the proper software to accept chips.

Michael Moeser, director of payments at Javelin Strategy and Research, told Bob Sullivan on Credit.com that “Just because you see an EMV slot on a terminal, doesn’t mean it works.” Moser added, “Getting the terminal to accept EMV cards is a two-part process. First, the merchant either needs to load newly developed software or integrate new software from a third party into its back office systems to allow the terminal to accept EMV. Second, then the new terminals and the merchant need to undergo a certification process with each of the card networks, typically done in combination with its merchant acquiring bank. The certification queue is currently very long as you can imagine. That’s because there are a number of merchants seeking to roll out EMV at the same time.”

In fact, when the deadline for merchants to have EMV-readers installed last October, software was one of the first issues. “We began readying our stores to accept chip-enabled credit cards a couple of years ago when we replaced PIN pads with EMV-capable terminals at checkout lanes,” said Tara Deering-Hansen, a spokesperson for the supermarket chain Hy-Vee, told USA Today. “Despite our significant effort and planning, the state of the industry is such that many software vendors are not ready for the transition” she added. “Many retailers across the country are like us and they’re waiting for their vendor partners to provide the software needed to communicate with already installed EMV card readers.”

Some retailers who have purchased EMV-ready terminals can’t use them because of a software issue. This has become a costly concern. That’s because merchants who haven’t upgraded are required to cover fraudulent transactions themselves. That has cost small businesses, such as Milam’s Market and Grove Liquors in Florida, thousands of dollars. In the case of Milam’s, the business has been charged $9,200 from MasterCard and Visa since the October 1 liability shift for 88 chargebacks for fraudulent transactions. Milam’s, and several other retailers, have now taken this issue to court and are suing the banks for not delaying the certification process.

If you shop at a store that accepts chips you probably have noticed that the process is a little more cumbersome than swiping your card. That’s because you either don’t know the process, the cashier isn’t trained, or inserting your card holds-up lines. In short, EMV terminals aren’t the most convenient.

Weinberg has several reasons on why this has become accepted within the retail community.

If retailers have these preconceptions regarding EMV, then why would they want to make the transition?

Why Carry Plastic At All?

We now live in a world where you can purchase items through our smartphones. As technology continues to advance, we’ll even be able to use wearable gadgets like smartwatches to complete a purchase. Even more appealing, the increase in beacons will allow mobile users to order a product and pick it up. For example, you could order and pay for dinner at your favorite restaurant while on your commute home from work.

With emerging mobile payment options already here, we could be heading into a future where we no longer carry plastic at all. Because of that, some retailers may have decided to embrace these type of technologies instead of EMV.