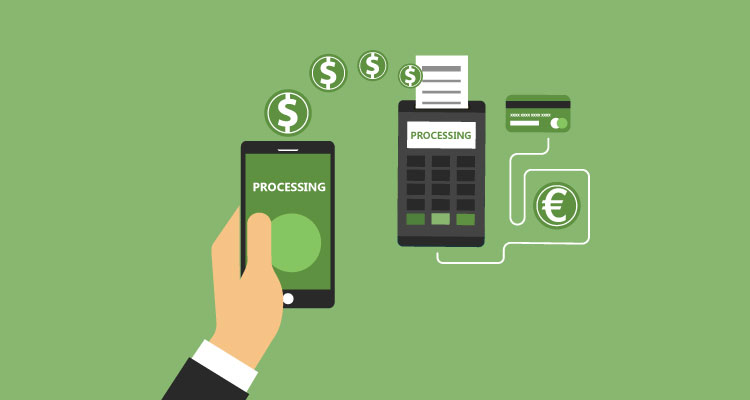 Considering the fact that 95% of Americans own a cellphone, with 77% being a smartphone. Mobile phone users will likely climb to almost 5 billion by 2020. With these numbers, it’s easy to understand why there was a lot of hype surrounding the future of mobile payments. The reality is that the mobile payment industry hasn’t been as disruptive as initially believed.

For instance, mobile wallet adoption has been fairly low and slow. A PYMNTS.com study found that Samsung Pay had the highest usage among mobile wallets. This has been at a constantly 4.5%. Apple Pay came in second with 4% usage.

Does that mean that the future of mobile payments is doomed?

“So far mobile wallets aren’t attracting much consumer interest. Apple Pay is the oldest mobile wallet, regularly clocking in between 4-5% of people who could use their wallet actually using it.

The lesson, though, isn’t that wallets are dead but that the providers, and innovators, really need to focus on features. People are demanding features and service. This innovation will get consumers, and merchants, excited,” said Karen Webster, CEO of PYMNTS.com, in a press release.

In fact, several retailers and payment providers are seeing the potential that lies with mobile payments.

For example, Starbucks is garnering around 1,200 locations. They now get 20 percent or more of their orders through mobile order and payment.

“The tremendous success of mobile order and pay has also created a new operational challenge in our highest volume stores that has been building for several quarters — significant congestion at the hand-off plane,” Kevin Johnson, Starbucks president and chief operating officer.

What Are The Big Payments Companies Saying?

Retailers, Visa and MasterCard are finally getting behind mobile payments. “E-commerce enabled by mobile and other form factors is a significant opportunity, and we are definitely investing behind it,” said Visa CEO Alfred Kelly.

There’s also the elephant in the room that the findings listed above have not taken into consideration: The Millennials. These are the largest customer base, who are hyper-connected, educated, and refusing to own credit cards.

Nearly half of Millennials have used a mobile wallet. Instead of turning to traditional payment methods and providers they’re opting to Google, Apple, Amazon, PayPal, or Square. These businesses provide them with digital services, personalization, and availability to real-time data.

Scott Blum, who leads Marketing, Business Development, and Integrated Payments for Total Merchant Services believes that “payment providers will find new ways to differentiate and offer value to their customers beyond low rates.”

Because of the usage among Millennials it’s anticipated by Business Insider that mobile payments will grow. Expected at a compound annual growth rate (CAGR) of 80% through 2020, and to reach $503 billion.

Furthermore, other reports are predicting that by 2025, 75% of all transactions will be made without cash.

We’re moving towards a cashless society.

Cash may currently be king. We probably won’t see it disappearing anytime soon. However, cash is just too incredibly inconvenient and inefficient.

The frequent trips to the bank or ATM and those costs are frustrating.  Fumbling around with change while checking out at the grocery store, and noting how dirty money is, it’s no wonder people are embracing a cashless society.

According to a 2015 study conducted by Business Insider, 40% of Millennials surveyed would give up cash entirely if possible. From survey’s like this, it show the possibility of it becoming a reality.

In Europe, Sweden expects to be cashless within the next five year and Denmark has pledged to eradicate cash by 2030. Countries like Singapore, Canada, Australia, and the U.S. are all making a fair percent of cashless transactions.

You often don’t get a receipt when paying with cash. That’s not a problem when just purchasing personal items, but it is a problem if these are items that can be deducted for your business.

Finally, according to Due’s Angela Ruth, cash isn’t as secure as mobile payments, you can’t earn rewards, and it’s not as fast or convenient. Cash isn’t capable of budgeting, tracking, and monitoring your spending.

“Millennials aren’t just preferring a paperless future, they’re expecting a world where all money is going to be digital,” writes Ruth.

The rise of NFC and BLE.

The most popular mobile wallets, including Apple Pay and Samsung Pay, rely on near field communication (NFC) technology.

This technology allows customers to make a purchase just by holding their phone to a credit card terminal. It’s not only convenient, it also drastically speeds up the time that customers spend in the checkout line. This, especially since the lengthy and painful adoption of EMV.

This also explains why the global NFC Market is poised to grow at a CAGR of around 17.9% over the next decade to reach approximately $49.5 billion by 2025.

Also, since most mobile wallets require two-factor verification, processing payments using NFC is secure for customers to use.

As for merchants, accepting mobile wallets payments is fast, and it’s an affordable payment option. Due, for example, charges a low, flat 2.8 percent transaction fee no matter where the payment is coming from in the world.

Similar to NFC is Bluetooth Low Energy (BLE). As previously explained, BLE “takes place on either the consumer or merchant’s device where data is stored in a mobile payment account. Examples include PayPal’s beacon and iBeacon.”

“Merchants are using BLE and NFC that connect mobile devices with either beacons or NFC tags,” says Rampton. “With BLE, the transmission is continuous and can be used in large areas. The customers can receive notifications and coupons. NFC is easily activated by the customer and is better suited for one-on-one interactions.”

As a result of this technology, experts predict that as mobile payments and mobile wallets will become more widely accepted. Businesses of all sizes and consumers will steadily move away from carrying around plastic.

Wearables will continue to evolve.

Consumers may ditch physical cash and cards, but they’ll not solely go to relying on their smartphones.

As wearables have evolved, gadgets like smartwatches have already begun to function as mobile payment devices. These devices can facilitate contactless payments using NFC, as well as a mobile wallet.

The wearables market will also expand into devices like battery-free and water-resistant smart rings.

There will also be clips that attach to a user’s waistband or belt buckle and clothing to facilitate NFC mobile payments.

Wearable bracelet-style bands  that can use a person’s heart rate to authenticate ownership and validate NFC purchases are currently being piloted. All of these options and more innovation are coming to facilitate secure mobile payments.

There’s been an onslaught of proprietary mobile payment apps most likely inspired by the success of Starbucks.

Some of these are being launched. Retailers are preparing in order to retain business when transactions become card-free for a seamless and frictionless checkout process. These apps will increase revenue by improving the customer experience, and can provide insights and build loyalty programs.

Walmart launched its own mobile payment platform in 2016. Their app allows customers to enter a PIN code into the app on their mobile device when they’re ready to pay.

The customer then has the option to charge their purchase to either a major credit or debit card, or a Walmart credit card or gift card.

Joining in on the fun are companies like Target, CVS, Dunkin Donuts, and McDonald’s.

Instead of waiting to print out a paper receipt, the receipt can be sent to the customer digitally. Having the receipt arrive to their email address will create a better customer experience.

Digital receipts also allow you to keep them safe and convenient so that you can quickly locate them while recording expenses or filing taxes.

Another feature that mobile payments offer is allowing consumers to charge purchases and access cash in their account through a debit card.

They’ll actually allow users to withdraw cash from ATMs as well. In May 2016, Bank of America launched mobile technology for ATM users.

They can access their cash without a card just by tapping their mobile device. This all thanks to NFC technology.

Since mobile devices and cameras go hand in hand, it’s not mindblowing that “selfies” would become a part of the mobile payments experience.

In 2016, MasterCard launced “selfie pay” for payment authentications. Amazon filed a patent that would let customers replace password by snapping a selfie.

In both examples, this technology has the potential to reduce identity theft or unverified transactions.

As the technology continues to improve, and more retailers and payment providers accept selfie payments. We can expect this to become increasingly common over the next several years.

Additionally, companies like Flint, are revolutionizing the credit card processing industry by scanning a customer’s credit card. Instead of swiping a credit or debit card, the merchant just snaps a picture of the card. The smartphone has the information is encrypted. Since the card information is never stored on the device security shouldn’t be a concern.

What’s holding people and businesses back from completely embracing mobile payments? There’s a variety of reasons. They may not be familiar with the technology and they’re content with their current payment options.

The biggest barrier, however, is security. As more financial institutions and retailers adopt mobile payments, along with FinTech advancements. Biometrics will help to alleviate security concerns. should be put at ease.

Most importantly, Millennials are receptive to the idea of a cashless society. Millennials will likely be a driving force to make fast, convenient, and secure payments. Millennials also demand that they be rewarded for their loyalty.

Merchants, can also offer personalized shopping experiences, like sending specific promotions to specific customers. History, preferences and location can provide the bases for this.

We may not be there yet, but the future of mobile payments will be a real game-changer in the next couple of years.