Retirement Options Show How to Maximize Your Annuity 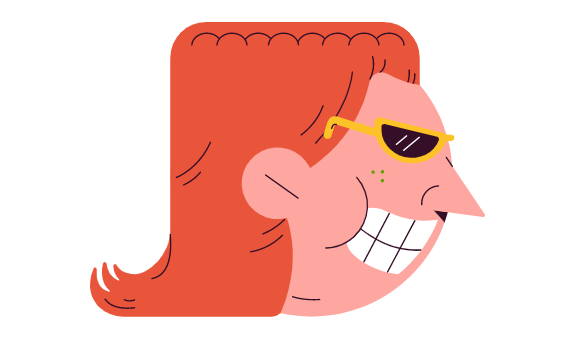 Before buying an annuity, understand the fees retirement annuities involve. In addition, new products can result in higher prices and greater complexity.

Retirement Options Show How to Maximize an Annuity

Retirement annuities are being included in funds with a target price date by a small but growing amount of companies. Also, all-in-one portfolios serve as the default investments for auto-enrollment. The all-in-one portfolio holds around 30 percent out of $10.4 trillion of 401(k)-type plans.

The investment company BlackRock, Inc. is the manager of greater than 350 billion of target-date funds. In addition, they announced that five employers have agreed to use the LifePath Paycheck, a target-date fund that offers annuities, as part of the 401(k) programs. These include those from the Tennessee Valley Authority Retirement System. Also, Advance Auto Parts Inc. will participate.

Employers offer their employees access to annuities with a price set by institutions that pay a more significant per-month income than participants can receive through the market for individuals.

According to Callan, nearly 10 percent of companies provide an option for retirees to purchase an annuity without their 401(k) program. An increase from 1.9 percent in 2015. Additionally, 4.1 percent let employees put money into a guaranteed income product part of the plan, up from 2.7 percent in 2007.

The Prices of Retirement Nest Eggs

The process of figuring the best way to ensure that nest eggs last for the long haul can be challenging.  “More employers are becoming aware of the need to change retirement plans away from focusing on savings to generating the retirement fund,” said Jennifer DeLong. DeLong is the head of defined contributions for AllianceBernstein LLC.

AllianceBernstein has seen its assets from the Lifetime Income Strategy, which is a combination of a target date investment and an annuity that has more than doubled in the past year to more than $6 billion.

Employers may be turning to these choices to convince retirees, who typically have the highest accounts–to save at least a little of their funds inside the firm’s 401(k) plan instead of transferring their savings into an account for retirement savings once they retire.

The higher the number of assets within an employer’s plan, the higher the chance that the company will have the influence to negotiate with fund managers to lower fees.

The IRAs have a wealth of investment choices. But the majority of 401(k)s offer low-cost versions of funds that aren’t available to individuals who invest, according to a survey of 1,125 retired workers and retirees conducted by Pew Charitable Trusts. About half of them rolled some funds into an IRA at retirement.

Employers are becoming more aware of the necessity of transforming retirement plans, shifting their focus from savings to generating the retirement fund.

Annuities are a popular option in 401(k)s was boosted by an amendment to the law that shields employers who follow specific guidelines from being sued if they choose an insurance provider that is later unable to pay annuity payouts.

Vanguard Group and Fidelity Investments, the two biggest companies that offer target-date funds, say they don’t have any immediate plans to integrate annuities into the products.

An increasing number of rivals do not agree.

TIAA is a specialist in retirement plans for non-profits and universities, reports that 122 plans and 93,000 members with $9.3 billion in assets are using its target-date option for annuities. In addition, JPMorgan Chase & Co., Nationwide Mutual Insurance Co., and Wells Fargo Asset Management have or are planning to introduce their own products.

Annuities are available within target-date funds. They are typically available to those 50 or older. Who will be more aware than younger employees of their needs for retirement in light of savings, health, and Social Security benefit? Younger bank and annuity clients are beginning to focus on retirement needs from watching their parents struggle with funds that don’t cover expenses in their current retirement.

Experts recommend annuities for retired people. Who are unable to meet their basic living expenses without a guaranteed income. These sources include Social Security.

Variable annuities usually provide exposure to the market. They permit buyers to take their money out. Fixed annuities typically have higher payout rates. They could require the purchaser to surrender their principal to the insurance company. Fixed annuity payments can begin immediately. Some defer payments until 80 or 85 in exchange for a higher amount of income.

Before you buy, it’s essential to be aware of an annuity’s costs and features. Such as the date when payments start and how much they cost. As well as the possibility of getting the money back should you don’t like the plan or require cash.

To understand how variable annuities work, look at the one provided through the State Universities Retirement System of Illinois, which automatically enrolls employees to the AllianceBernstein Lifetime income Strategy.

As soon as employees reach the age of 50, the fund begins allocating an annuity. At 65, the total amount is in the annuity unless the participant decides to leave it.

In retirement, the variable annuity will pay an annual amount for the duration of time. The average yearly payment can range from 4% to five percent of the high threshold in the bank account, including the amount of money invested and the buyer’s age.

The amount of money paid can increase when the balance is increased due to market volatility. Retirement savers can withdraw their funds in any way, and cancel the annuity.

Retirement savers are charged around 1.25 per year, when they are fully invested in their annuity. However, it is typical to pay more than 2 percent in the private market for variable annuities, HSA’s, and investment costs.