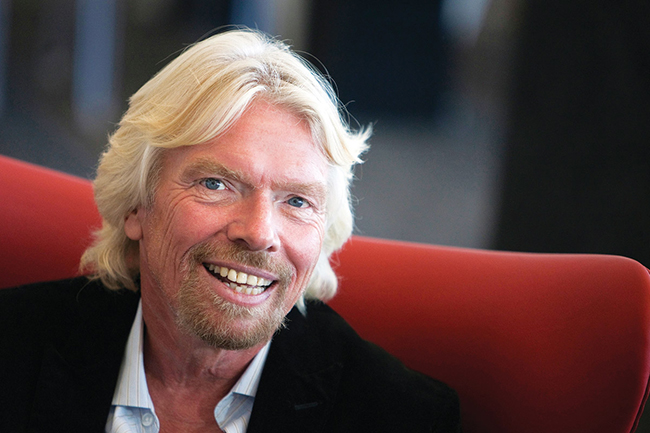 Why care about public speaking?

It’s because as you become more and more important in the world of business, the more and more speeches you must give. Although, Richard says that as often as possible, he’ll try to do a question and answer session instead of a formal speech. He said the audience usually gets more out of it and the speaker usually finds it more fun. He certainly does. Though if you are giving a speech for a specific purpose, it’s okay to have a few plants in the audience to ask you about what you want to talk about.

As said in the book, there are two types of people: those who get nervous giving speeches and liars. Whether you’re a new freelancer or an established business person, everyone gets nervous. It’s a healthy sign. It means you care.

Richard Branson told a story of his first radio interview. After the interview, the interviewer sent Richard two tapes. The first tape was a 10-minutes long and that’s the version that would be used. The second tape included all of his filler words: ‘um’ ‘uh’ etc.

The second tape was longer.

Imagine You’re in a Comfortable Setting

To avoid getting as nervous, imagine you’re giving the speech to a close knit audience. Imagine just speaking with close friends and family in your dining room. Getting nervous in front of a large group of people is silly. There’s no reason for it. You can overcome the fear by placing your mind in a comfortable setting – even if it’s only make believe.

Don’t Rely on a Teleprompter when Public Speaking

He tells a funny story of the first time he used a teleprompter. The technician asked if he had used one before. Not wanting to sound ignorant, Richard said he had. That was a mistake. When he got on stage, he noticed that a few minutes into his speech, the words on the screen kept moving faster and faster. He could barely catch his breath as he hurried to keep up. After the speech, the technician went up to him in private and said, “Wow, you’re a fast talker. I could barely keep up with you.”

Richard also told a story of how a prominent Hollywood figure was embarrassed when the teleprompter broke during one of his speeches. He mumbled something and ran off stage. This is why it’s important to always have a paper copy of your speech. Richard prefers note cards. He also recommends you add certain words to your note cards. Words like ‘slow down’ to remind yourself what to do. Often a well placed pause speaks volumes.

In public speaking, there is usually time for comments. Richard says never to say “No comment.” It makes you sound guilty. Instead say something like, “I’m really sorry but until we gather all the facts we are not in a position to issue a statement.” He’s famous for saying “Screw it, just do it.”

Actually Get Back to Them