Maybe it’s Time for Your Investments to go Green 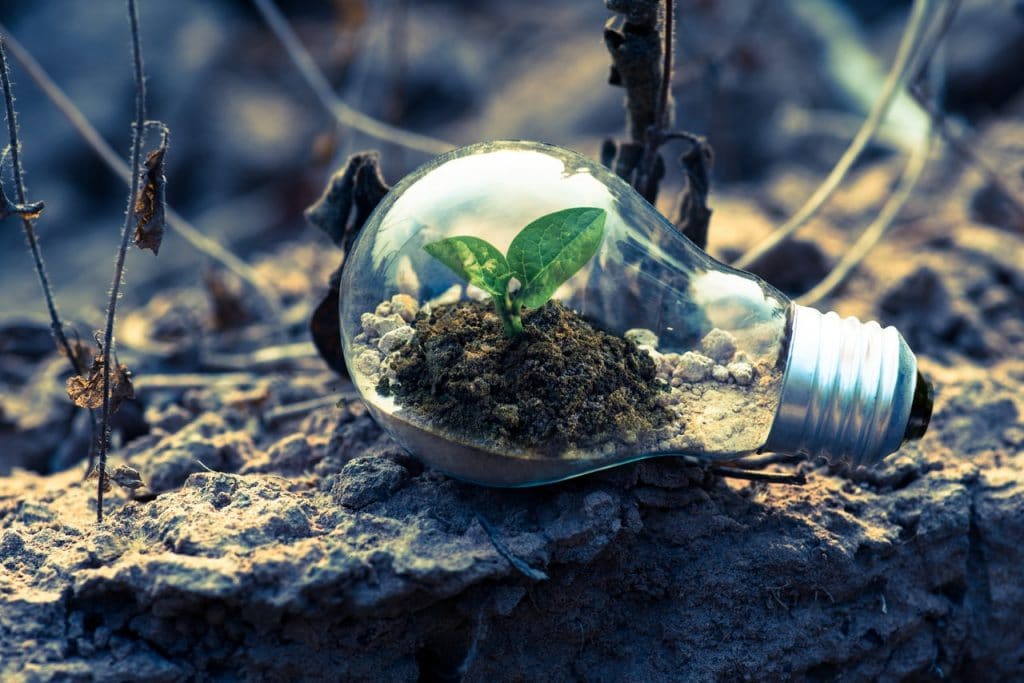 Most people have some sort of concern regarding climate change — some would even say it’s a crisis. While this actually varies by country, research from the University of Oxford’s Reuters Institute annual Digital News Reports found that roughly seven in ten think climate change is “a very, or extremely serious, problem.”

Maybe It’s Time for Your Investments to go Green

What can we do about this? Well, everyone can participate by doing the basics. I’m talking about the “3 Rs,” conserving water, and buying more sustainable products. You could also plant a tree, donate to nonprofits, or contact your representatives.

Another way you can help save the plant? By going green with your investments.

Despite the misconception that you will sacrifice returns if you invent with your values, sustainable funds outperformed their conventional fund peers in 2019. And, there are no signs that this won’t continue to be the case.

But, if you still need some convincing, here are five reasons why you should invest in green energy and renewable energy stocks. And, how you can get started.

While it’s true that the demand for energy continues to rise, don’t expect that to come from oil, gas, and coal. While COVID has certainly impacted the fossil fuel industry, energy economists have been sounding the alarm for years. More recently, however, experts are declaring that it’s the beginning of the end for these types of energy sources.

“Overall, oil and gas producers have lost $400 billion in market value over the last four years,” writes Kate Aronoff for The New Republic. “ExxonMobil, the world’s most valuable public company in 2012, saw its stocks drop to nine-year lows” during the first week of February 2020. “And Goldman Sachs recommended that investors cash out.”

Even the coal industry, which was propped up by the Trump administration, is on its last leg. You can blame too much competition from natural gas, nuclear, and renewables. And, insurance companies are refusing to underwrite coal-fired power plants and coal mining ventures.

What was the catalyst? Public perception, for one. “Big polluters face ever-louder criticism from activist outfits like the Sunrise Movement and Global Climate Strikes, as well as a string of climate-related lawsuits and activist investors who—controlling some $35 trillion worth of assets—are demanding emissions cuts, as activists on college campuses and within pension funds call for outright divestment from producers,” adds Aronoff.

Moreover, consumers and companies are turning to renewable resources as they become more affordable and accessible. In fact, even in Texas, there’s been a shift from fossil fuels to wind and solar for the state’s electricity grids.

In short, the days may be numbered for fossil fuels. And, what’s going to replace it? Renewable energy sources.

“The cost of renewable energy developments has declined to the point where they’re becoming cheaper than fossil fuels,” writes Matthew DiLallo for The Motley Fool. “Onshore wind is less expensive in many areas than building a new combined cycle gas turbine, while solar is rapidly reaching that point.” Some forecasters also believe “that solar will soon be the lowest cost supplier of bulk power.”

“Because of that, and growing climate change concerns — which is powering net-zero pledges around the globe — renewable energy development is accelerating,” adds DiLallo. I would also think that the U.S. rejoining the Paris climate change agreement will give the green energy sector an additional boom.

“According to the National Renewable Energy Laboratory, the sector is on track to add an average of 10 gigawatts (GW) of new solar and a similar amount of new wind capacity per year through 2022,” notes DiLallo. “Forecasters see a brisker pace in the 2023 to 2030 timeframe of 12-15 GW of wind and 18-20 GW of solar, implying 15% average annual market growth.” Because of this, “the companies focused on the sector should grow at accelerating rates over the next several years.”

There’s also increased use of green hydrogen. “That emissions-free fuel has the potential to grow the addressable market for renewable energy by 19 to 24 times its current size by 2050,” explains DiLallo.

If you need further convincing, there’s also similar promising research from the Bloomberg New Energy Finance report. The “BNEF 2030 Market Outlook, forecasts that North, Central, and South America will add 943GW of gross new capacity by 2030, including replacement plants. Some 522GW will be added in the US, 341GW in Latin America, and 80GW in Canada.”

3. Clean energy yields an economic return 3 to 8 times higher than the initial investment.

“The International Renewable Energy Agency’s (IRENA) new 2020 Global Renewables Outlook assesses the socioeconomic impact of several scenarios,” writes Jennifer Layke and Norma Hutchinson for the World Resources Institute. “The ‘Transforming Energy Scenario’ —an ambitious-yet-realistic energy transformation that would limit global temperature rise to well below 2 degrees C (3.6 degrees F)— would cost $19 trillion more than a business-as-usual approach, but would bring benefits worth $50-142 trillion by 2050, growing the world’s GDP by 2.4%.”

“To go one step further, IRENA’s ‘Deeper Decarbonization Perspective’ — which outlines a net-zero-emissions world by 2050-2060 — would cost anywhere between $35-45 trillion, but yield $62-169 trillion in cumulative savings when considering avoided health and social costs from reduced air pollution,” they add.

Since companies and communities across the world are embracing more sustainable practices and “green initiatives” there are numerous business opportunities. As such, this might protect this sector from potential economic downturns.

And, Layke and Hutchinson also write that investments in renewable energy and energy efficiency could create up to 63 million new jobs by 2050.

Besides making some green, going green allows you to save the planet. Even though that may sound hyperbolic, every small step can make a difference. And, it’s also ensuring that you children, grandchildren, nieces, and nephews actually have a future.

What’s more, it’s been found that engaging in environmentally-friendly behavior can feel good. One reason for this is that it improves your self-image. Other studies show that living an eco-friendly lifestyle helps you become more mindful and healthier.

As for business owners, being environmentally conscious can improve your reputation. And, it can also bolster your bottom line. In fact, two-thirds of North Americans prefer brands that are sustainable or eco-friendly.

Getting started with green investing.

“There are different ways to invest in green stocks, such as buying individual companies, green-focused exchange-traded funds and mutual funds that hold green stocks,” writes Debbie Carlson for U.S. News and World Report.

“No matter what vehicle you choose, you must look beyond a company’s marketing material or a fund’s name to ensure you don’t fall for” something called “greenwashing.”

This is a dirty tactic where products, services, or companies present themselves as environmentally friendly. In reality though, that’s not the case.

As such, Carlson says that “Investing in green stocks takes extra due diligence.” For instance, to avoid getting “greenwashed,” you should “research a company’s revenues and business model to know how exactly it makes its money.” If possible, you should also review the company’s cash flow and balance sheets.

You should also keep the following in mind when purchasing green stocks;

Some stock standouts in the renewable energy sector include:

A handful of exceptional robo-advising options include:

And, if you like to play the REIT game, then you can also get into green real estate investing. Preferably, you want to focus on companies that are following green building practices or using green building materials. Some examples would be Alexandria Real Estate Equities, Camden Property Trust, Digital Realty Trust, or Prologis.