Menu
Login
Blog » Retirement » How Long Does it Really Take to Become a Successful Freelancer?

How Long Does it Really Take to Become a Successful Freelancer? 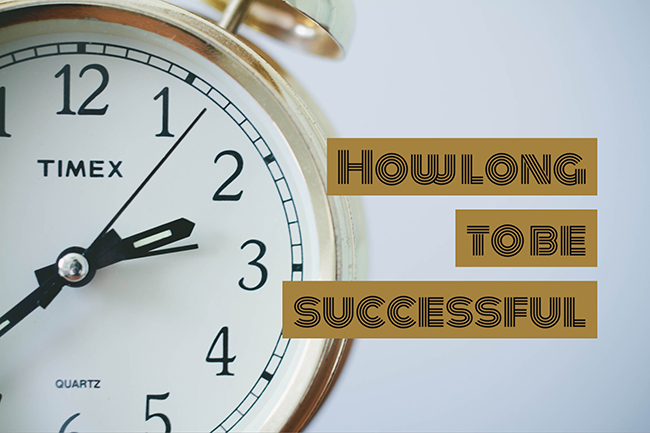 As of late, I’ve had a lot of people asking me how long it’s taken me to become a successful freelancer. I find that the answer is quite subjective based on what your definition of success is, but I’m going to try my best to find an average based on personal experience and available data.

For the sake of example, let’s say that your idea of success is simply making a profit. In that case, I was able to do that as soon as my first year as a freelancer.

On the other hand, let’s say your idea of success is being able to pay for your living expenses. That may take a little longer, but in this day and age it can still be done rather quickly.

Now, let’s say you want to make six figures in revenue. I might get close to that this year, but it’s taken me a few years to do it. I’ve heard other six-figure freelancers say it’s taken them about five to six years to reach get to six-figure status.

See what I mean by the answer depending on what success means to you? Everyone has a different definition and different circumstances in their lives that can affect how long it takes them to become a successful freelancer.

While there is no clear-cut answer to how long it takes to become a successful freelancer, there is a rule of thumb for most businesses when it comes to profitability. That rule of thumb is that it takes an average of three years for a business to become profitable, assuming they even make it past the first year.

This seems to be in line with my own experience. While I was making a profit from the beginning, the first two years were pretty hard in terms of revenue and expenses. Most of the money would go back into the business and I had little for myself.

When I started going into year three, things changed drastically. Suddenly people were approaching me for work without me having to hustle as hard as before. About three months into the third year I’d tripled the monthly revenue from the year before. Now that I’m about to celebrate my three year anniversary as a full-time freelancer, I’m on track to double my revenue from last year.

I also had a mentor who always told me “Just make it to year three and you’ll be fine.” I now see why she said that.

How to Become a Successful Freelancer

These four traits are the ones I see time and time again in successful freelancers. They are also the traits that certainly help them become successful much faster.