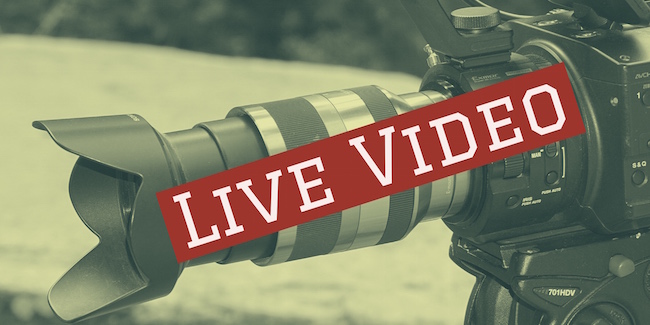 2017 is going to be a blockbuster year for innovation in live video. It’s already picking up steam. Between mid-May and mid-June 2016, media firms streamed more than 5,000 live videos on Facebook. By the end of last June, half of the biggest media pages on Facebook had used Facebook Live, and company pages were streaming six times more live videos in the middle of the year than they were publishing at the start.

Now that live video has proved that it can win and hold audiences in a way that no other form of content can do, 2017 is going to be the year of development. Businesses and brands will be exploring new ways to film, new subjects to film, and new ways to boost viewing figures and engagement. Here are four predictions for live video innovation in 2017:

Snapchat’s pioneering use of temporary content showed that it has a knack of turning the unlikely into the unmissable. Its release of Spectacles, garish glasses with built-in cameras, has met with the kind of glowing reviews that would have made Google wonder what it did wrong. According to live video marketing expert Joel Comm, a pioneer who has been using the format since 2008, that combination of an audience primed for video content and a gadget that puts a lens at eye-level is the perfect set-up for a new kind of live video.

“Snapchat Spectacles have already made shooting point-of-view videos natural and easy,” says Comm. “The next step will be Snapchat Live, with those Spectacles a key part of the strategy.”

Performers on Snapchat will be able to take audiences live onto the stage with them. Concertgoers will be able to bring their friends to the show, even those left sitting at home. Wedding guests could even watch the nuptials from the top of the priest’s nose. Any exciting experience, in fact, could be shared at first hand and in real time — effortlessly. Snapchat won’t just be the king of short-lived content. It’s about to become the master of first-person live video content.

When digital marketing expert Ryan Steinolfson took a GoPro to live stream himself kite-surfing, the result was more than surprising. While his talking head live videos had always won an audience, the live shots of him riding the waves picked up between 20 and 40 times more engagement. It won’t be long before other publishers notice the power that exciting, extreme content can create, Steinolfson predicts.

“2017 will be the year for actions sports in live video,” he says. “People will leverage live video in new ways using unique camera angles, and we’ll probably see the first live drone footage close-up at an event.”

From snowboarding to marathon running, expect 2017 to put us right in the middle of the action as it happens.

As live video continues its experimentation, brands will want to see the numbers so that they can measure —and improve — their results. And they’ll also start thinking about the next big thing: virtual and augmented reality. That’s still some way away but the more brands use live video, the greater the pressure platforms will face for reliable data and tools to interpret it, and the harder they’ll be knocking at the next door.

“Social video will be viewed as the required gateway drug for all brands that want to move into AR/VR in the next three years,” says Brian Fanzo, a social strategist with the username @isocialfanz on Snapchat. “Facebook Live and Periscope won’t be able to hold back creators’ and brands’ demands for more analytics and access to that data via third party tools, as new live apps emerge and the lack of live video standards continues.”

Keep an eye out in 2017 for better live video data analysis tools and the first experiments in live VR.

So far, live video has mostly been Facebook’s party. While there’s no shortage of apps that allow for live broadcasting only Facebook has both the one-touch functionality, constant presence and the massive audience that makes live video so powerful.

But Zuckerberg won’t have it all his own way for long. Not only will Snapchat branch out into live video but Twitter’s acquisition of the live video app, Periscope, may be its’ salvation.

“Expect Twitter to reinvent Periscope as Twitter Live and be fully integrated into the app,” predicts Joel Comm. “In 2017, we’re going to be shooting live video for different audiences across all the main social platforms.”

That means we’re all going to need to keep a close eye on live video in 2017, and be ready to do plenty of broadcasting ourselves.

Invoicing Help: Everything You Need to Know to Invoice Your Clients Older Post
How to Determine if Free Work or a Lower Rate is Worth it Newer Post 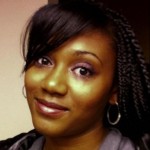