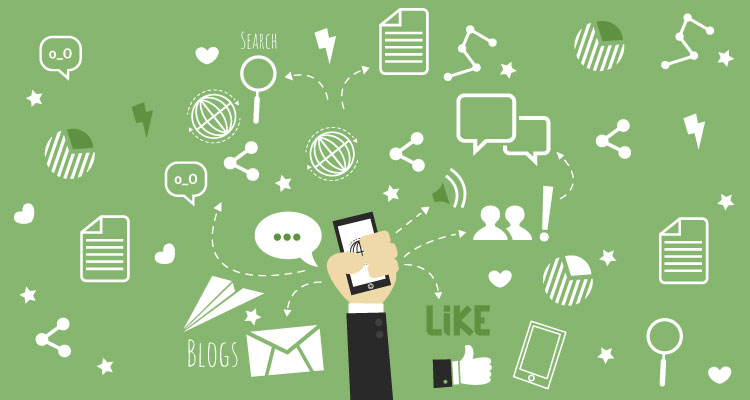 aThere is nothing inherently wrong with social media. It provides a convenient platform for connecting and engaging with people. But there is a darker underbelly that can emerge the more social media is used.

Unlike in 2007 when only Myspace was around, you’ll be hard pressed to find anyone who isn’t influenced by social media in some shape or form today.

Consider the following statistics and data points as curated by Oberlo:

The growth of social media has been staggering. We’ve gone from just a couple of niche websites 15 years ago to an entire lineup of billion-dollar social networking platforms. And these tech giants are only just now hitting their stride.

The average age at which users first start accessing social networking sites like Instagram and Snapchat is getting younger and younger. Research shows that 55 percent of parents of 12-year-olds say their child is on Facebook, while 76 percent have helped their children gain access to a social networking platform.

So not only is social media growing, but the age of influence is getting younger. By the time a child reaches pivotal decision-making years – like 16, 18, and 21 – many of their opinions have already been shaped and formed by what they see on social media. This includes their opinions on important topics like relationships, politics, and money. And, unfortunately, the influence isn’t always positive.

Nobody is immune to the influence of social media. Whether you’re a 12-year-old girl in Louisiana or a 73-year-old grandfather in New York, your exposure to social media impacts you on multiple levels. And personal finance is one of the most high-impact areas of all.

Let’s take a closer look at some of the specific ways social media negatively impacts financial well-being and how we can put ourselves in a better position.

Social media profiles are used in a variety of application processes to vet candidates. From the ESTA application for travelers to enter the United States to job applications, your social media presence is helping or hurting you enjoy certain opportunities.

While some social media presence may be necessary for credibility, oversharing on platforms can get you in trouble. It can also hurt your financial well-being by hindering job opportunities.

If you want to enjoy social media without worrying about how it could impact important areas of your life – like international travel or jobs – clean up your profiles. This may include:

It’s okay to show your personal side on social media, but be mindful that other people might be reviewing your profiles as part of an application processes.

In our society, people think they can spend their way to riches, rather than earn it. In other words, by acting wealthy, they think they can increase their chances of becoming wealthy. This is called aspirational wealth and it harms your financial well-being.

Aspirational wealth is an idea that’s propagated out of the normalization of debt and nurtured via social media. Let’s consider a couple scenarios of how this plays out.

While aspirational wealth has been around for a while, it’s become a much more rampant problem thanks to social media. We’re constantly exposed to everyone’s best snapshots and moments. We see people driving nice cars, living in nice houses, taking exotic vacations – and we think to ourselves, I want that too! And because of credit cards and financing, we make poor financial decisions.

Social networking platforms have become so adept at seamlessly integrating advertisements and product placements into our newsfeeds, that we don’t always realize we’re being sold to. But if you visit your feed right now and look for ads, you’ll be shocked to see just how much content is being pushed on you.

There’s nothing inherently wrong with Facebook ads, but you have to be mindful of how much time you spend on social networking sites. If you’re spending three hours per day scrolling and swiping, that’s three hours of constant exposure to ads for things that advertisers know you want to buy based on your interests, clicks, and browser history. And if you aren’t careful, it’s going to manipulate you into buying things you don’t need. This overspending will eventually erode your savings and hurt your financial well-being.

The Impact of Social Media on Your Financial Well-Being

This post has taken a critical look at social media and how it impacts our finances. But social media can be a positive force for good. The moral of the story is to just be careful.

Take a step back and objectively review how your social media exposure is influencing your thoughts, actions, and future prospects. This article gives you a chance to pause and reconsider how you’re spending your time and money.