It’s easy to pack on the pounds in Kansas City, Missouri. There’s great barbecue and good beer — classic components for a wider waistline. During the first year of our accelerator program, with our cohorts growing fast, I had a lot of both. When you’re doing business development, you get caught up in wining and dining. Then you lie to yourself, thinking you’ll eventually circle back and focus on your health — or at the very least make some minute change that’ll compensate for some of your worst habits. But how often is that really the case? Just remember, it’s hard to make money if you’re sick. That’s where self-care efforts become critical.

The root of the problem is this mindset that the business comes before you, the founder, and it’s easy to rationalize your struggle in retrospect, after your startup has gotten off the ground and become a multimillion-dollar enterprise. Then the story becomes, “Well, I had to go through all of that and basically take 10 years off my life to get here.”

It doesn’t have to be that way. Here’s why self-care efforts make the difference.

But there’s nothing noble or smart about answering emails until 4 a.m. or working seven days a week. People who worship Vaynerchuk fetishize a culture of overextending themselves, giving up years of their life just to say they made it to the top of the mountain. We all have to reach this level occasionally to get a big project done, but when it becomes the norm, that’s cause for concern. Everyone wants his or her business to be a success, but at what cost?

The hustle can involve yoga, y’all! The grind should involve eight hours of sleep, right? Let’s make eight hours of sleep sexy again. Feel free to imagine that last part in Arianna Huffington’s voice. Any time I’m thinking about staying up later to work, I hear Arianna scolding me with her accent.

You’re Hurting More Than Yourself, Dummy

A poor product and a lack of cash aren’t the only reasons why startups fail. Nearly 10% of startups crater because of founder burnout, which, frankly, is a staggering number when you consider all the other business-centric reasons things could go wrong.

The job of a CEO, very generally, is to raise capital, recruit a team, and sell a story publicly. What would be the worst way to go about executing that strategy? By not sleeping, not eating, and refusing to take care of your physical and mental health.

CEOs are required to give tons of face time to clients, investors, and partners. How you present yourself matters. A burned-out founder doesn’t exactly inspire confidence in key recruits or investors. If you’re not taking care of yourself, you run the risk of looking like a schlub and turning off the people you need to impress.

Wellness Starts at the Top

Ultimately, companies should promote a culture of wellness. Those efforts need to start with the founder. When CEOs value their own health and well-being, it has a noticeable effect on their employees. Consider how contagious emotions can be. When you associate with happy people, your level of happiness is likely to rise by 25%. The same is true in the startup realm, where a healthy attitude and positive lifestyle choices can trickle down to employees.

Promoting a good culture is about more than filling the break room with hyperlocal vegan kombucha and stocking the fridge with booze. None of those perks matter when you’re running your people into the ground. Letting people leave early some days and encouraging them to promote their mental health (or prioritize other areas of their personal lives) are better ways to promote a good culture. If you have an “I need to see them working” culture, then your employees will probably be leaving soon anyway.

Just remember that, as a founder, your own self-care efforts bleed into the fabric of your company. To increase the likelihood of success at your startup, consider these tips:

You wouldn’t want your business to be stuck in one place, so why expect your employees to be stationary? People who sit for long periods have a 90% higher risk of being diagnosed with Type 2 diabetes than those who are more active. It’s easy to get lost in tasks and feel the need to chain yourself to your desk. Luckily, it’s just as easy to simply … not do that.

Hold walking meetings to integrate more physical activity into your workday. Walking releases endorphins, which boost your mood and cut your sensitivity to anxiety and stress. Even a simple 10-minute walking meeting can be enough to get those endorphins flowing.

In the colder months, our team goes up to the third floor, where we have the most open space. Up there, we can walk around in circles and hash things out. Sometimes, we conduct meetings on treadmills. Humans are not meant to be sedentary beings, so rather than sit around a room, step outside and take a jaunt.

Don’t be caught napping on the importance of a good night’s rest. While some entrepreneurs like to gloat about their lack of sleep, success is built on working smarter, not harder. At least seven hours of sleep is crucial for adults’ well-being. Those who sleep less than seven hours are more likely to come down with chronic health conditions such as heart attack, stroke, and coronary heart disease.

We use trackers to help keep track of things such as quality of sleep, resting heart rate, and calories — the types of things that can help you quantify how you’re feeling. One of the apps that we use analyzes the circadian rhythm while we sleep, looks at our midday slumps, and helps us find our second wave of the day. It even tells you whether you sleep better sharing your bed or sleeping solo. When healthy resting habits are adopted by CEOs, it shows just how crucial sleep tends to be.

Too many entrepreneurs think they can do it all. A business coach can be a great resource for entrepreneurs — so can a therapist. Where to start depends on your situation, but try to find someone with whom you can openly talk. When employees see that the higher-ups aren’t afraid to get help, it could influence their decision to ask for aid. Don’t let any shame linger around the subject.

It’s important that our founders have outlets and are receiving advice from someone like a coach or therapist. It’s not just about venting. Seeking the perspective of experts who actually know what they’re talking about can provide you with the compass you need to succeed. If you’re not sure who to trust, ask around. You might be surprised to learn how many other companies have sought guidance from a coach.

When you’re trying to get a business off the ground, it’s all too easy to fall into some bad habits — particularly putting your company’s needs before your own. By taking a few easy steps toward prioritizing self-care efforts, you’ll not only improve your own well-being, but also influence employees to make positive decisions for themselves. A healthy CEO and a happy workforce are the first steps on the path to a flourishing business. 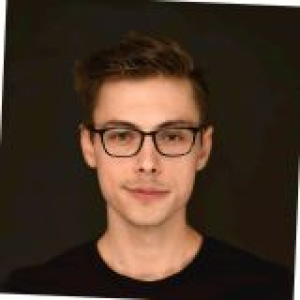