How Blockchain Can Change How We Shop Online and In Person 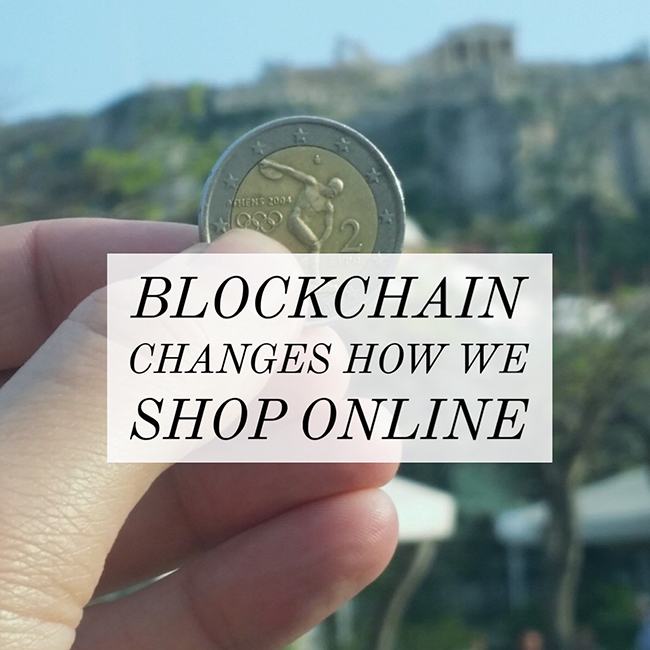 A recent article in American Banker reported Bank of America is filing 20 patents that are related to blockchain technology, including a cryptocurrency wire transfer system and cryptocurrency transaction payment system. Additionally, organizations like the National Retail Federation are covering the topic of cryptocurrency, such as bitcoin. They’re theorizing on how the benefits of new digital currencies will change how people shop and how money changes hands. Just what is cryptocurrency and how does blockchain technology influence the growth of Internet currency?

First introduced in 2009, Bitcoin is probably the most well-known type of cryptocurrency. It’s a way of exchanging goods and services outside of using a traditional currency. It ties the transaction to a certain geographical location or centralized banking system. Cryptocurrencies are categorized as an alternative currency known as a digital currency. This is for the very fact that they can work without having to undertake currency exchange rates.

Instead, one rate was established with the introduction of bitcoin. Now, there are extensive cryptocurrency specifications that have developed as the digital currency has evolved and an understanding has grown in terms of its applications and benefits. This includes the anonymity of this type of currency and the low risk of its ever being seized by some type of law enforcement agency.

Since 2009, other types of cryptocurrencies have been developed. This includes those known as second generation cryptocurrencies like Nxt, Ethereum, and Monero. These newer versions added to the anonymity, including stealth addresses. Some now report there are over 200 different kinds of digital currencies in use.

Banks like Bank of America are filing patents indicates the level of seriousness they’re placing on cryptocurrency. It also shows blockchain’s impact on national and global economies.

Blockchain as a Game Changer

The concept of blockchain comes into play with digital currencies as it serves as a database for transactions. Think of it as a ledger tracking transactions in place of what banks would do with aKM system of transactions.

The ledgers are maintained by people known as “miners”. They validate the transactions and record the date on which this digital currency changed “hands”. The other aspect of their role is controlling the production of currency, and the amount in circulation to avoid hyperinflation.

Wired Magazine did a great job of providing an in-depth explanation of blockchain:

Every few minutes a ‘block’ of all the transactions occurring over the Bitcoin network is created by a miner. Essentially the miner has created a verified transaction file which holds a copied record of all the transactions that have occurred in the network over the past 10 minutes….For his efforts, the miner is compensated in Bitcoins. This is where the math’s of the currency and the way that it differs from the normal fractional banking system kicks in. The total amount of Bitcoins that can ever exist is fixed at 21 million. As the quantity of money is fixed, the payment made to the miner is much like mining currency out of a reservoir.

Forever Altering Online and Offline Shopping and the Economy

Consumers and businesses become accustomed to online payments and digital wallets. As they do, central banks realize they have to address what is set to forever alter shopping and payments.

A complete transition, however, may be much farther into the future. Consideration on the method data would be gathered needs still needs to happen. This data is to track and understand economic activity. It’s done in order to steer it in a better direction should there be another downturn.

There is also concern over who would set policy related to this cryptocurrency, especially since the legal status of this type of currency varies by country and there is yet to be any standardized framework for its use and governance. For example, while Russia legally recognizes cryptocurrency, it currently does not allow any goods to be purchased other than with the Russian ruble. In the U.S., the IRS refers to bitcoin as property rather than currency, making it subject to capital gains tax. Then, there is the concern over criminals that may use online currencies to launder money, avoid taxes, and commit fraud.

Despite the unresolved legal and economic issues related to cryptocurrency, its popularity continues to grow. Certain perceived benefits are already attracting attention.

This does not include transaction or third-party fees. Not having these fees due to differences in currencies can increase the potential for exchanging more goods and services globally.

Like consumers, the merchants selling the goods also have it easier with cryptocurrency. All that is required to accept this currency is a digital wallet, reducing the need for complex and expensive payment processing systems. Consumers also use a digital wallet to store cryptocurrency for future use and to copy codes for future purchases. Admired brands like Dell, Expedia, and Microsoft are just a few of the companies accepting bitcoin payments while Bitcoin ATMs are popping up in more places around the world.

As Deborah Baxley, Principal for Capgemini, noted, “We have evolved from information to value exchange from the World Wide Web to the Internet of value.”