Honest Advice on Funding your Startup 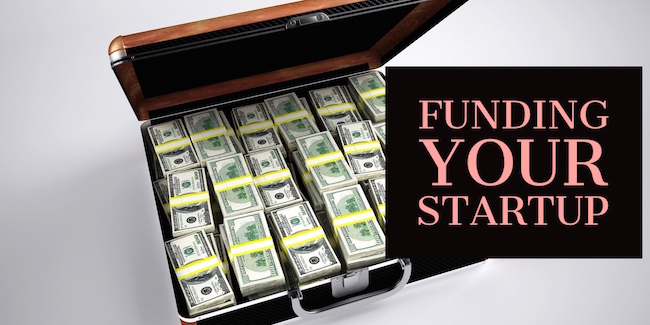 If you’re an entrepreneur it’s hard not to have fallen in love with HBO’s Silicon Valley. It’s arguably the most authentic look at the trials and tribulations that we startup founders have to face daily – despite being satire. While I could go on and on about how this series speaks the truth, one of the most interesting topics discussed on the show is how the fictional company, Pied Piper, receives funding and its effects on the team.

Advice on Funding your Startup

As the series demonstrates, funding is both a blessing and a curse. While it’s vital that your startup raise money to help it scale, it also comes with cons like losing control over your company to potential investors.

While there are plenty of reasons why self-funding is popular, founders have realized that by going in this direction, they can retain control of their company and be more careful with spending. Self-funding also allows them to be more creative since they have to think outside of the box, and it gives them more time to work on their business, instead of preparing and meeting with investors.

“If you know you are going to bootstrap, you should start a business with a small up-front capital requirement, short sales cycles, short payment terms, and recurring revenue. It means passing up the big sale that takes twelve months to close, deliver, and collect. Cash is not only king; it’s queen and prince too for a bootstrapper.”

Another popular train of thought to follow is that of The Lean Startup, written by Eric Ries. The basic idea is to spend the least amount of time and money developing an MVP (Minimum Viable Product).

If the market reacts negatively, you can decide to either make the necessary tweaks or scrap the idea altogether. While it’s never easy for a founder to let go of their “baby,” it is most definitely worth doing, considering the amount of time and money saved.

Most importantly, keep your costs as low as possible. For example, you don’t need to purchase or rent an office for the time being. You can hire a remote team of freelancers, which also reduces employee expenses, so you don’t have to hire them full-time and work from home until.

You should also take advantage of free tools like;

That is by no means an extensive list. These are just a handful of free tools to help you get started.

Finally, if you need to secure more funding, there are other ways to raise money without dazzling investors. You can turn to your friends and family, obtain grants, enter a contest, or work a side gig until the startup takes off.

Bootstrapping isn’t anything new either. Steve Jobs and Steve Wozniak bootstrapped Apple in its early days. I’m sure no one would argue with how successful that turned out for them.

The Importance of Traction

At some point, you will have to do some sort of funding for your startup if you want to scale properly. And that’s when traction becomes your best ally.

Danny Wong of the Young Entrepreneur Council (YEC) in Forbes argues, “the most important thing is traction (how far you’ve come on your own), whether it’s six weeks, six months or six years.”

Crowdfunding is also a great way to raise funds. It allows you to raise non-binding capital while acquiring your first wave of early evangelists for your product or service.

In most cases, your company will get to the point where a large funding round is required to take your start-up to the next level. Until then, however, stay lean, mean, and bootstrap your way to the top!