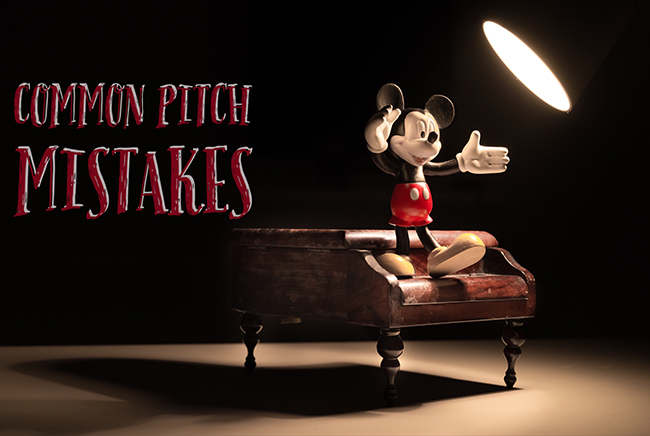 I’m not just a writer, I’m also a publisher that runs my own popular personal finance blog for millennials. As a result, I get pitches in my inbox all the time from people who want to write for me. I also get pitches from companies who want me to write about them on one of my columns for major publications.

Correction: I get really bad pitches.

Pitching is a big part of building a successful freelance business, which is why I feel it’s my duty to lay out the common pitching mistakes that make freelancers look like amateurs.

Common Pitching Mistake #1: You don’t know anything about the site you’re pitching to.

One of the most common pitching mistakes I see is when freelancers don’t know anything about the site they are pitching to. This is usually a clear cut sign that you haven’t done your research.

For example, I once got a pitch from someone who said they loved my photography blog and would like to write for it. If they had taken more than 30 seconds to look at my blog they would have known I don’t write about photography. In fact, I’m still trying to figure out where they got that from!

Common Pitching Mistake #2: You haven’t taken the time to build a relationship with the writer or publication.

Skipping past building a relationship with a publisher is one of those common pitching mistakes that also happens to be a major pet peeve of mine.

This looks like sending an email that comes out of the blue. I typically have no idea who this person is (and they don’t help matter by not really introducing themselves or their work in the email) so I’m not inclined to write about them or feature their writing.

When pitching to publications, you must build a relationship. One of the best ways to do this is to follow and engage on social media.

This is one of those common freelancing mistakes that makes me feel like I’m just a number on a long list of prospects to whoever is emailing me. While I’m all about creating systems to streamline the

While I’m all about creating systems to streamline the pitching process, and while that does include creating templates, you can’t expect to just send a cut and paste email and get good traction. You still have to go the extra mile and customize that email to the publication.

You still have to go the extra mile and customize that email to the publication. This looks like sending a unique idea based on your research and sending relevant examples of your writing. For example, if they are a fashion website, don’t send an article you wrote about investing in the stock market.

Common Pitching Mistake #4: Not following up.

This is one of the common pitching mistakes that can cost you the most money. Publishers and editors are very busy people with inboxes filled to the brim. They are also humans who have a life outside of work. That’s why it’s so important that you get in the habit of following up with people in case they missed your pitch.