Blockchains are distributed peer-to-peer networks that can have many different applications. Bitcoin is the mother of all blockchain technology and it acts as a financial network, ledger, software, currency and asset. We’re dealing with new technology that can simultaneously integrate multiple functions, which is why regulators have a hard time defining cryptocurrencies. Blockchains can be quite customizable to serve a wide array of needs and there are a few main Blockchain technology features that many of them share in common.

The first of the blockchain technology features is increased capacity. One of the remarkable things about peer-to-peer technology is that they can increase the capacity of an entire network. Having thousands of computers working together as a whole can have greater power than a few centralized severs.

Foldingcoin is a perfect example of increasing network capacity by using many computers. The project started at Stanford University and created a distributed supercomputer that simulates protein folding for medical research. It takes microseconds for a protein to fold, which is faster than the processing power of a regular computer. Normally a protein folding simulator requires building a multi-million dollar supercomputer but the Foldingcoin project managed to build it for cheap by using a distributed network.

Blockchains tend to have better security because there is no single point of failure to shut down the network. Even the highest levels of our financial system are vulnerable to hacks. Bitcoin on the other hand, has never been hacked. Sure it’s possible to hack individual private keys if they’re not securely stored, but the network in and of itself remains fully secure.

Creating immutable ledgers is one of the main value propositions for blockchains. Any centralized database can be corrupted and generally requires trust in a third party to keep the information accurate. Blockchains like Bitcoin keep the ledger in a perpetual state of forward momentum because millions of dollars worth of hashing power confirm new transactions that are recorded.

To change the history of Bitcoin’s ledger would require controlling at least 51% of the hashing power. As well, the further back one tries to go on the ledger, the more expensive the attack will be. Alternatively, the ledger could be changed with a hard fork but that would require consensus amongst developers, miners, node operators, exchanges and individual users. As seen with the split between Ethereum vs Ethereum classic, there’s still a high chance that the old ledger would remain intact.

The last of these Blockchain technology features is faster settlement. Traditional international banking can be very slow, with settlement times often taking days to process. This is the main reason why most financial institutions are looking to upgrade their systems. Blockchains can usually settle money transfers at near instant speed. This can save time and money for the entire financial industry. 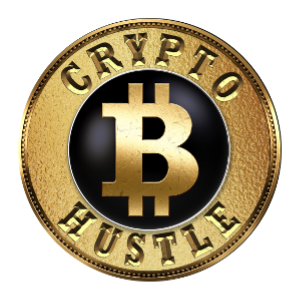