Free Online Invoicing Software for Businesses of All Sizes

Discover everything you need to know to create invoices and take payments.

Get Started for Free 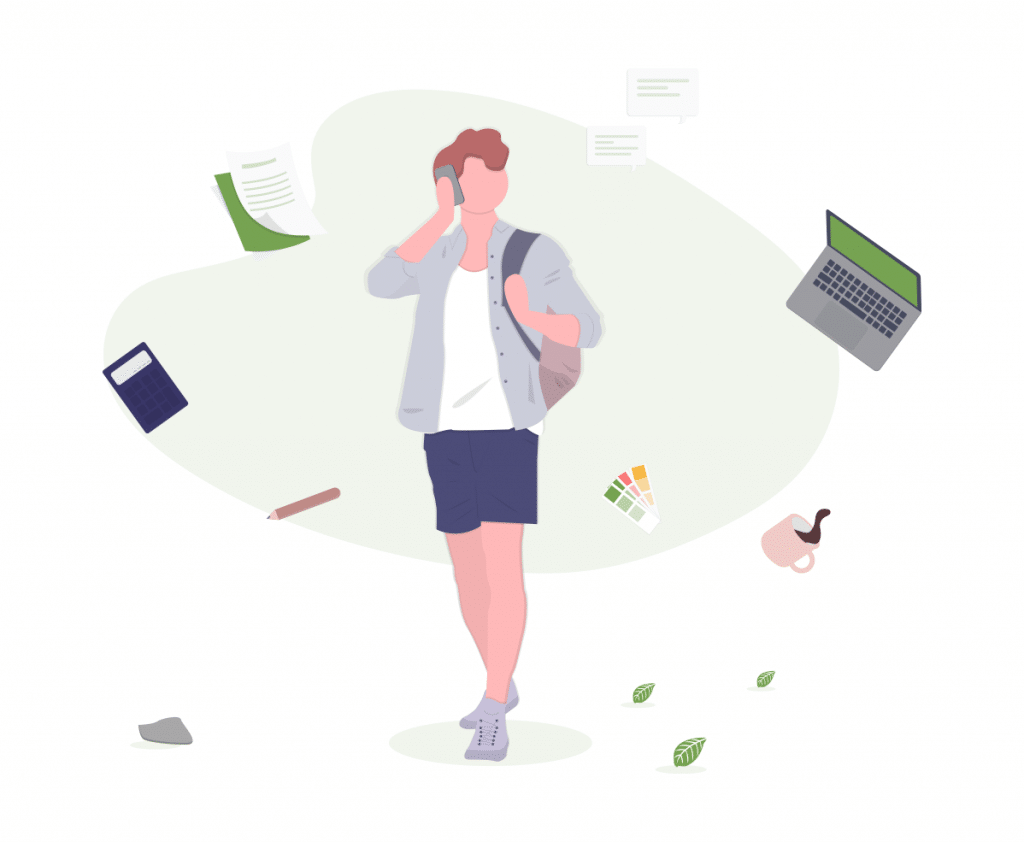 Invoicing is a grind. It takes time you could spend creating value. Mistakes in your paperwork can create confusion and delay payments. You have to follow them up and chase them down.

Efficient businesses use invoicing systems that are fast and accurate. They complete the work, and they issue their invoices. They get paid on time every time.

The move to a more productive month starts with an efficient invoicing system.

And yet, each month, they find themselves putting aside their product development, their marketing, their customer service and the work they’re supposed to be doing for their clients in order to spend hours listing all of the tasks they’ve performed over the last thirty or so days. They list them for each person who placed an order, they set an invoice price for each task, add taxes and other expenses, and they send those invoices off, making sure that nothing has been forgotten. It’s far from the most enjoyable part of running a business but it is as essential as marketing and meeting deadlines. Without invoicing, those clients won’t know how much they have to pay, the supplier won’t know who has paid and who they need to chase up… and the government will lack the paperwork it needs to be sure they’ve received all the taxes they’re due.

The amount of time it can take to prepare those invoices varies tremendously from business to business. One commenter on Consultantjournal, a website for consultants, explained that one large company for which he works insists that he bills hourly and include start and end dates. By the time he has finished adding the work of his subcontractors, his invoice might contain as many as 60 line items and have taken as long as eight hours to bring together. He adds that time to the bill. Other commenters said that they rarely spend more than half an hour on each invoice, and to avoid wasting more time chasing down late payments they offer a discount for early settlement.

Business owners who find themselves spending an entire evening with their invoice book—or more likely today, with their invoicing software—can at least console themselves that they are continuing a glorious tradition. Walk through the Metropolitan Museum, the Louvre or the British Museum and you can find clay tablets marked with the triangular, cuneiform script of Sumeria. Many of those four thousand-year-old documents aren’t great works of ancient literature; they’re invoices and receipts tracking the payments for barley and sheep and oxen… and of course, the taxes that those transactions generated. They give archaeologists and historians an insight into the lives of people living in the world’s first cities and they show that from the moment trade started, there has been a need to track that trade and maintain records of transactions through an invoice manager.

Business owners no longer need to press shapes into lumps of clay ready to be baked but other than the writing method, the way those transactions are recorded have changed little. In this guide to invoicing, we’ll examine in detail exactly how invoice forms need to be laid out – but the fundamentals have remained the same over the millennia. Businesses include their own contact details, the details of the recipient, the items for which they’re billing, the price of the items, and the time and method of payment. None of those basic elements have altered, and they can be found in invoices that have impressed into clay in Mesopotamia, brushed onto bamboo strips in Qin dynasty China, and typed on keyboards in offices in the skyscrapers of New York.

What has changed is how those invoices are created. Until recently, the method was to hand-write invoices, a laborious process outsourced to a company’s accounts department. For small and medium-sized businesses it was expensive, requiring the work of at least one member of staff. It filled space; those documents had to be filed and maintained… which meant that they could also be misfiled and lost. And it allowed for the easy entry of errors that in turn led to delayed payments and disputes.

About half the companies in the US have already moved away from paper-based systems and the shift is happening quickly. Between 2012 and 2013, the use of paper invoices declined from 59 percent to 52 percent. Nonetheless as many as a third of the companies that continue to create paper invoices send them to as many 25,000 buyers each month, a huge amount of work and a process that eats through reams of paper. It’s no surprise that one in five of those firms say that they’re losing at least 3 percent of invoiceable income to payment issues that include short payments, late payments, and discount and tax disputes.

Switching to electronic invoices (some type of online invoice software) tends to reduce costs, saves time for both processing and payments, cuts disputes and increases productivity. It makes what might otherwise be a painful process both easier and more accurate. When the aim of invoicing is to maintain records and make a formal request for payment, the goal is to get the job done as quickly and efficiently as possible. Large firms sending tens of thousands of invoices every month may have their own reasons for delaying change, such as the cost and disruption of changing such a large operation, but for smaller firms there’s no reason to continue putting invoices in the mail or storing them on paper.

In a survey that we conducted of 250,000 invoices sent through our payment platform, Due, we found that the average amount on each invoice was $365. Nearly one in five (18 percent) of those invoices are paid within 24 hours of being issued and on average online invoices are filled within 14 days.

When the money can come in that quickly, businesses shouldn’t be wasting time with paper invoicing. That extra wasted time isn’t just lost productivity; it also translates into a much slower cash flow. So much for a free invoice!

In this guide, we’ll look closely at how invoices work. After examining what you need to include and how you need to lay them out, we’ll talk in more detail about the special requirements and advantages of e-invoicing, and we’ll look at some of the ways a business can boost the effect of their invoice forms. Like any business document, invoices are meant to generate action… in this case prompt and full payment. There are steps that a business can take to increase the speed and reliability of those payments. Finally, we’ll talk about invoicing for freelancers. With more and more people choosing to work for themselves, invoicing is no longer the preserve of companies with accounts departments and dedicated staff. Many of the people sending invoices now have little experience with keeping accounts or chasing up payments so we’ll look at what freelancers need to know about maintaining their financial records.

It’s certainly true that no one, other than invoicing businesses, starts a company with the goal of sending requests for payment. But it’s also true that sending those requests, and keeping them, is an essential part of every successful business. This guide will tell you everything you need to know to keep your buyers paying and your business growing.