5 Signs You’ve Reached a Tipping Point In Your Business 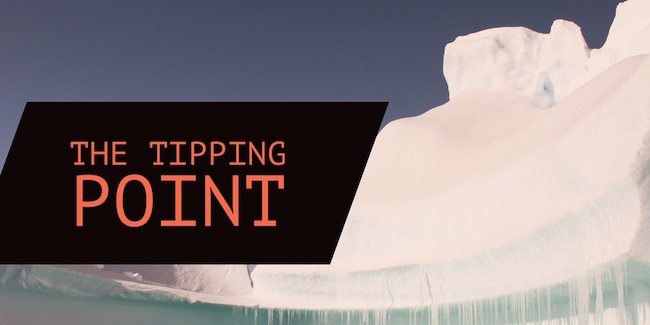 Starting a business is hard and takes time. However, eventually, you do start to see the fruits of your labor starting to pay off. You may not realize it in the beginning, but rest assured eventually you do reach a tipping point where things start becoming much easier.

When this tipping point actually occurs is up for debate and depends on the person and business, but there a few indicators that suggest you’ve arrived at a tipping point.

People are starting to reach out to you.

One key indicator that you’ve reached a tipping point in your business is that potential clients are starting to come to you. In the beginning, you have to hustle a lot just to make one sale. But, with time, you begin building a name for yourself. This leads to referrals, better SEO results and clients coming to you instead of you having to chase them.

I recently went to The Financial Blogger Conference and realized I reached a tipping point in my business. I had two first time attendees tell me that the reason they’d purchased a ticket to the conference was because they saw me post about it on Instagram.

This blew me away. I realized that my social media efforts were actually working and this was proof. After so many years of feeling like I was talking to nobody, it was nice to see that social media is working.

Media is coming to you for quotes.

In the last few months I’ve had two major media outlets reach out to me for potential TV segments. I didn’t go out looking for them, they found me through a mutual colleague.

In the past, I had to work a lot harder to get a mere mention on a website and now there’s no shortage of media requests in my inbox.

Another sign that you’ve reached a tipping point in your business is when people start respecting your opinion. You’re no longer getting strange looks as people think “Who the heck are you and why should I listen to you?” Instead, they reach out to you for your advice and they take it seriously.

I noticed this recently when I not only started making more money in affiliate sales by recommending products but when the on-demand class sales in my online store started to increase as well.

I spent years mostly writing content for small publishers and small websites. While I still have plenty of those on my client roster, I know have major financial publishing companies and banks in my pipeline.

Once you reach a certain tipping point, it becomes a lot easier to get corporate clients. In fact, they often times end up reaching out to you.

While businesses can take years to get off the ground, it sure is nice when you see the benefits starting to roll in. If you’re not at your tipping point yet I urge you to keep going. Trust me, it’s worth it.