Blog » Business Tips » Why You Need to Embrace Failure in Order to Succeed
Posted on September 3rd, 2015 Published By Franklin Manuel

When you see someone who is considered a success, it’s easy to become discouraged. Often, it seems as though that person has succeeded overnight, and “has it all together.”

The reality, though, is that most success comes only after a string of failures. Dale Carnegie once said:

Discouragement and failure are two of the surest stepping stones to success.

Just because you’ve failed at something or experienced discouragement, it doesn’t mean that you can’t ultimately succeed. In fact, if you truly want to succeed, you need to embrace failure. It seems counterintuitive, but failure really is the way to prepare the way for success in the future.

The best entrepreneurs know that calculated risks can help you grow your business. True success won’t come unless you put yourself out there. Sometimes, you need to go out on a limb. While you might do “just fine” without taking any risks, you won’t shine unless you are willing to get out there and face uncertainty — and embrace failure as a possibility.

In many cases, it’s the risk that pays off. But you’ll never know if you don’t take that leap. If you settle for mediocrity and safety, you’ll never realize what might have been.

Whenever you take a risk, you run into the chance of failure. Be willing to accept that. Even if you do fail, if you’ve taken the risk, you now know what works and what doesn’t — and at the very least you’ve stretched yourself in a new direction. You’ll be ready to move on to what’s next in your life, and you can take the lessons learned from failure into your next attempt.

Not only can risks — and the possible failure — lead to better results when something pans out, but you also experience personal growth.

Someone who has never had opposition, and who has never experienced the difficulties that come with failure, doesn’t really have the opportunity for growth. Failure builds character, and it shows you what you’re made of. The way you embrace failure and deal with disappointment determines the way you achieve success, as well as how well you grow as a person.

Great entrepreneurs have personal growth stories. They’ve been through difficult times, and they understand how to overcome adversity. Giving up at the first sign of trouble will never allow you to develop strength as a person, and it certainly won’t provide you with the stamina to make it as an entrepreneur. Failure tests you and strengthens you and turns you into the person and the entrepreneur you want to be.

Failure as a Starting Point

It can be discouraging to work so hard for so long, only to experience failure. The truth is that hard work doesn’t always mean success. However, your current failure doesn’t have to be the end. You can view it as a starting point. Take your failure, learn from it, and then build on it. Use your failure as a new beginning. While you might leave behind something that doesn’t work, now you have something new to try. Take what does work (or even start from scratch), using your failure as a jumping off point.

While you don’t want to intentionally fail at something, you do need to embrace the reality of failure. Don’t dwell on your disappointments. Instead, learn from them, grow and move forward as a stronger entrepreneur with a stronger business. 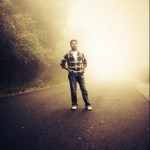 Franklin Manuel is a technical designer with an eye for financial blogs. He aspires to help design Due to enable your early retirement.