Menu
Login
Blog » Retirement » What is a Deferred Annuity?

What is a Deferred Annuity? 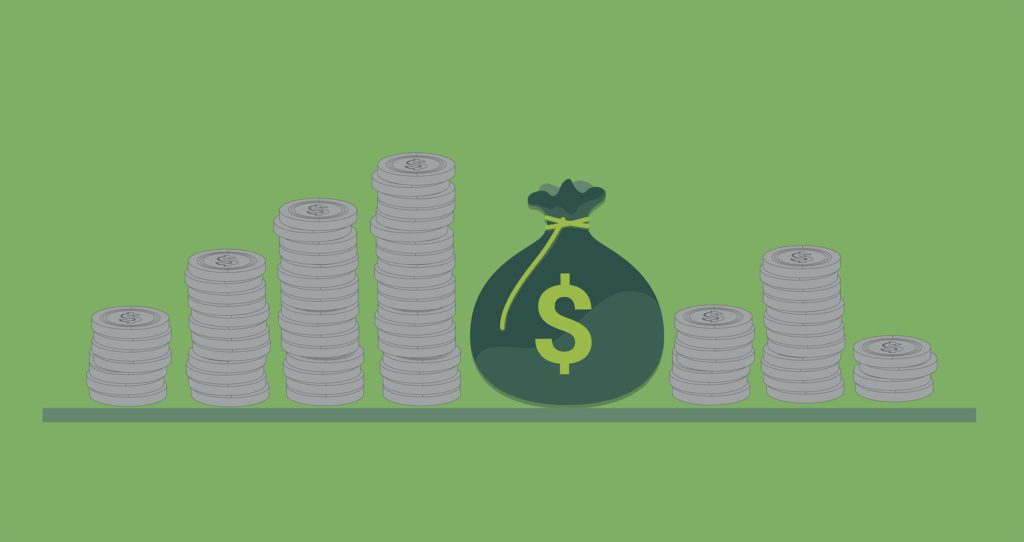 Over the weekend I jumped in the car and went for a leisurely drive. During my ride, Tom Petty’s “The Waiting” came on. While belting out “Yeah, the waiting is the hardest part,” I became curious. Why do we struggle so much with waiting?

“In the United States, we absolutely think of our time as an individual—and also as our scarcest resource,” says Jason Farman, a professor at the University of Maryland and author of Delayed Response: The Art of Waiting from the Ancient to the Instant World. “When we imagine a productive time—time being used wisely, time being used well—waiting is contrary to all of that.”

“If you make me wait, you’re limiting my ability to be successful in this life,” he adds. “Other people control our time in a way that makes us feel powerless. We don’t feel in control. I think that sense of powerlessness and lack of control really drives our hatred of waiting.”

As my mind continued to go down this rabbit hole, I thought to myself that maybe, just maybe, this is why people aren’t fans of deferred annuities.

“They’re usually marketed as safe investments, with guaranteed income, when you’re ready,” he adds. “Most buyers never see the truth. It’s buried in huge, complex, jargon-filled contracts that normal folks can’t understand without a dictionary, gallons of coffee, and a claimant’s lawyer. Few read them.”

Fisher does bring forth some valid points.

But, with uncertainty surrounding retirement income like Social Security, turbulent economic conditions, and life expectancy growing, maybe deferred annuities deserve a second look. Perhaps that’s why deferred annuity assets have risen from $2,218 billion in 2019 to $2,377 billion in 2020. And, according to the LIMRA Secure Retirement Institute, it’s anticipated that over the coming years, deferred annuities are forecast to have the largest annuity growth rates.

What is a Deferred Annuity and How Does it Work?

When you go to buy an annuity, you decide if you want to receive annuities right away, which is an immediate annuity, or you can wait. If you go with the latter, that’s known as a deferred annuity.

A deferred annuity is simply a long-term investment. You transfer a sum of money, either in a lump sum or series of payments, to an annuity provider who will invest it on your behalf — based on the strategy and type you chose. After the initial sum has accrued interest you’ll receive payments.

So far, a deferred annuity is working like another type. The key difference is that are two distinct components;

If you’ve ever bought a certificate of deposit (CD), this probably sounds familiar. In fact, there are also similarities between deferred annuities and retirement accounts like 401(k)s and IRAs. You set aside a chunk of money and the longer you leave it alone, the more it will grow. In turn, you’ll have larger payments.

Moreover, this money grows tax-deferred. As such, funds will be taxed as ordinary income when you begin receiving payments. But, you can expect a 10% penalty fee from the IRS if you make a withdrawal before the age of 59 ½.

If you’re sold on a deferred annuity, you should know that there are several different types to choose from. Each has its own unique features that will influence your future annuity income. Usually, deferred annuities will be based on classifications like the return, term length, and funding style.

The main criticism regarding variable annuities is that there’s not a guaranteed rate of return. However, your money is placed into an investment account consisting of subaccounts. This resembles mutual funds, which are made up of assets like stocks, bonds, and money market accounts.

But, that’s the risk you assume with variable annuities. In exchange for more growth potential, you more actually lose the money that you’ve initially invested.

On the flip side, there’s a fixed deferred annuity. It’s arguably the safest annuity option since it works like a CD. By that I mean, that you’re guaranteed a minimum interest rate your funds will earn. As such, you’ll know exactly how much is coming your way down the road.

However, this interest rate will typically be smaller than market returns. Still, if you have a low-risk tolerance and strive for predictability, then a fixed deferred annuity is right up your alley.

Index deferred annuities are considered to have the best of both worlds — at least when it comes to payment growth. That’s because returns rely partially on a market index, such as the S&P 500. So, when the market is doing well, your money grows more. But, when it’s tanking, your earnings will also plummet.

Index deferred annuities can get complicated. Overall though, there’s more safety and predictability than a variable annuity, but your growth potential isn’t as much as a fixed annuity.

What is a term deferred annuity? It’s simply an annuity that converts your balance into a series of payments. For example, you can set it up where you’ll receive payments for 5 or 20 years.

If you pass away prematurely, the remaining payments will go to your beneficiaries. Also, once the term ends, you’ll stop receiving payments. This is true even if you’re still alive and kicking.

As the name implies, with a lifetime deferred annuity you’ll receive recurring payments for your entire life. What’s more attractive about this is that you can not outlive your annuity income. Just note that when die, these payments will cease — even if the cost of the annuity hasn’t been recouped.

There is a way to get around this limitation — at least partially. And that’s opting for a dual life annuity. This promises payments for someone else, like an heir. Or, you could tack on a death benefit. Be aware that that will lower the monthly payments.

A single-premium deferred annuity is straightforward. You buy the annuity contract with one lump sum payment. For instance, you could use a tax return, inheritance, or the money in a savings account and convert that into a series of future payments.

Just note that if you purchase the annuity using transferred funds from a tax-advantaged traditional retirement plan, except to pay income taxes. The reason? This money hasn’t been previously taxed.

There are also flexible-premium deferred annuities. Instead of one big payment, the premium payments can be spread out over time through a series of smaller payments. The more you put towards the contract, the greater your future income will be. However, there’s also the flexibility to pad your account over time.

The Advantages of Deferred Annuities

Despite what naysayers, like the aforementioned Ken Fisher, there are several advantages associated with deferred annuities. These include the following perks;

The Disadvantages of Deferred Annuities

Despite its advantages, there also some drawbacks that come with a deferred annuity. And, if you aren’t careful, some of these can be rather substantial.

Is a Deferred Annuity Right For You?

Let’s be real, a deferred annuity isn’t for everyone.

For example, if you’re already in retirement and need money within the next year or two for medical expenses, an immediate annuity makes more sense. But, what if you’re several years away from retirement and in good health? A deferred annuity could be a way to supplement your post-career income,

If that’s not helpful, you can answer the following two questions;

If you choose to go forward with a deferred annuity, always make sure that you clearly understand what’s spelled out in the contract. If you don’t, always ask or work with a trusted financial advisor.

How long can payments be delayed?

It depends on the term of the contract. For example, you could “defer” the annuity indefinitely. That wouldn’t make much sense unless leaving it to an heir. The point is that you can wait to annuitize or take action on the annuity for as long as your want, like not initiating payments until you’re 85.

Can you add funds during the accumulation phase?

However, this depends on the annuity company and tax allows. Generally speaking though, during the accumulation phase you may be able to make lump-sum or monthly contributions.

How do withdraws work with a deferred annuity?

Following the accumulation phase, the payout phase begins. If you don’t defer the annuity indefinitely, you have three different payout options;

What’s the difference between deferred and longevity annuities?

“By contrast, a longevity annuity generally provides no access to the funds during the deferral period, and does not allow the contract to be annuitized until the owner reaches a certain age (usually around eighty-five),” they add. “In other words, many taxpayers purchase traditional deferred annuity products with a view toward waiting until old age to begin annuity payouts, but they always have the option of beginning payouts at an earlier date.”

What happens to my deferred annuity when I die?

If you have a life-only contract, meaning that there isn’t a guaranteed payout period, payments will stop upon your death.