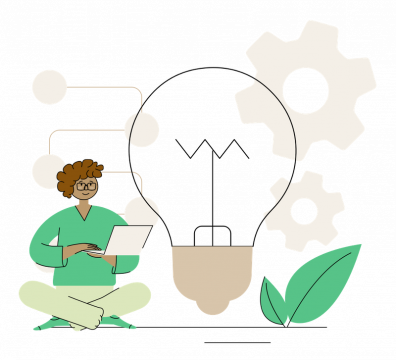 Fortune favors the bold. To the victor go the spoils. Shoot big, win big. Carpe diem. Be sure to grab the lion’s share. Double down. Go for it!

The air we breathe is full of motivational — even emotional catchphrases and go-getter slogans that strongly validate the importance of notable qualities. The sayings and slogans include courage, daring, and originality. Worldwide pop culture, too, is awash with countless narratives.

Some of these thoughts suggest that the good life is to be found by breaking new ground. Furthermore, they suggest that it can be found by refusing to follow conventional wisdom’s footsteps. Without a doubt, there’s at least some truth in this. We have numerous examples of fortunes that great daring things have made.

Unfortunately, much of the business world currently seems to favor a more cautious approach to investing.

Stepping back from daring, adventurous investment opportunities is entirely understandable given several recent high-profile flame-outs. The pandemic of 2020 certainly did its part to throw sand into the gears of up-and-coming startups such as Quibi and Essential. Though other factors also came into play, the heightened economic uncertainty had many investors asking increasingly pointed questions about target audiences and revenue streams.

There’s nothing wrong with investing in solid, stable startups with a promising future, but venture capitalists (VCs) shouldn’t be doing so exclusively. And, they shouldn’t be doing so at the expense of more experimental, forward-thinking firms. This has become even more evident as non-traditional investors have entered the fray and are willing to take risks others won’t.

Perhaps surprisingly, the pandemic did not change the basic rules of investing, nor should it significantly change a venture capitalist’s approach to risk management.

1. Increased risk still carries with it the potential for more significant returns.

Startups that have proven themselves to be consistent moneymakers early on are very attractive investment opportunities for one apparent reason: most startups fail. Many never even generate a single dollar’s worth of profit. Given that stark reality, it just makes sense to hitch your financial investment wagon to the horse that has a proven track record, right?

As always, the reality of successful post-Covid investing is a bit more complicated. For example, startups that are already doing well might easily have experienced their peak revenue levels. In that case, further investment probably wouldn’t help expand operations or market share. That’s why it sometimes makes sense for VCs to invest in an idea that they can nurture higher profitability levels rather than doubling down on existing balance sheets.

Believe it or not, this phenomenon has actually played out in real life. Analysts Michael Ewens, Ramana Nanda, and Matthew Rhodes-Kopf surveyed startups affected by the advent of cloud computing and determined that “experimentation allowed a set of entrepreneurs who would not have been financed in the past to receive early-stage financing.”

They also concluded that the successful startups founded by these entrepreneurs had increases in value up to 20% higher than those in other sectors. Not every experimental idea will pan out quite this well, obviously, but those that do have very high potential indeed.

Experiments are rarely profitable or even deployable in their earliest stages. If a young startup is doing well, it’s probably because they’re operating in a safe, relatively uncontested lane. And, they may also be equipped with the same workflows and business strategies that have underpinned their industry for decades.

These business practices may be perfectly sound, but the downside is that they’re doubtful to uncover anything remarkable. On the other hand, experimental startups in their early stages are often working with data sets or business models that are entirely novel. These unique working conditions can potentially impact their industry significantly — that is — there will be an impact if they can find funding to move forward with their approach.

Simply put, most VCs are not actively encouraging innovation the way they should be. As a result, they are also not reaping the benefits that can be realized by bucking the status quo.

Miles Dotson, the co-founder of startup studio and fund Devland, perfectly sums up the benefits of this strategy: “Traditional venture firms are not typically found with this purpose. Instead, experimentation happens within academic institutions or smaller think tanks exposing discoveries about customers or the market as a whole, assisting investors in backing new opportunities or in optimizing companies already in their portfolios.”

Studios such as Devland are leveraging experimentation practices and strong ties to academia to optimize paths for commercialization.

By establishing mutually beneficial partnerships with lower-cost venues for experimentation — grad students are pursuing a degree, not a six-figure income — new ideas have a chance to float to the surface. Investors, in turn, have secured in advance the opportunity to make new discoveries proprietary.

This type of experimentation happening in studio settings will become a standard across markets. It will significantly drive down cost and increase return potentials, but it’s up to VCs to help make that possible.

3. Socially-conscious investing is on the rise.

While ESGs (Environmental, Social and Corporate governance) earned an eye-watering $51 billion worth of inflows in 2020, this pales in comparison to the $1 trillion that senior BlackRock executive Armando Senra expects them to be worth by 2030.

What does environmental, social, and corporate governance have to do with VCs investing in experiments?

The truth is that many of these startups really are promoting environmental or social causes. Additionally, they are doing so in ways that businesses never have before. These methods may not be immediately profitable.

The upshot of this situation is that risk-averse investors are quick to pass on a market that shows every indication of ballooning as wealth and social responsibility are being increasingly tied one to the other.

Take, for example, the world of carbon capture and storage, a process that the UN deems critical for slowing down the pace of climate change. Right now, the carbon-capture industry is a relatively new niche and unprofitable.

However, its eventual necessity has forecasters claiming that it will more than quadruple in size to a valuation of $4.5 billion by 2027. Admittedly, the tech may be experimental and unprofitable now. But, any investor buying in 2021 will sure be happy to have done so a few years down the line.

Startups typically don’t have much in the way of real estate or other owned property to offer as security on a traditional bank loan. This provides the attentive VC with an opportunity to swoop in. The VC can then assess a startup on merits that many conventional financial institutions don’t consider.

It’s axiomatic that visionaries with determination and drive are primarily the ones who promote successful startups. But, unfortunately, these qualities don’t necessarily show up as assets on a balance sheet.

As institutional investors become more risk-averse, it stands to reason that several great opportunities are slipping through their hands.

Many startup entrepreneurs have a great idea, along with incredible ambition and energy — but aren’t well connected to the people who can transform their vision into a financial reality. On the other hand, VCs typically know where to go and who to ask when seeking funds. They are also able to offer their own personal insights and mentorship. In turn, this serves as a means of increasing the startup’s chances of success.

Once they move forward with investing, of course, it only increases the desire to help steer the ship on a proper course.

However, tighter market conditions and cautious lending practices increase the likelihood that startup founders will be willing to bend a bit more to accommodate the terms and conditions before investment.

Funding investments as a VC is never easy as the prospect of failure always seems to loom on the horizon. Those experiments in investing, however, are more than just potential failures. The willingness to take risks on promising new ventures holds the power to transform. You will ask the question of whether that power is to transform a market sector, industry, or the entire world — if they can just get off the ground.

The Covid-19 pandemic of 2020 certainly had something of a chilling effect on the investment market.

Plenty of established businesses failed. Potentially great ideas lay dormant for lack of funding. These once-great ideas, only die off completely when someone else was first to market.

Many “surefire” investments ran aground when people began confining themselves to their homes. The world of investment funding has always been risky, yes, but Covid-19 just gave the terrain a more vigorous shake than normal.

It could be potentially ruinous to ignore the ways in which investing has changed. But, it would be equally foolish to fail to take note of the ways it has stayed the same. Great ideas are popping up all over our interconnected world. And savvy investors need to carefully assess potential risks…but also be willing to take some.