Blog » Due » How to Use the “Context Effect” to Get Clients to Take You More Seriously
Posted on October 17th, 2016 Published By Joseph Ola

The context effect is an aspect of cognitive psychology that explains how the context in which we observe things (such as environmental and other similar factors) influences how we perceive them. For example, when you see your neighbor — whom you’ve always seen as the average guy — suddenly surrounded and admired by celebrities and big politicians, your opinion of your neighbor suddenly changes… even if nothing changed about him.

Why is there such a stark difference in the price people were willing to pay for the same bottle of beer? Psychology shows us that this is the context effect in action. We have different mental models of a fancy resort hotel versus the average grocery store; one connotes luxury while the other connotes affordability, and people made their decision on how much to pay accordingly.

How to Use the Context Effect as a Freelance Writer

As we can see from Richard Thaler’s Beer on the Beach Experiment, the real cost of goods and services isn’t influenced by actual value. It is influenced by perceived value. This is why people were readily willing to pay almost double for the same beer just because it is coming from a fancy hotel resort instead of from a run-down grocery store. 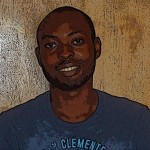 Joseph Ola, a versatile freelance writer from one of the biggest countries in Africa. He writes about tech and financial advice.