These are Key Traits for the Best Retirement States 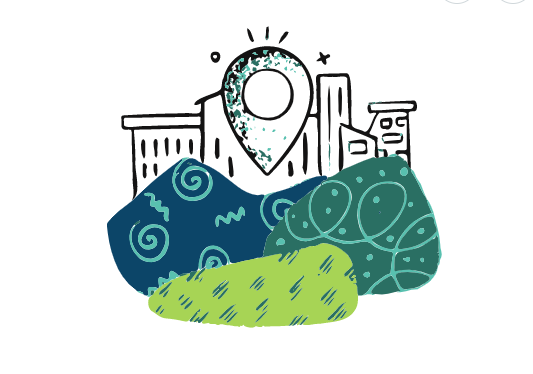 Here is a complete list of the worst and best retirement states that provides a deeper breakdown of all 20 retirement variables. Here are the top ten states.

Americans often ask the question, “Where is the best place to retire financially?” Credit Karma did a study to answer this question. It analyzed all 50 U.S. states and 20 relevant factors.

These factors include the overall cost of living, the percentage of residents 65 or older living below the poverty level, the prices of elderly healthcare, and more. In addition, the study reveals the top five states for retiring in the U.S.

States that do not tax social security

Social security income is not subject to tax in the top 10 best states for retiring. The study found that 9 of the ten top-ranked states don’t tax Social Security income.

Of the nine best states to retire in Vermont is the one with a tax. However, it does have a graduated system that exempts taxpayers from Social Security if their income is less than $34,000 for single filings and below $44,000 for filing jointly.

State that does not tax retirement income

Many of the most desirable states for retiring offer a tax break on income sources other than Social Security to their retirees. The second best state for retirement — Florida — has no income tax. Unfortunately, this makes it one of the states that don’t tax pensions.

The third-best in the list — New Hampshire — doesn’t levy tax on income earned from a retirement job or pensions. New Hampshire does tax dividends and interest but is otherwise one of the most tax-friendly states for retiring.

The sixth best state, Pennsylvania, is also the most popular. If you withdraw from an IRA or 401k after age 59-and a half, they are usually exempted.

Retire in a State with Strong Social Programs.

A state that doesn’t tax social security or doesn’t tax retirement income stands out. But states with socio-economic programs and conditions conducive to a healthy, fulfilling life for retirees also stand out.

Retirees need to have access to affordable healthcare. Avoiding healthcare because it is expensive is one of the most challenging situations an elderly American could find. Unfortunately, the percentage of seniors 65 years and older who have opted to stay in the best places to retire is much lower than the average.

SNAP (Supplemental Nutrition Assistance Program) is a vital lifeline for many retired American people. SNAP is highly accessible to the elderly in poverty in many of the best retirement states. Florida, Hawaii, and Maryland are all among the top-10 most desirable conditions for retirement.

SNAP is available to 100% of those 60 years and older who live in poverty in these areas. However, California’s SNAP coverage is only 42.5 per 100 people 60 years old or older and live in poverty.

Not always the best places to retire are the cheapest.

When deciding where to retire, it is essential to consider the cost of living and healthcare. Saving money on healthcare and other living expenses is an integral part of building your retirement nest egg.

Low-cost states or low healthcare costs can lead to lower quality and less access to senior healthcare services. Alabama, for instance, has the lowest price of senior healthcare, but that doesn’t mean it isn’t susceptible to suffering from high rates of healthcare inequity, including food insecurity, costs, and seniors 65 and over living below the poverty level.

When it comes to healthcare and cost of living, you shouldn’t choose the states with the lowest prices. The quality and lifestyle of care often suffer. Balance is the key.

Look before you leap.

If you find your retirement haven does not meet all your expectations, don’t despair. The key in retirement, as in everything else, is to always have an exit strategy.

If you don’t like the bugs and humidity down South you should always be able to pick up and move to somewhere dryer and cooler like Colorado.

Don’t be fooled by an exotic location. Exotic locations are often subject to exotic weather and other upheavals. You won’t enjoy your exotic retirement if you’re blown away by a hurricane.