What is the Blockchain? The Blockchain Era is the time of technology used to build crypto currencies, meaning this technology has a distributed network on the Internet that allows payments from buyer to vendor. It’s like a huge PayPal that is distributed so it doesn’t sit on a single server. Because it’s on a distributed system it cannot be shut down, and as it is encrypted, and has no central controller, it means that there is no need for a central entity (such as a bank) to create trust between the sender and recipient.

Blockchain technology allows money to move on the Internet with no need for banks. Why is this necessary? In the last 15 years, the Internet has been progressing rapidly. The problem is that the banking system is not progressing fast enough to keep up. With a bank there is a need for a central entity to ensure that all transactions are legitimate and correct.

Traditionally, transactions are time consuming. If I send you money, we are stuck with a bank between us. Banks also charge fees, and because banks operate like heavy machinery, their fees are relatively high. For this reason, if I want to send you a micropayment, or pay you in several small increments, it doesn’t make financial sense to use banks.

More and more people are becoming better connected but they cannot communicate well when it comes to money. This is the reason that the Blockchain was created. Now I can send you a micropayment for, say, one word of content, with no problem.

The fee that a Blockchain will charge (which is just technology, with nobody controlling it) is relatively low, no matter how small the amount being sent. With this new financial technology, it is possible to send tiny amounts in a single transaction. It’s a new type of currency to facilitate the growing financial demands of the Internet.

The most prominent example is Bitcoin. I can send you a millionth of a Bitcoin with no issues, with no bank acting as middleman. Now we are in an era where micro-payments are a reality. We are not talking only about banks. We are talking about other entities that could be considered points of trust between people or corporations, such as Facebook, for example.

Social Media and the Distribution of Money

What is a Facebook Like? Let’s imagine that a new currency will appear. Let’s call it a Social Media Coin. Every time that I press ‘Like’, I will send a tiny portion of a dollar, or micropayment to someone that I ‘liked’ using this currency. Let’s imagine how that world would look. Basically, everybody that receives Likes would make money, and the money would be a genuine show of gratitude towards that person. Social media will distribute money.

It’s possible that you wouldn’t need a platform such as Facebook in this scenario, as whenever you added a particular widget, or add-on to your site, or social account, etc., it would add real value. After that, money would be distributed differently. Take, for example, a farmer in Africa. If they have a smartphone, and have something of value to share or show, they can start to make money as easily as someone sitting in Manhattan.

Earnings would rely more on peoples’ creativity, their views, and any way in which they can attract the attention of others through the Internet. This is already in evidence with the introduction of companies like Steem (https://steem.io), which rewards content creators with ‘Steem Dollars” by way of remittance, and resolves to “serve the two billion unbanked people across the planet.”

Everyone is an Internet Marketer

In the world of the Blockchain and social media, we would all be Internet marketers, of sorts. Everybody who is shared is getting paid in micropayments, as it is possible to be paid in increments for smaller actions and services. The world will change. You will see much more content coming from further and further afield, including the third world.  190 million Pakistanis will start to benefit from social media sharing.

Billions more people will join social networks and start creating content. Right now, the USA is the main distributor of content, but this is going to change. Population size will determine the volume of the content. We’ll see much more content from India, Africa, China, and South America.

Era of the Blockchain Change

As we are entering an era of change, a global phenomenon will soon emerge as philosophies and beliefs shift and unexposed cultures experience new technologies. In 20-30 years from now we are going to enter into a super economy, where the content is much more equally distributed between the global populations.

Right now the margins of distribution are narrow, and this is about to change. This is disruptive change that can happen overnight. People will be able to buy essential products, solar panels, mobile phones, etc. This could change markets on a global scale as disadvantaged populations can more easily communicate.

Kodak was liquidated overnight when Nokia chose to ship their mobile phones with cameras. The same could happen with social media and the banking system. This could herald a sea change in global economics. Only one single form of social media has to accommodate micro-payments in order for this to happen. Once they integrate with the Blockchain, then boom! Something big is happening. From there it will spread like wildfire. There will be a big change in the landscape of social media companies. The first to leap will gain the most traction, then the others must also conform or die. Social media companies will have no justification to exist if they do not get onboard.

The next question is what will happen to all the advertisers on social media? Revenues of companies that make money from advertisements (Google, Yahoo, Facebook, etc.) will go down. There would be less justification to charge your user base money for advertisements. Major businesses may be rendered obsolete; this will be the next disruption of the chain. Social media products may no longer be a necessary advertising platform. Existing companies will try to ensure they are not outgrown when equivalent open source platforms rise quickly and establish firm footings in fresh soil.

A Freer Internet and a New Equilibrium

Open source collaboration could also free up the web, making rules and regulations set by social media obsolete. Also, existing social media dictates the rhythm of what is acceptable to share. Blockchain social media, on the other hand, is a form of social media that nobody can control. Additionally, there will be no rules, no governance, and no control over how we move our money.

Once micro-payments are integrated with social media, there will be no control over content, no control over money. We will see a major financial and technological revolution, where nobody will dictate what is acceptable to share or trade. It will be a free market that is completely open source and with no financial boundaries and a freer society in which everyone can participate.

When there is a disruption in the financial equilibrium, the situation will fluctuate between positive and negative until it eventually stabilizes. Both the minting of coins and the introduction of the banknote caused for disruption in their time as well. This encouraged trade, and with it, the exchange of information throughout the far corners of the world. To the Silk Road and beyond, the evolution of money facilitated new possibilities. Carrying large amounts of commodities was difficult and costly to transport. With the convenience of coinage, a new era for global trade was born.

As humans we are creative beings. Everybody creates their own content. Some sing, some photograph, some write, some paint… We are all creating content that is a reflection of ourselves. Since time immemorial we have been recording and sharing our creativity, from cave paintings, to the writings of Greek scholars, to the music of the classical era, right through to the present digital age of blogging and social media sharing. With the introduction of the Blockchain into social media, and as more companies like Steem explore the possibilities offered by crypto currencies, we will see revolutions in both the way we exchange money and the way in which we share our creativity. The questions remain as to what extent it will affect the way in which we interact as human beings and how it will shape the future of global trade as a whole. 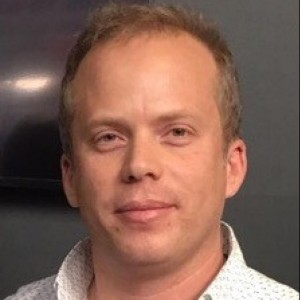