Security Features of US Currency

As a business owner, you may find yourself accepting cash as payment. If you take in cash regularly, knowing what to look out for when it comes to counterfeit currency could save your business money. Don’t get swindled by counterfitters or people unknowingly carrying fake money, look out for these security features to know the money in your hands is real, official, legal United States currency.

Paper made of cotton

Did you know that the “paper” used to make paper money isn’t actually made of paper? The majority of the bill is made of cotton just like many of your clothes. The 75% cotton, 25% linen bills hold up far better to water, wear and tear, and an occasional washing machine or swimming pool better than regular old paper.

Crane & Co. in Dalton, Massachusetts is the longtime supplier of this paper for the Federal Reserve, as it has been since 1879. You probably know Crane best for custom stationary. Little did you know you were carrying one of their products in your wallet! This special paper composition can go through a double fold at least 4,000 times before falling apart. And isn’t there something about it that just feels good on your fingertips?

If you hold up a $5 bill or higher to light, you will see a security strip embedded in the fabric of the bill. If you hold up a few bills of the same denomination, you will notice that the strip is in the exact same location on each bill. Sewing these into the bills is a trade secret, and an impressive one at that. This makes it much more difficult for counterfeiters to copy.

But wait, there’s more! Not only is there a security thread in the bills, that thread glows a specific color under ultraviolet light depending on the denomination. Your old black light from college will probably do the trick if you want to check it out. These are the colors you should expect to see, according to Cycleback.

Maybe instead of glow sticks, partiers should wrap themselves with money at dance parties? That would be one way to prove their worth on the dance floor… (Okay, that is a really bad pun.)

The ink used on US money is special too. It isn’t regular old ink like you would find in a pen or marker. It is special, metallic color shifting ink. Also known as optically variable ink, this ink changes shade based on the angle you are at compared to the money. Hold up a big bill straight in front of you in a room with good lighting and you should notice the glimmer and color change as you rotate and move the bill.

While this ink is a newer feature, it did not make older currency obsolete. According to US law, all legal currency created since 1861 is valid at face value. This video below explains more about how the ink works from a more scientific point of view.

The United States government started printing the familiar green tinted money in the Civil War era in the 1860s. The bills quickly picked up the nickname “greenback.” While that version of greenbacks was only printed for a short period of time, the name sticks around to this day. You might also notice that US paper money has a green backside to this day, making greenback a still fitting reference.

The front of newer bills is not just green, however. Older Millennials, Generation X, and prior generations remember the days when all money looked fairly similar. But kids now don’t remember the older style of US currency. 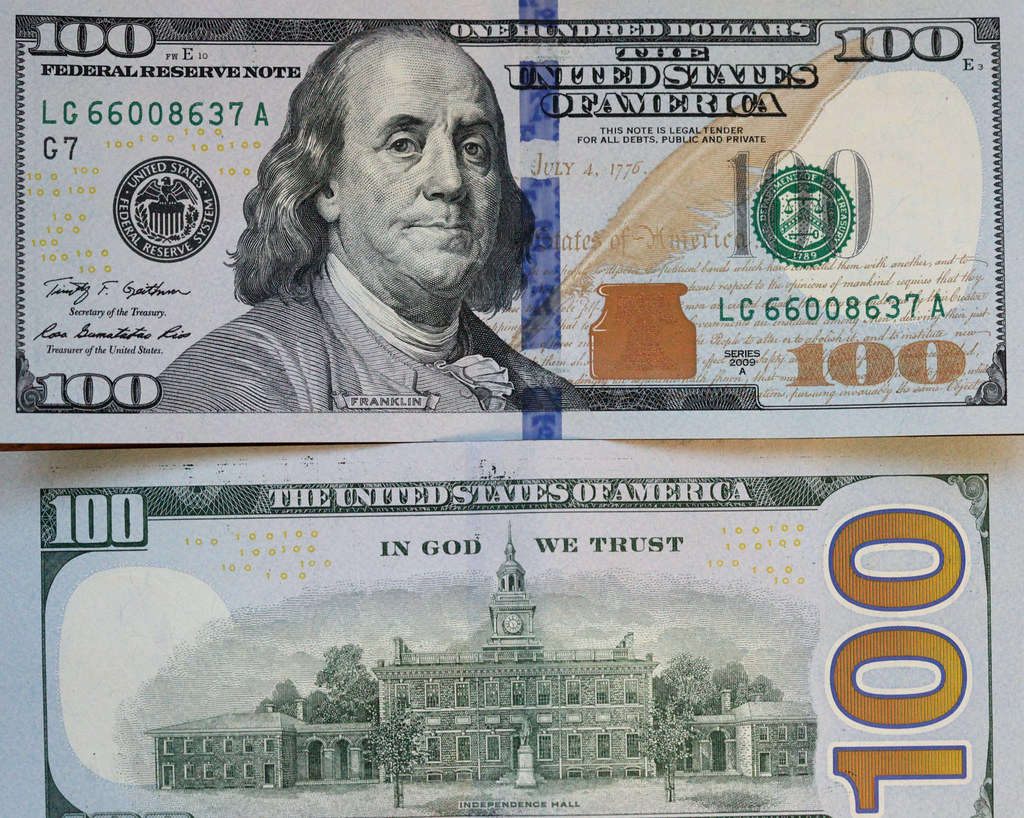 The newer style $100 bill pictured above has four shades of ink. Each shade is added in its own printing, which is another security feature that makes US currency so hard to copy and counterfeit. Even if you were to print off a photocopy, the layering would not match up and anyone who pays close enough attention could quickly spot it as a fake bill.

Don’t get stuck with fake money

If you accept a stack of fake bills from a customer and the bank won’t take them, do you know who gets stuck providing a good or service and not getting paid? It isn’t the bank, it’s you and your business. If you accept cash payments, make sure your staff is trained and you take basic precautions to ensure you only take real, genuine US currency.