Potential Bitcoin Adoption As A Currency in Japan 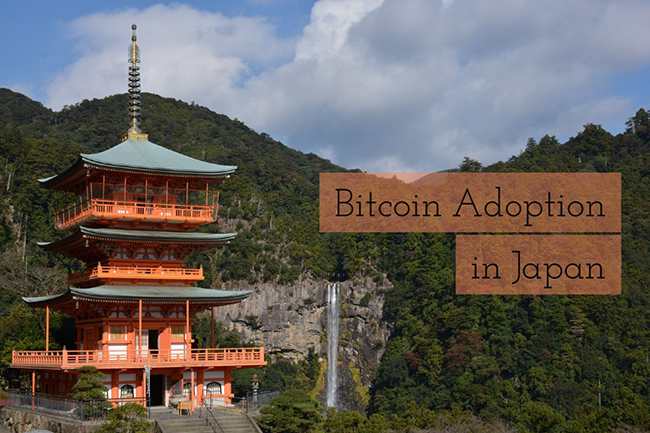 Laws and regulations involving the use of cryptocurrencies like bitcoin vary from country to country. In Bangladesh, virtual currencies are outlawed. Germany considers it private money. In the U.S., virtual currency is classified as a commodity with each state having their laws and regulations. Bitcoin adoption is slowly becoming more popular in international markets.

Japan, however, is an interesting case.

As Kevin Cruz explains in Bitcoin Magazine, “In March of 2014, the Japanese government made a cabinet decision on the legal treatment of Bitcoin.” Cruz adds, “The decision did not rule bitcoin as currency nor as a bond; this prohibited banks and securities companies from dealing with bitcoins.” In the end, it was decided “that it is not necessary to regulate sales, purchases, and/or exchanges of bitcoins.” Japan also launched a self-regulatory authority known as the Japan Authority of Digital Assets (JADA).

In late 2015, it was reported that Japan was also drafting its first ever set of cryptocurrency regulations that would require “bitcoin exchanges and those dealing with virtual currencies must register with the government to fall under a regulatory framework.”

These actions were a response to the bankruptcy of Mt Gox in February 2014. At the time Mt Gox was the most widely used Bitcoin exchange in the world. Its bankruptcy resulted in the loss of approximately 850,000 bitcoins. Because bitcoins weren’t considered real property, those who lost money couldn’t seek compensation.

Since then, Japan has continued to examine the potential virtual money and the need for regulations. This has finally lead to Japan’s Financial Services Agency (FSA) actually considering bitcoin adoption, and other alternatives, as a currency.

According to a report by Nikkei, the FSA is considering whether or not to make revisions to current legislation that would classify digital currencies as “fulfilling the functions of currency.”

The report adds, “They are now recognized as objects but are not treated on a par with their more established counterparts,” as well as;

“Under the FSA’s proposed definition, virtual currencies must serve as a medium of exchange, meaning that they can be used to purchase goods and services. They must also be exchangeable for legal tender through purchases or trades with an unspecified partner.”

As Samburaj Das says in CCN, “If the legislative revisions and the newly proposed definition by the FSA were to go through, digital currency exchanges and other services such as wallet providers who deal in virtual currencies would be required to register with the FSA.”

What does this mean?

By doing so, this would prevent a scenario similar to the Mt Gox debacle. However, Daniel Cooper says in Engadget that “At this point, it’s not clear exactly how the legalized system will work” and “who will take the role of making that exchange.” Cooper believes that it will ultimately resemble the regulations that the U.S. has in place involving Bitcoin exchanges, such as bitcoins being insured.

Yuzo Kano, CEO of Japan-based bitcoin exchange BitFlyer, informed CoinDesk, that “the law will now pass to the lower and upper houses of the legislature for review.” And, if the proposal is passed, “exchanges would need to separate client and company assets, regularly audit their finances and satisfy anti-money laundering (AML) and know-your-customer (KYC) regulations.”

The current session of the Diet, Japan’s legislature, runs from January 4 to June 1, but it’s anticipated that these changes will appear in May.