Blog » Money Tips » Is Your Money Mindset Getting in the Way of Your Success?

Is Your Money Mindset Getting in the Way of Your Success? 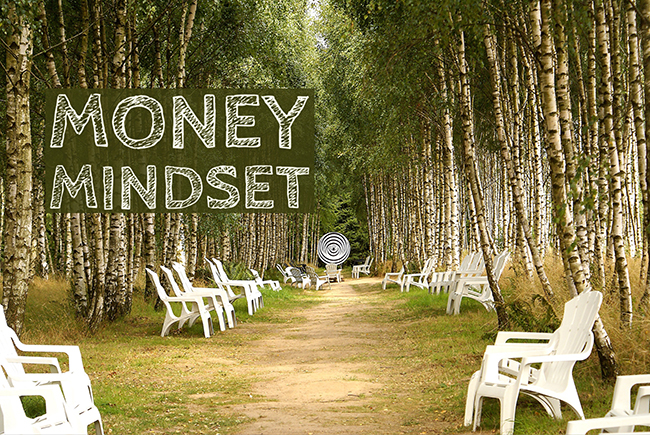 While I have certainly worked my tail off in terms of the seemingly practical aspects of building a business, I’ve also done a lot of work with my own money mindset. The reality is I’ve noticed that when nothing you’re doing is working – especially if you’re doing all the “right” things in business – then it’s more an issue of your mentality than it is about your work ethic. You could be working 12 hours a day and busting your tail, but if your mentality is all wrong you probably still won’t see very much money.

How Your Money Mindset Can Hold You Back

This is certainly something I dealt with in the beginning stages of my business. Around my second year of freelancing full time, I’d reached an income plateau. No matter what I did I could not get past the $2500 a month mark. I believe I spent about a year like this.

I didn’t really know this at the time, but I had some pretty deep issues around the idea of earning money. Although I kept saying I wanted to make more money, my money mentality at the time kept saying that it was impossible.

Once I got clear on the fact that my money mentality was the issue, I set out to work on changing it. Within a few months, I finally broke the income plateau and the money hasn’t stopped rolling in since.

How to Identify Your Money Mentality

Our money mentality is essentially what we believe about money. This includes our earning capacity. For me, I’d always been told that creative people don’t make a lot of money because it’s not practical. Therefore, somewhere in my mind, I believed I would never make the kind of money I wanted because society didn’t value my skillset.

This is just one example of a money mentality. For other people it may look like being afraid to outearn their partner, assuming their gender can’t make more money or simply having a lack of confidence in their ability to earn.

The best way to determine what money mentality you’re carrying is to just get honest with yourself. Do you really believe you can earn more? If not, why?

How to Change a Negative Money Mentality

Changing a negative money mentality is a practice. In my experience, I had to experiment with a lot of different tools and strategies. Simply put, you don’t just wake up one morning and suddenly your money fears are gone. The reality is it takes consistent awareness and constant effort.

Here are just a few of the things I did to change my own negative money mentality:

Changing your money mentality is very hard work, but it is well worth the effort in the long run. It may seem daunting at first, but no successful business owner I know has gotten away with not addressing their own money mentality issues.