Modeling People Analytics for your Business 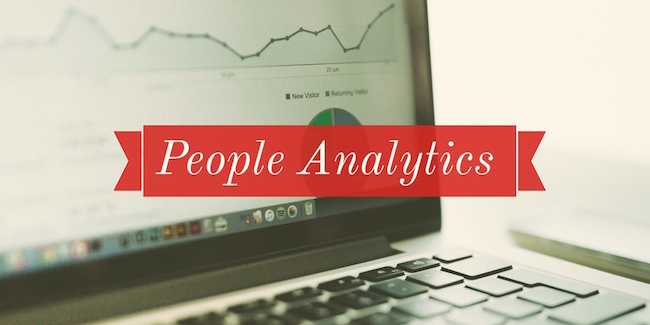 While predictive analytics has been used for other activities like picking players in sports and how games will play out (a la Moneyball), it is now being applied to people and their careers so that organizations can predict who will be the best talent to onboard.

It’s about creating a competitive advantage through talent acquisition without resorting to guesswork. The concept of people analytics is expanding. Thus, creation of tools and models aids us in our learning. We learn more and more about people analytics.  At the same time, others are providing consultative solutions to help large businesses find those perfect talent fits.

However, according to ERE Media, the understanding of the benefits and actual use are still slow to catch on among most organizations. As the ERE Media study noted, “While only 19% of respondents currently use an analytics solution, an impressive 52% see value and plan on implementing a solution in the next 18 months. Although only 12% of respondents have moved beyond basic data reporting, 48% plan to in the next 18 months.”

A study by Deloitte University Press entitled, Global Human Capital Trends 2015 found similar interest but lack of action and alignment. The report found that “three in four surveyed companies (75%) believe that using people analytics is ‘important,’ but just eight percent believe their organization is ‘strong’ in this area— almost exactly the same percentage as in 2014.”

This is despite the fact that research has shown “companies that build capabilities in people analytics outperform their peers in quality of hire, retention, and leadership capabilities, and are generally higher ranked in their employment brand.”

To further the understanding of what is possible, here are some examples of people analytics models in action:

Google as Case Study Model of What People Analytics Can Do

Through its People Operations department (which serves as its HR function), Google illustrates that people analytics can do so much beyond just the hiring function but that it can also help guide people management decisions. The company even has its only people analytics function with a director and staff of 30 people. These employees study issues and decisions related to other employees.

Google also has its People and Innovation Lab (PiLab), which also applies people analytics to employee performance and runs modeling related to high performance traits that are then compared to various staff members in terms of their regular surveys and performance management scores. This also runs various types of tests to understand how changing things alters any behaviors. This includes changing cafeteria plate sizes and line times as well as break times, lighting and temperature, and other things. This information helps us learn more about the best environment for productivity.

The company also uses a predictive mathematical algorithm to determine which employees may be difficult to retain and why. Other models used by Google, such as Project Oxygen, assessed significant amounts of data from various surveys and performance reviews. From that information, it makes a list of the top eight qualities a great manager needed. Google uses this data for manager training. This ensures that they provide the tools needed to perform up to or surpass expectations.

While it seems there are many people analytics tools and models available, it is still an evolving area that requires more understanding and trust in terms of how to apply to an organization. Perhaps, with time and as more companies deliver results, companies will jump on board.

Until then, those working hard may continue building their competitive advantage as they retain the best talent out there.