How Much Money Do You Need to Invest in Crypto? 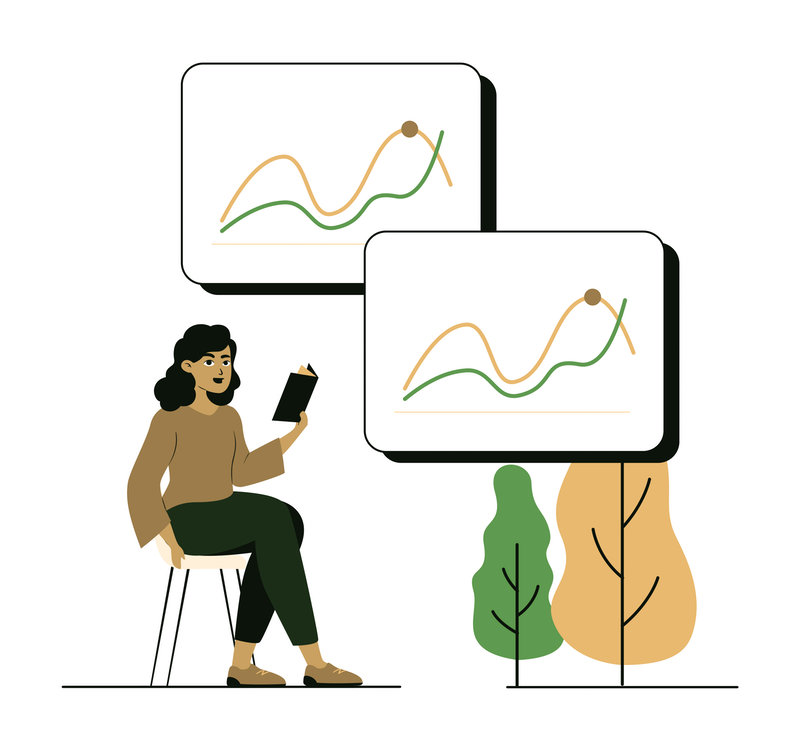 It’s easy to write off cryptocurrency investing as a rich person’s hobby or an activity with a ridiculously high barrier to entry. However, the mechanics to invest in crypto are complex and challenging for newcomers to understand. Moreover, with thousands of cryptocurrencies being actively traded on the market, there’s a significant learning curve to overcome.

On top of that, many people trade cryptocurrency with high frequencies as a form of day trading, and they have millions of dollars of capital to play with to accomplish it. So how much money do you truly need to invest in crypto, and what’s the best way to get there?

There are many different ways to get involved in crypto investing. For example, you could get into crypto mining. Bitcoin and other similar cryptocurrencies require an extended network of active participants to function correctly; these participants maintain and develop the blockchain ledger on which the entire cryptocurrency is based. Participants must volunteer significant computing power to make this work, and they’re rewarded with small amounts of cryptocurrency as compensation for their efforts.

Getting involved in crypto mining means you’ll be able to generate coins on your own with no need to purchase them from someone else. To do this, you’re going to need a powerful rig, and even then, there’s no guarantee or going to make money from this endeavor. Most cryptocurrency mining computers rely on very powerful GPUs, costing hundreds to thousands of dollars.

You’ll also need to spend money on the electricity that powers your computer. Depending on which coin you want to buy and the competition you have, as well as several other variables, you could end up spending more money to operate your rig than you make with the actual mining. If you pursue this route, you’ll likely need to invest a minimum of thousands of dollars to get an entry-level rig.

Crypto mining isn’t the only way to get involved in cryptocurrency investing. Most people buy and sell coins through a marketplace. With the right market, you’ll have dozens or even hundreds of cryptocurrencies to choose from, and you can buy in tiny increments, sometimes securing a transaction for less than $100.

Most cryptocurrency brokers do charge a bit of money for this service, so you’ll end up paying a little bit more than the total purchase price of your transaction, but this is a negligible cost.

Suppose you’re interested in trading coins frequently and taking advantage of the small spikes and valleys that occur throughout the day. In that case, you’ll need a significant amount of capital, and you’ll need to be prepared to make substantial transactions.

Some influencers in this space trade millions of dollars worth of cryptocurrency at a time to this end. But, this isn’t truly necessary if all you’re interested in is investing in cryptocurrency. You can probably get started with less than $100.

Is It That Simple?

Can you start investing in cryptocurrency with what amounts to some spare change left over from your paycheck? The short answer is yes, at least technically, but there are some problems and complications that you’ll need to consider.

If you have a sufficiently powerful computer, you can set up a rig to mine cryptocurrency on your behalf; instead of investing in crypto, you can generate the resources yourself. There are just a few problems with this idea. GPUs and other necessary computer components tend to be very expensive for starters, compromising your potential profitability. Crypto mining is also highly competitive and energy-intensive. This means you may end up spending more on electricity than you make generating cryptocurrency. Unless you know what you’re doing, you’re probably better off buying and selling crypto on the market.

To start, you’ll need to think about the free capital problem. You can purchase $20 of Bitcoin right now, but if you don’t have $20 to spare, that’s not going to do you much good.

Small scale transactions like the one above shouldn’t be a problem for anybody. But, if you’re living paycheck to paycheck or if money is inordinately tight, you might struggle to save up enough to build momentum.

There are several ways to handle this. For example, you could pick up a second job or a side gig to make some extra money. You could move to a cheaper location or cut expenses that are no longer relevant to you. Even taking advantage of online discount programs could be enough to scrape together an amount of money that allows you to begin cryptocurrency investing.

Another caveat is just because you can invest in cryptocurrency doesn’t necessarily mean you should. Cryptocurrency is an uncertain investment wrought with volatility and regulatory complications. There’s never a guarantee that any cryptocurrency will increase in value or even hold its value. And, many new cryptocurrencies entering the scene end up being flagged as scams.

If you’re interested in protecting your investment and maximizing your long-term gains, you shouldn’t invest all your money in cryptocurrency, especially if you don’t have much money to spare. Even the riskiest investment portfolios in the world should have only a minority stake in cryptocurrency, with the remainder of their principal allocated to assets like stocks and bonds. Keep this in mind if you’re trying to build wealth.

There’s also a problem related to investment time horizons and the potential return of your investment. Many people who delve into cryptocurrency are excited about the notion of turning a $1,000 investment into millions of dollars in wealth.

In case the above arguments didn’t convince you, some anecdotal examples prove that you can start investing in cryptocurrency with almost nothing and still be highly successful.

For example, take Erik Finman, who started investing in cryptocurrency at age 12 with only $1,000; by age 18, he had a net worth of $3.4 million. Granted, Finman began to invest in cryptocurrency long before it became mainstream. Additionally, he made some intelligent (and lucky) transactions early. However, he still became a multimillionaire after making a relatively small investment.

One other important thing to note here is that investing in cryptocurrency is still difficult. Even if you spend months of your life reading about cryptocurrency, studying historical trends, and doing your due diligence for each of several different currencies currently being traded and speculated on, you still might make some bad decisions.

You could end up losing your initial investment, plummeting the principal back to zero. Or, you could make a handful of bad trades that completely negate whatever gains you made from your first trades. You could even end up holding onto a cryptocurrency with no realistic future. Consequently, you wouldn’t have enough buyers to fully liquidate your position.

Even with a lot of money, becoming a competent cryptocurrency investor takes time.

Some limitations prevent newcomers from fully jumping into the crypto investing game. However, there’s a lot to learn, there are many opportunities for failure, and you should have at least some disposable income or capital before you begin investing.

That said, the barrier to entry isn’t nearly as hard as some people make it out to be. And, you can start investing in crypto even with a small amount of money.