The Importance of Philanthropy in Business 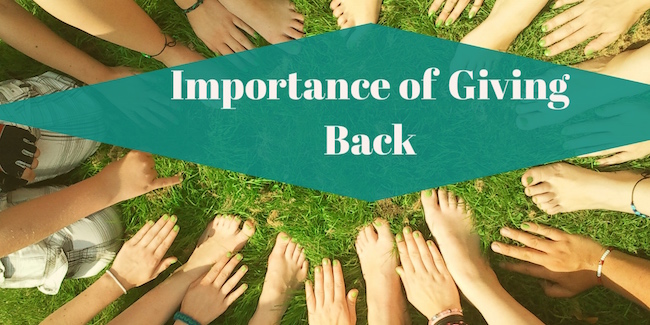 Mark Zuckerberg. Sergey Brin. Mark Cuban. Paul Allen. Michael Bloomberg. Richard Branson. Phil Knight. Bill Gates. Each of these Rock Stars of Business are successful entrepreneurs. Each and every one of these people are also known for their emphasis on philanthropy.

This list of names isn’t just a small sample size of entrepreneurs either. This generosity is a common thread that unites entrepreneurs all over the world. In fact, according to a survey backed by Ernst & Young and conducted by Australia’s Fidelity Charitable Gift Trust, found that a whooping 89% of entrepreneurs make donations to charities. Another 70% of entrepreneurs reported that they also donate their time.

Even more interesting, the list of those entrepreneurs who have the moral decency to help with their time and means isn’t just limited to the tech giants located in Silicon Valley. Smaller businesses are also known for their charity. A 2015 new study from Alignable found that 95% of small business owners plan to make charitable donations this year -with the 81% planning to give cash donations, 75% giving goods or services, and 67% planning to give their personal time.

“Large corporations get exposure for their sizable charitable donations,” Eric Groves, CEO of Alignable, told Yahoo Finance. “Their contributions are indeed generous, but when you look at giving as a percentage of profits, small businesses give more. It’s important to shine the light on these overlooked entrepreneurs who understand the importance of giving back, and the impact they have on their communities on a daily basis.”

But, why is so important for entrepreneurs to give back to the community?

Science has proven that humans are “hard-wired to be generous”. That is why it feels so good when we’re charitable. It’s in our DNA.

Research conducted by Dr. Jordan Grafman, a neuroscientist and director of brain injury research at the Rehabilitation Institute of Chicago, found that “when people made the decision to donate to what they felt was a worthy organization, parts of the midbrain lit up–the same region that controls cravings for food and sex, and the same region that became active when the subjects added money to their personal reward accounts.”

Furthermore, charity makes us happy and is beneficial to our health. I personally like helping out Open to Hope as it makes me feel like I’m giving back to those around me.

Being charitable also creates new and exciting opportunities for you to network with potential customers, investors, community members, and employees. One of the best ways to achieve this networking opportunity is by volunteering – which has been found to strengthen communities, improve your health, and help you land a job.

Allison Jones has three great places to start volunteering on The Muse, which include;

• Becoming a charity board or member. This is a long-term commitment, but provides more than enough networking opportunities as you work closely with other board members.

• Lending your skills pro bono. If there is one project that is near and dear to your heart, you could provide your services for free to help see it through, such as designing the charity’s website for free.

• Help others as a coach or mentor. This allows you to work directly with people. You never know when this coaching or mentoring could come back to help you. I once had a student who became successful enough to fund one of my startups years later.

While volunteering is a great way to network, it also gives you the chance to enhance your skills and expertise.

“Building a reserve of goodwill in your community means there will be people there to back you up and speak up on your behalf in the future,” writes John Boitnott in Entrepreneur. For example, when Facebook moved into the former campus of Sun Microsystems in Menlo Park, residents were concerned about how this would impact the infrastructure.

Facebook responded by improving bicycle trials in order to reduce traffic. They also donated $20 million to local schools in the proximity. While this didn’t necessarily please everyone, it did calm the nerves of local residents and built respect for Facebook.

On top of building respect with members of the community, being charitable builds respect among employees, which in turn can boost morale. Molly Reynolds adds on Inc.com that it also “helps us bond with our colleagues as we team up to help those in need.”

“Some companies have been known to give their employees matching bonuses, meaning, when the employee receives a bonus for exceeding his or her sales quota, a donation of the same amount goes to a charity of the employee’s choice,” Reynolds adds. “This gives workers an added incentive to achieve higher results for the company.”

Philanthropy is always and will always be an important part of business. You can choose to donate cash, free goods or services, or simply your time. Whichever way you choose to do it, make sure you make a conscious effort to give back!