How to Save Money When Eating Out

If you spend a pretty penny wining and dining, you’re certainly not alone. In fact, for the first time ever, Americans are spending more moola eating at restaurants than on groceries, according to Money magazine. To boot, the average household in the U.S. spends an average of $3,008 each year on dining out, reports the Bureau of Labor Statistics.

First things first: figure out how much you generally spend on eating out. You can use one of many money-saving apps or even just create a spreadsheet to track how much you spend. Next, look for trends in your spending. For instance, you may spend more on dining out during weekends, on holidays, and while entertaining out-of-town visitors. Once you can see your spending patterns more clearly, you can begin to make some changes to your habits.

Set alerts on your card

So now that you have more knowledge about your spending habits, you can take useful action. Along with auto transfers and multiple spending accounts, notifications from a debit or credit card is a financial godsend. Make use of these notifications to keep you in check when eating out. For instance, you can set an alert when you spend more than a designated amount in a single transaction. Or, you can set up notifications on foreign transactions, which come in handy while you’re on vacation.

Commit to one small change

One of my personal heroes, the venerable Leo Babauta of Zen Habits, has sound advice for those who want to change their ways: it all starts with a single small change. So if you want long-lasting and positive results, keep it simple. Focus on one area and commit to making a simple tweak.

For instance, if you want to cut back on eating out during the workweek, brown bag it once a week. Or consider going to a happy hour or lunch instead of eating out for dinner, which gets pricey fast.

Whether on a first date or social hour with your gal pals, split the bill. I know it can be a pain to do the math after a few rounds of drinks. But, it’s a major pet peeve of mine to split the dinner bill evenly, especially when I’m trying to be prudent and curb my spending. This happened to me recently, and if I didn’t say something, I would have chipped in for everyone’s mimosas when I only had water.

To make things easy when it comes to splitting the bill, say hello to technology and use modern-day apps. Some popular ones include Splitwise, Billr, Divvy, Venmo, and Cash (note: Billr and Divvy cost 99 cents to download). And if you’re a Chime member, you can use our Pay Friends feature. You’ll just want to make sure the peeps you’re going splitsies with all have the Chime app as well.

This is one of my favorite tactics. After I became a full-time freelancer, I made it a habit to carry snacks with me wherever I went. Whether I’m spending the day at a co-working space or doing the “digital nomad” thing, I make a quick trip to the market to load up on snacks. Not only does it help me save money, but I make healthier choices while on the move.

If you do carry cash, consider carrying larger bills. Why? We have a harder time spending larger bills than smaller ones, according Time Magazine. This has to do with a concept called “mental accounting.” It turns out that we tend to think of smaller bills as petty cash, and for this reason we aren’t as reluctant to spend ones and fives. On the other hand, we think of larger bills as “real money,” so we tend to think twice before bringing those out.\

Save for your goals

One thing we fall danger to is saving money and then spending it on something nilly-willy, such as filling up your gas tank (snooze). Instead, put the money you’re saving by not eating out as much into specific, designated accounts. For instance, you can set up funds for your summer vacation or perhaps an enviable inflatable golden swan collection.

For example, if you’re saving twenty bucks a week on brown bagging it during the week, set up an auto transfer to a designated account to pay for something intentional and cool. Not only will this help you make steady headway on your money goals, but seeing immediate results will keep you pumped.

By making these minor tweaks, you’ll save money in no time. In turn, you – and your pocketbook – will be in a happier place. 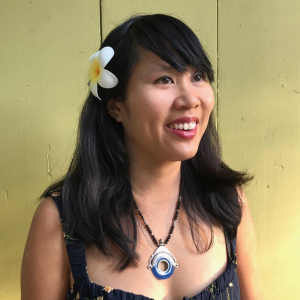 Jackie Lam is a personal finance writer that helps readers navigate the crazy world of retirement. She gives tips and tricks to retire early, save more money and become debt free.