Blog » Money Tips » How Much Money is Enough?

How Much Money is Enough? 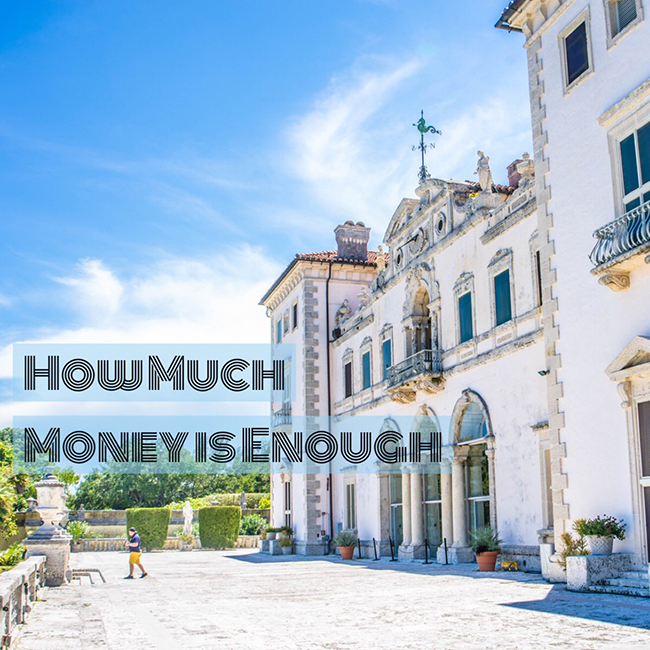 One of the questions business owners have to ask themselves is this: How much money is enough? At what point do I need to worry less about money, and more about where my time is going?

When I first started freelancing, I just thought I wanted to keep making more and more money. However, I’ve recently realized that more isn’t always better — especially if I have to keep spending more time working in order to make more money.

Recently, I’ve been exploring the idea of choosing to make less than six figures a year. This doesn’t mean that I’ll be sitting around doing nothing. It means that I might have more time to engage in activities that I prefer, including more time with my son, and more time being involved in the community.

Trying to Decide How Much Money is Enough

For some people, making money is about keeping score. The more they have, the more they feel like they are “winning.” However, that doesn’t work for me. I see money as a means to an end. I see money as a tool that allows me flexibility and a certain degree of freedom. It supports me as I prepare for my future and enjoy my present.

As a result of a change in circumstances, I realize that the answer to “How much money is enough?” happens to be much less than it was previously. I spend less than I used to on almost everything because I live in an area with a low cost of living.

Rather than working for more money, I’m interested in making sure I have time. I can make more money later if I decide I want to. I can’t manufacture more time.

For some people, the solution to the conundrum is to develop systems that allow them to make money without working more. To some degree, I employed this tactic. I have raised my rates so that I can get the same amount of income by doing less work. Others look into partnerships and affiliate income, as well as other types of passive income, to provide them with revenue streams without the need to work more.

If these are viable options for you as a business owner, you can enjoy your life more while working less. However, you still need to pay attention and do some work or you could lose your income streams.

Deciding how much money is enough can help you avoid getting bogged down with too much work. Rather than constantly thinking about an end result that requires X number of dollars, think about the here and now. What do you need to do in order to create the lifestyle you want?

Working toward that has allowed me to step back and worry less about hitting an income level. Instead, I base my definition of success on how fulfilling I find my life. It’s pretty good right now, so that’s how I decide how much money is enough. How do you decide?