Why January is When Freelancers Should Begin Working on Taxes 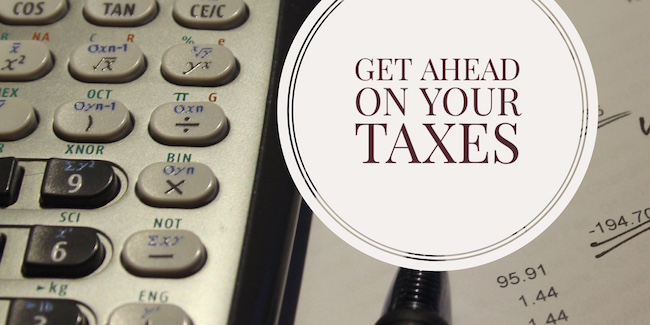 Once the new year rolls around again, many people think back about all that happened in their lives the previous year. They may celebrate the good and look back at the not so good with the determination to do better this year.

The new year gives them a chance to start fresh in a way. Although they can’t truly start with a clean slate, so to speak, they can make plans for the new year that include both personal and business goals and improvements.

Even though it may be tempting to put off working on taxes until February, March, or even April, there are plenty of reasons why January is when freelancers should begin working on taxes.

Freelancers have more complex tax returns than those that work at traditional jobs. For instance, they have deductions others don’t have to worry about as well as quarterly tax payments to consider.

Therefore, January is when freelancers should begin working on taxes to allow them more time to complete them. It gives them the chance to gather documentation needed for business write offs. For example, travel expenses, office expenses, utilities, health insurance, retirement contributions, and more.

In addition to giving freelancers more time to gather important documents, starting on taxes in January allows them to seek professional advice if they need it. Many other people are also working on their taxes for the year and appointments with an accountant could be hard to get.

Gets It Over With

If freelancers dread doing their taxes due to all of the extra time it takes, starting in January allows them to get it done and over with. Because figuring taxes can’t be avoided there really isn’t a good reason to put it off.

Not only that, but there are plenty of reasons not to put it off. One is the relief they will feel simply from getting their taxes completed and out of the way for the year. This reason alone is worth the hassle of starting early.

Starting their taxes in January allows freelancers the opportunity to get their refunds earlier if they are expecting any. This lets them pay down debt sooner, pay on regular bills that may be behind, or invest in their business.

Of course there may be other ways they plan to use their tax refund. This could be things like purchasing needed office equipment, buying a new vehicle, or taking a vacation. But the best way to get their refund quicker is to file their taxes sooner.

Enables This Year’s Budget to Be Accurate

Another good reason freelancers should begin working on taxes in January is that it enables them to have more accurate budgets for the year.

As they gather information for tax purposes, they will see how much was actually spent in every category for the previous year. The current year’s budget might need some adjustments based on last year’s figures.

The new year is a time of renewal and starting fresh. Why not include filing taxes earlier as a New Year’s resolution? To fulfill it would mean January is when freelancers should begin working on taxes.