Exploring The Internet Of Money 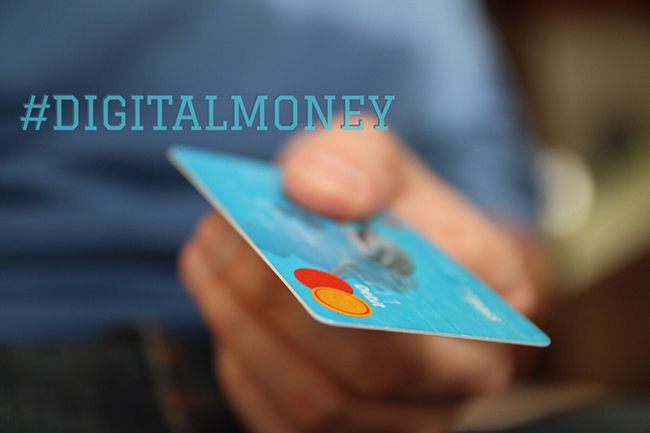 First there was the Internet of Things, the idea that we will become a networked society with our houses, cars, work and social circles. It makes sense that if we are going to be connected through the Internet that we then will need a financial system that works within that environment to provide for the exchange of goods and services. Hence, the idea of the Internet of Money was born.

In 2014, Bloomberg published an article with the title, “The Internet of Money” and the predication that a radical change coming in the form of financial innovation was imminent. As the article noted, “This one could sweep over traditional banking, traditional payments systems, even the traditional idea of money.”

The article referred to digital finance instruments that have always relied on central third parties to record and manage all transactions. However, the rest of the article noted that this Internet of Money would create a decentralized financial system, truly revolutionizing the industry through the use of digital currencies that create a decentralized ledger, allowing buyers and sellers to interact directly and with a high measure of anonymity. During the same time, a Google analyst expanded on the idea that Bitcoin was going to become this Internet of Money.

The Move to Cryptocurrency Adoption

Fast forward two years to the present day: Cryptocurrency is beginning to get legs and show us exactly what the Internet of Money can really do. Numerous people, including researchers, technologists, and financial experts are collaborating to build a standardized framework to unleash the real power that many people see within the Internet of Money.

The idea has been to create a new infrastructure despite the decentralized nature of Bitcoin and the other digital currencies. The idea is to build out from Bitcoin and add in various cryptographic ledgers that handle all types of financial – and, even non-financial – applications like machine-to-machine transactions, equity transactions, contracts, content and accounts that require multiple signatures in an environment that offers flexibility, anonymity, a fast and cost-effective process, and greater freedom across what has become a global network where people and businesses are already connecting.

In describing what these ledgers can do in terms of emulating, and, in many ways, improving upon, existing financial systems, one research paper offered this explanation:

In addressing some of the primary concerns that have emerged from the initial infrastructure for the Internet of Money, Ethereum has offered numerous innovations to create more value, ease of use, security and standardization to the process in hopes of addressing ongoing concerns from various countries and institutions. These innovations are the driving force behind an answer to how to regulate the Internet of Money when it is so broad and contains so many layers.

The idea is to connect the Internet of Money to the Internet of Things, using Ether, which is similar to Bitcoin, to conduct transactions between connected devices. Rather than holding a financial value, which is what has slowed adoption rate out of concern for security, management, and standardized practice under a regulatory framework, Ether is based on value that comes from its computing power. While still a foreign and perhaps complicated concept, many see this definition as a way around the ongoing regulatory issues and toward a set of rules that everyone can agree upon.

At this year’s Consumer Electronics Show (CES), this idea was further explained through actual application, as described in this Fast Company article:

Letting connected devices barter computing power in the Ether cryptocurrency would address a basic issue of the coming Internet of Things era: paying for the cloud services that will allow devices to do useful things and talk to each other. Instead of relying on ads, fees from paying users, or selling data to third parties, hardware makers could use Ether as the basis for device-to-device communications and transactions.

The article went on to explain that Ether could oversee a connected home’s network, thereby reducing costs and scale of operations as well as maximizing device longevity and providing a layer of security that had previously been missing from the Internet of Things concept and what may be slowing down adoption rate of the connected home. This further evolution of the application of cryptocurrency shows this potential convergence with the Internet of Things, possibly answering many issues simultaneously.

We are not there yet, but the future is looking more interesting as multiple disruptive technologies are emerging to change every aspect of how we work, live, communicate, and make payments.