The term “sleeper” is often used to describe successful movies that weren’t heavily promoted due to a small budget. Hit movies such as Ghost, My Best Friend’s Wedding and Wag the Dog were considered sleepers. A credit union can be thought of as “sleeper” when compared to a traditional bank in terms of storing your money. Since they don’t have as big of an advertising budget as some major banks, they can often fall off the radar.

Ironically, a credit union can be a better choice for today’s consumer. Here are 5 reasons why.

1. Dodge fees and get lower rates on loans

Joel Larsgaard, Producer for the Clark Howard Show and Website Owner at SaveOutsideTheBox.com, explains that you can avoid unnecessary monthly fees with checking or savings accounts at a credit union versus traditional banks that tend to offer excessive monthly maintenance fees. He also goes on to say that credit unions are a great place to get home and auto loans for less.

People are catching on when it comes to business loans as well. According to data from the Federal Deposit Insurance Corporation and the National Credit Union Administration, credit unions have seen tremendous growth in business loans by members while decline has set in for the commercial banking sector over the past five years.

If you forget to get cash out of an ATM, you can breathe a sigh of relief.  CO-OP Financial Services works with credit unions. They have beaten out banks when it comes to the number of surcharge-free ATMs (30,000). They also offer national shared branching network (5,400 branches) where members can count on having convenient access to cash nationwide with no additional cost.

Have you ever used your credit card and been wrongfully declined? You might have to scramble and call the card company to see if something fraudulent happened. Come to find out, it’s a false alarm.

A purchase you made triggered them to shut you down because maybe your spending pattern was a little different than usual or you shopped while on vacation or in an area where you don’t normally go. While it’s great to feel secure, it can be a major inconvenience when your own appropriate actions are considered suspect – not to mention a little embarrassing.

Credit unions are discovering more efficient ways to shield credit union members from fraud. Todd Clark of CO-OP Financial Services explains that it’s a common occurrence for a card holder to authorize a transaction and have it get declined mistakenly. They are actively working to minimize these types of problems. By allowing customers to take the reigns a bit using their smartphones.

Through the use of the CardNav app,  you can “reverse” having your card declined by authorizing legitimate purchases that seem suspicious to the credit card company. A text message can be sent to you when this happens to authorize the charges. In less than a minute, you can re-enter your card and allow the transaction to go through, bypassing any inconvenience of not being able to use your card. This same app can also allow consumers to conveniently turn their cards on and off as they see fit, limit locations where the cards are used as well as set thresholds for transaction amounts.

4. Going against the status quo

As a rule, human beings don’t like change. We are often content and like keeping things the way that they are. It’s what’s called Status Quo Bias. Whether we realize it or not, it is most likely having a negative effect on our financial lives.

The first time I heard about it was in regards to money-related topics through my friend, CFP® Jason Hull. Once I became aware of this, I immediately wanted to improve my situation. I did what I felt would be the quickest to fix that was within my control. I figured out how to lower utility bills and other bills.

While that helped a great deal, I realized that I had to comb through every aspect of my financial life. I changed everything from investments to insurance to banking in order to create significant change.  If you’re looking for a better way to “bank”, credit unions can help you combat status quo bias.

For instance, since credit unions are not-for-profit, members get any profit back to them in the form of lower rates. It can make a difference in the amount of interest you pay if you take out a loan. No matter if it’s for a car, a home or a business loan. Interest can add up and save you hundreds or even thousands of dollars over the life of the loan. This one decision can have a major impact on your bottom line.

5. Credit Unions might be a better choice for credit cards

It’s easy to get reeled in by a flashy ad or from someone handing out a free t-shirt. But don’t sign up for a credit card without doing some research. Also consider looking into a credit union to meet your needs. Credit Card Consumer and Consumer Advocate Beverly Harzog says “When you shop around for a credit card, don’t forget to look at cards issued by credit unions. Credit unions are consumer-oriented and you’ll often find cards with lower rates and better terms.” It can’t hurt to check.

There are many perks to joining a credit union. Consider their offerings when making financial decisions as an attempt to get the most financial bang for your buck. It can very well be a smarter choice and help with the big picture financially. 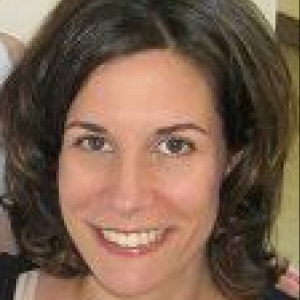 Karen is a Nationally Syndicated Personal Finance Writer who sharpens her skills at US News Money. You can also find her placing clients on podcasts and reading about home office organization, productivity and habits.