Menu
Login
Blog » Business Tips » Costs And Revenue: A Look at the Economy of Bitcoin and Alternatives

Costs And Revenue: A Look at the Economy of Bitcoin and Alternatives 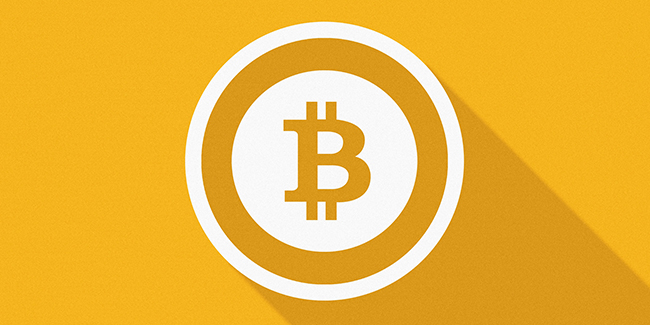 As you’re well aware, bitcoins and altcoins aren’t printed by a centralized organizations like a bank. Instead, as CoinDesk perfectly explains, “bitcoin is created digitally, by a community of people that anyone can join. Bitcoins are ‘mined’, using computing power in a distributed network.” Additionally, “this network also processes transactions made with the virtual currency, effectively making bitcoin its own payment network.”

Unlike fiat currencies, the bitcoin protocol does not allow for the production of coins whenever a miner wants. Once all of the bitcoins have been created, let’s 21 million for example, that’s it. However, bitcoins can be divided into smaller amounts called a ‘Satoshi’- which was named after the founder of bitcoin.

Furthermore, bitcoins and altcoins are not based on gold or silver. Instead, miners use follow a mathematical formula, which is free and available to anyone, to produce bitcoins.

But, what are the actual costs and revenue involved with the bitcoin and its alternatives? We’ll answer that question by diving a little deeper into the economy of cryptocurrencies.

The Cost of Creating, Selling, and Purchasing Coins

When Satoshi Nakamoto purposed his peer-to-peer electronic cash system, it included the use of a timestamp server and a proof-of-work system that involved “scanning for a value that when hashed.” Today, when mining that would either be;

After selecting your currency, CoinDesk adds that you’ll need to set up your mining system. The first option is to use a DIY mining rig that have been built from your PC. The other option would be self-contained units known as ASICs, which are more expensive than DIY mining rigs.

Now it’s time to power up and start mining. This going to take a lot of electricity. To make sure that you’re using an efficient system, use the following formula;

Besides the cost of rig, you also need “to calculate your ongoing profitability is the cost of your electricity.” If you’re spending more on electricity than you earn mining coins, then it’s not a solid business model.

Also keep a lookout for hidden costs like how much it costs to cooling your rig, investing in the right power supply and accessories, and any fees related to delivery or customs.

BitcoinWisdom has a useful calculator that can help you determine your electric costs.

Another factor to consider is the price of bitcoins and altcoins when either selling or purchasing. As Timothy B. Lee says on Vox, “The best way to estimate Bitcoin’s long-term growth isn’t by its price — which is hugely affected by speculation and media hype — but by the volume of transactions on the Bitcoin network.” Lee adds, “a growing volume of Bitcoin transactions is a strong signal that people are finding the network more and more useful.”

You can find the latest bitcoin price through exchanges like Coinbase. CryptoCoin Charts is a great source to locate the latest market prices for bitcoin and altcoins like Litecoin and Dogecoin.

One misconception involving bitcoin and altcoins is that you can transfer funds to another party for free. That’s simply not the case. While these fees are minimal, usually less than $0.40, they have been put in place to incentivise miners.

Satoshi Nakamoto explains, “the first transaction in a block is a special transaction that starts a new coin owned by the creator of the block.” This will add an incentive “for nodes to support the network, and provides a way to initially distribute coins into circulation, since there is no central authority to issue them.”

Who and how much you have to pay in transaction fees is ultimately determined by the network rules. Bitcoin Fees breaks this down into four steps;

As this Ethereum white paper adds, “every transaction published into the blockchain imposes on the network the cost of needing to download and verify it” to prevent abuse. Nakamoto clearly stated this as well when proposing bitcoin by stating that miners “ought to find it more profitable to play by the rules, such rules that favour him with more new coins than everyone else combined, than to undermine the system and the validity of his own wealth.”

Transaction fees are also voluntary and based on the market. This allows for “supply and demand between miners and transaction senders determine the price.” While favored in the community, transaction processing is not a market. However, that can be cancelled out by using the following example;

In other words, a “miner would be willing to process a transaction if the expected reward is greater than the cost.”

If coins become more accessible and embraced by the mainstream, such as more retailers opting to accept coins as a payment, then we can expect the value of coins to increase.

The cryptocurrency economy now include a variety of coin options beyond bitcoin. However, one of the more recent, and intriguing options, is the Ethereum network. As described in the white paper, this network “includes its own built-in currency, ether, which serves the dual purpose of providing a primary liquidity layer to allow for efficient exchange between various types of digital assets and, more importantly, of providing a mechanism for paying transaction fees.”

While Ethereum was “originally conceived as an upgraded version of a cryptocurrency” that allowed “advanced features such as on-blockchain escrow, withdrawal limits, financial contracts, gambling markets and the like via a highly generalized programming language,” it now goes beyond cryptocurrency and can be used cloud storage and a decentralized predictive market.