Why You Shouldn’t Take Celebrity Investment Advice at Face Value

For the everyday investor, it can be tempting to look at celebrity investments like Warren Buffett as bastions of truth. These stock titans may appear to have an inside track on the market — and Buffett’s advice reportedly works for many — but if investing were as simple as following a superstar formula, we’d all be rich.

The investing world has changed. Digital platforms from companies like Bloomberg or VRIFY, online access to regional news sources, and social media channels allow people’s perspectives (real or otherwise) to spread like wildfire. That speed has huge benefits beyond dissemination of actionable information — including democratization of forces to maintain market integrity. New communities, thought leaders, and platforms continue to evolve to help promote business activities or share analysis about publicly traded companies.

Investors need to ensure that they’re digesting balanced perspectives and coming to their own conclusions. When Citron Research attacked Shopify on two occasions, Shopify’s value tanked both times. Despite Citron’s claims being refuted by analysts and Shopify performing even better than anticipated, Citron’s bad information negatively affected the company’s stock in the short term. Investors who followed Citron’s bearish reports missed out on more recent gains.

Unfortunately, consumers of investment news don’t always know the real sources behind the stories. Berkshire Hathaway obviously represents Buffett’s thoughts, as a long-term holder of his investments, but what about other thought leaders? What are their incentives and motivations? Selfish motivations are how common? Who has them? How can you tell?

Recent research found that Americans aren’t as confident identifying bots and fake news machines as they were just a few years ago. A 2018 study revealed that 47% of people reported being somewhat confident they could recognize fake accounts on social media. That’s a stark contrast to a 2016 study where 84% of respondents reported feeling confident they could spot fake news.

Although Buffett usually provides good advice, not all companies play by the same rules, and more bots and fake news sources are making it harder for readers to tell what’s valuable, reliable information and what isn’t.

Some companies — like Citron, Equity.Guru, and Muddy Waters Research — take positions in companies they provide perspectives on. This can be a force for good, when their quick moves and deep research help hold companies and management accountable for their disclosure or provide a thought leadership perspective investors can follow.

It’s when short-sellers make less-than-substantiated calls — especially during blackout periods when companies can’t respond — that investors may not be getting balanced information. Both the U.S. Securities and Exchange Commission and the Canadian Securities Administration are working toward preventing these types of “short and distort” campaigns.

Markets are dynamic, and investors are always searching for new data for a leg up on the broader market. Celebrity investors have the right to an opinion — and to make that opinion public. As counterbalance, however, global regulators like the SEC and CSA have an obligation to ensure that influencers who put out opinions are held accountable for their actions, the same way listed companies are held to public transparency when it comes to their business operations.

Dried and cut investment news isn’t common. However, everyday investors would do well to stay away from traditionally unreliable channels. Short reports with questionable motives, secretly biased promotional newsletters, and people hiding their true intentions do not deserve investor attention. Online message boards — even company-sanctioned ones — are also breeding grounds for potentially misleading information. Investors should have a healthy degree of skepticism.

However, we still have hope. Even in the age of fake news, investors still have several reliable options.

Buffett earned his reputation not just because of his success, but because he’s publicly accountable for the performance of his investments. In his case, that means through Berkshire Hathaway, but comparable figures have their own vehicles. Make sure that whomever you’re receiving investment advice from is held publicly accountable in some way. This ensures that giving bad advice will have consequences, and it also allows audiences to see whether the individual giving the advice practices what he or she preaches.

Investors should also make sure to look at any investment decision from every angle. Whether buying or selling, be sure to get all sides of the story before making the final call. The market sentiment might be that a company is about to go under. However, if the rumor traces back to a single source on a message board, it might not be the case. This means the truth isn’t always going to be clear. Thus, research the company on multiple channels and be sure not to take so-called facts at face value.

One sign that information could be biased or otherwise not entirely factually sound is that the news source has received compensation from a suggested purchase (or a competitor) for the words on the page. Average investors should look to see if a source is paid before taking the information as pure fact. It falls to the regulatory bodies to protect investors. Protection comes by ensuring incentives to create content, disclosed by news outlets and celebrity investors.

Thought leaders in investment vary far and wide on the advice they give and the opinions they hold — just as investors themselves differ in preferences and knowledge. That’s why it’s unlikely that two investors will see the same thought leaders in the same light, and that’s fine.

There is potential value in following venture deal-makers like Pat DiCapo and Hamed Shahbazi or trailing later-stage investors like George Soros or Buffett. The important thing is that investors taking advice from these leaders are able and willing to hold them accountable.

Though the rise of fake news and unreliable sources is a reality of today, investors don’t need to fear it. Making educated decisions requires examining the track record of those publishing opinions. In turn, that ensures their motivations are transparent and ultimately reviewing the company’s public disclosure for oneself. In the digital age, it’s never been easier to find information on companies to help make educated decisions. 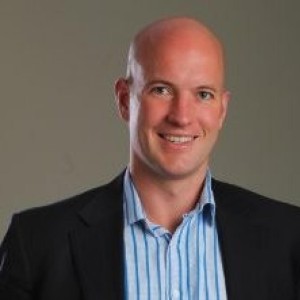 Brady Fletcher is the President of Investment Banking at Roth Canada. He graduated from Queens University with a degree in computer engineering. He is an expert at investments and helping venture money grow. He sits on the board of the Canadian Cancer Society.