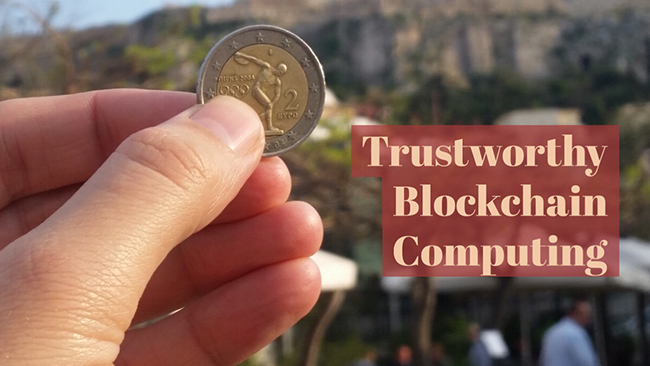 As long as there have been a payment system in place, there has also been people who have figured out how to scam the system. For example, back in the day when cash and checks were the main forms of currency individuals figured out a way to counterfeit these types of payments. While illegal and harmful, it didn’t exactly hurt the average person unless they were involved, such as being a business owner who was paid with fake money. When most people made a transaction, it was secure. For example, if you purchased a movie ticket or a vehicle you simply handed the cashier the cash or a check and that was it.

That all changed when eCommerce came into the picture. Instead of just handing someone cash, a check, or even swiping plastic, we were required to share information like our credit card numbers or bank account information to complete a ecash transaction. Because of this, companies and governments, such as Microsoft’s “Trustworthy Computing” initiative in 2002, began to take notice since malicious individuals were stealing the financial and personal information of customers that result in distracting situations like identity fraud and having bank accounts drained.

But, that hasn’t completely solved the problem.

As mentioned in Unenumerated, mobile and online payments “have architectures that were designed to be controlled by a single person or a hierarchy of people who know and trust each other” such as “root” administrators. The problem with this current system is that if “somebody on the other end wants to ignore or falsify what you’ve instructed the web server to do, no strong security is stopping them.”

Thanks to bitcoin and the blockchain, however, security concerns should become a thing of the past.

As the Unenumerated article continues,

“Bitcoin has pioneered the field of trustworthy computing with a partial block chain computer. Bitcoin has implemented a currency in which someone in Zimbabwe can pay somebody in Albania without any dependence on local institutions, and can do a number of other interesting trust-minimized operations, including multiple signature authority. But the limits of Bitcoin’s language and its tiny memory mean it can’t be used for most other fiduciary applications, the most obvious example being risk pools that share collateral across a pool of financial instruments.”

Additionally, as The Economist points out,

“The blockchain is an even more potent technology. In essence it is a shared, trusted, public ledger that everyone can inspect, but which no single user controls. The participants in a blockchain system collectively keep the ledger up to date: it can be amended only according to strict rules and by general agreement. Bitcoin’s blockchain ledger prevents double-spending and keeps track of transactions continuously. It is what makes possible a currency without a central bank.”

With cryptocurrency, a piece of code information, also known as a hash, prevents any funny business because if the new hash doesn’t match the old hash, the blockchain will immediately notice that someone is tampering with the code and will shut down the transaction.

While that doesn’t mean that bitcoin and blockchain systems aren’t 100% free of risks, they have proven to be more secure and reliable in transferring not only currencies from anywhere in the world, but also applications like;

In this case, “the on-chain registry is either the legally official registry for off-chain assets or controls on-chain ones, thus providing reliable and secure custody of them.” In other words, the blockchain allows individuals to digitally conduct transactions ranging from homes to cars to diamonds, without lawyers, banks or government interference since these transaction will be recorded on the public ledger.

Here “users (typically two of them) agree via user interface to execute block chain code, which may include transfer of money and other chain-titled assets at various times or under various conditions, transfer and verification of other kinds of information, and other combinations of wet or traditional (off-chain) and dry (on-chain) performance.” The blockchain would then hold the cryptocurrency, like an escrow,“which incentivizes off-chain performance that can be verified on-chain, by the parties or by third parties.” This could also replace filling out forms with buttons and sliders when purchasing items online.

This is “where money lives on the block chain and is controlled by multiple signature (“multisig”) authority.” This could lead to voting shares and other actions that are currently controlled by board members of an organization occurring remotely and without the need for in-person meetings.

“Namely, due to the blockchain’s role as the unequivocal validator of transactions, each peer can proceed and trust one another because the rules of trust, compliance, authority, governance, contracts, law, and agreements live on top of the technology.”

“If you fast forward to a not-too-distant future, smart contracts and smart property will be created, dispensed, or executed routinely between consenting parties, without either of them even knowing that blockchain technology was the trusted intermediary.”