Benefits for Russia to Legalize Bitcoins 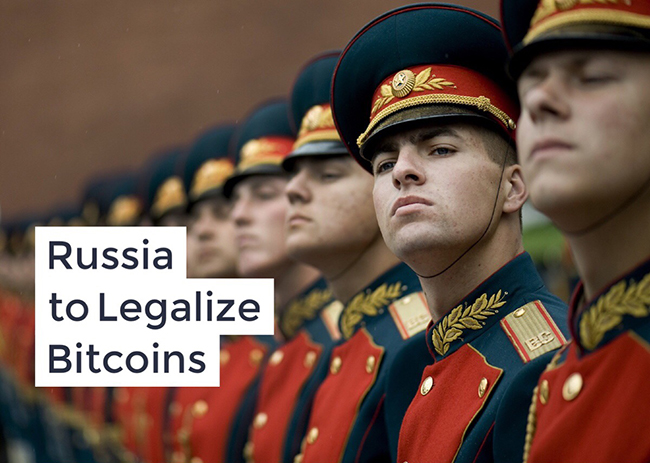 Compared to most countries in the world, Russia has a had a hard stance when it comes to bitcoin. In fact, in February 2014, Russia’s General Prosecutor’s Office stated “The official Russian currency is the ruble. The use of any other monetary instruments or surrogates is forbidden.” The office added, “The anonymous payment systems and crypto-currencies, including Bitcoin […] are monetary surrogates. As such, their use by private citizens or legal entities is not allowed.”

However, in March, the country appeared to soften that stance by stating that the meeting of top Russian financial authorities was to discuss “combating crimes in the sphere of the economy devoted to the use of anonymous payment systems and cryptocurrencies on the territory of Russia.”

But, Russia still appeared to be tough when it came to cryptocurrencies.

In August 2014, the Ministry of Finance suggested that the issuance of bitcoin and other cryptocurrencies be banned. And, more recently, the Russian Finance Ministry proposed a 2-year prison sentence for Bitcoin users.

Because of this hard stance, you can imagine why so many people within the industry were surprised to learn that Russia may consider legalizing in 2016.

At the beginning of 2014, the Central bank had indicated its negative attitude towards cryptocurrencies…In summer of the same year, it was announced that the Central Bank was in favour of a careful approach to Bitcoin and saw a serious economic potential [with it].

“In the beginning of 2016, after a series of meetings with the fiscal authorities and businesses, it was stated that in the future, the Central Bank could begin to legalize and regulate certain transactions with Bitcoin, particularly peer-to-peer transactions and settlements with individuals.”

Since there are reportedly 200,000 users adopting Bitcoin and other cryptocurrencies, making it 5th in the world for the number of people trading and using cryptocurrencies, this should be welcomed news for those in the industry.

However, there are also some other benefits that the average person could experience if cryptocurrencies like bitcoin became legal.

The Benefits of Bitcoin for Russia

Those who have used bitcoin enjoy the fact there are no taxes, no transaction costs, no “chargebacks,” and can not be seized by a centralized governing body. Bitcoin transactions are also fast and could prevent a broad range of payment scams like hacking and “cooking the books.”

Besides those benefits that customers and retailers have been taking advantage of, bitcoin can drastically improve the economy of a country.

For starters, it would give the 2.5 billion unbanked people in the word a chance to participate in the global economy. With bitcoin, people or business could transfer funds to each other directly without having a bank account or credit card. For example, employees could get paid through bitcoin and then make a purchase on Amazon through their mobile device. They could lend money to friends, save their virtual money, or start their eCommerce site. The possibilities are endless.

Bitcoin could also help stabilize the economy because, as Nikhil Gupta states on NewsBTC.com, “Bitcoin’s monetary base growth is predetermined in the protocol; it depends on the rate of Bitcoin mining, and the number of Bitcoins that have been mined.” This means that it “doesn’t respond to the demand pressure in the same way as gold does.” For Russia, where the ruble has been in trouble for some time, Bitcoin could provide a more stable alternative that could help the country get out of debt.

“Many nations are in debt due to their debt-based fiat currency/central banking system. The current inherently flawed system is designed to leave nations indebted. Bitcoin and it’s potential growth leave open a way to build new businesses, generate new revenue streams by attracting investors, and ways for future taxation to help alleviate the nation’s indebtedness.”

Besides a more stable economy, Russia’s economy could improve since legalizing bitcoin would result in creating more jobs. In the Republic of Georgia, Russia’s neighbor has experienced job growth and a boost in the economy local thanks to the BitFury, a Bitcoin blockchain infrastructure provider, technology park.

Furthermore, Russia’s banking infrastructure isn’t suited to handle the current needs of customers, as well as there is a concern that Russia will fall behind countries like the U.S and China, who have already welcomed bitcoin. As the Russian publication Vedomosti argues, “it is necessary to lead” the innovation and its industry.