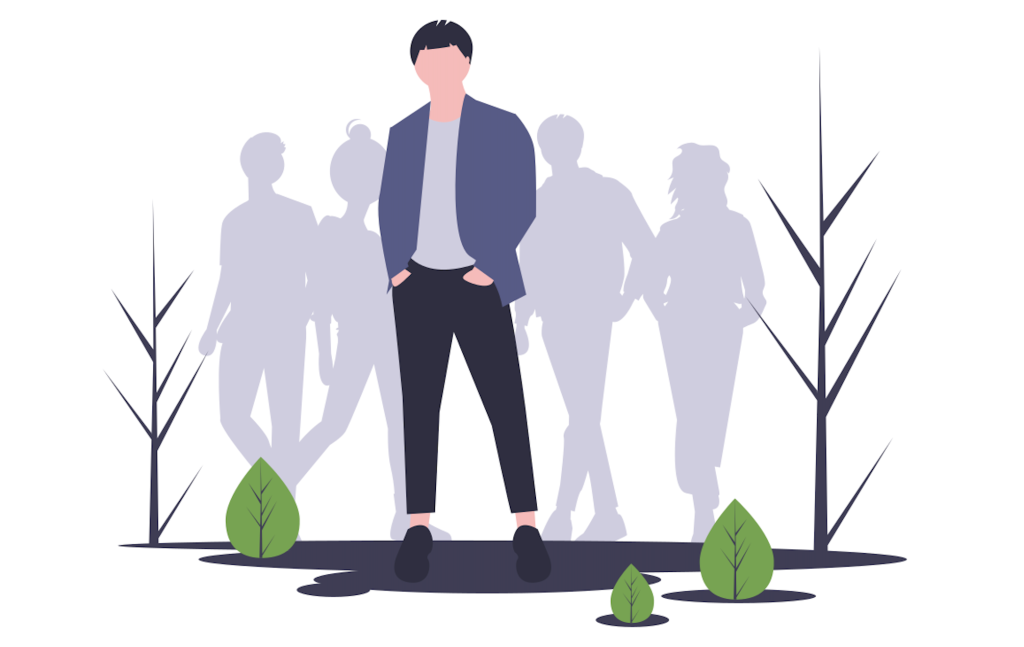 When people read about failed investments, a common misconception is that the victims must not have thought things through carefully enough or made other “stupid” decisions. Unfortunately, however, intelligent people can fall into the trap of investment and money-making opportunities that are not expected and could even evolve into total scams.

Here are some compelling examples for people to be aware of as they seek legitimate ways to increase their financial stability.

Multilevel marketing (MLM) — also known as network marketing — opportunities advertise as home-based businesses that let people sell everything from essential oils to makeup. However, it’s not always obvious from the start that money-making mostly happens when people recruit others to join the business model.

However, numerous studies show that most people involved in MLM programs either don’t make money or actually lose what they originally invested. For example, one investigation put 99% of participants in that group. Other studies give slightly better odds for making money, but they still fall short of what the recruitment materials typically promise.

People who sell MLM products and try to get others to buy them are often called distributors. One U.S. federal investigation into a particular business found distributors earned less than $5 on average per month.

The COVID-19 pandemic has caused significant job losses. However, people associated with MLMs have used that devastating reality to attract more recruits. Many of them specifically mention the coronavirus in their advertisements, positioning the MLM opportunity as a way to make money without leaving home.

Many people had to look for new income streams during the pandemic, so it’s no surprise the MLM affiliates took that approach. However, the challenging circumstances caused by COVID-19 don’t change the fact that MLMs are primarily profitable for the people at the very top of the organization.

Another thing that makes MLMs bad investments is that they rely on a person’s existing network. An individual can’t make money if they never recruit others into the organization.

Understandably, most people start with their friends and family members. However, even someone’s closest, most loyal buddy will likely begin feeling annoyed when getting asked if they’re ready to place new orders every couple of weeks.

People know they must usually invest in a business to make it grow. Unfortunately, scammers often turn that common knowledge into a type of scam that takes several forms. The main idea is that a person pays money upfront for information that’ll help their business later.

One version of this bad investment targets photographers, videographers, and other professionals who may bid on work proposals to get new clients. People typically see all the details of an available job but then must purchase the right to bid, usually by buying credits. Sometimes, a bidder can then see a potential client’s contact details after making their submission.

However, purchasing credits and bidding do not guarantee the client will eventually reach out and agree to move forward with the project. It also often comes to light that these are low-end jobs and potentially not worth pursuing anyway.

Another variation of this tactic involves companies enticing people to pay to receive individualized business coaching to make the most money possible. One instance identified by U.S. federal authorities had people paying $13,995 for that kind of instruction geared towards new business owners.

Instead of getting lured in by these tempting options for helping a business succeed, people should remember that legitimate companies don’t usually require individuals to pay money before even getting started.

For example, many legitimate apps let people make money by taking surveys or doing other short tasks. Following the instructions carefully and putting in the effort are excellent ways to increase the overall money-making potential of those options.

Timeshares often initially seem like great investments for people who take annual vacations. Having a timeshare gives people the right to use properties for certain weeks of the year. The timeshare industry is also a $10.5 billion industry, but it’s not as profitable for the people who invest in timeshares. The internet is full of people trying to sell their unwanted shares.

Some try to sell them for only $1 or even pay others to take them off their hands. That’s because a look at the fine print of a timeshare contract often reveals it’ll be more of a burden than a blessing.

Timeshare companies make people give maintenance fees that go towards property upkeep. If they stop paying them once their financial situation changes or because they lose interest in the timeshare, the company associated with the property can take back the related interest.

People should also remember that being a timeshare owner isn’t necessarily the only way to stay at a particular property. The same sites that people use to part with their timeshares also often feature ads where individuals offer to rent their time in a property to others who want to use it. That approach lets someone take advantage of everything a resort offers without paying the maintenance fees.

Many popular vacation spots have timeshare salespersons who try to get people interested in becoming timeshare owners after sitting through sales pitches. Participants often get rewarded for giving up a few hours of their time, such as by receiving free attraction tickets.

However, suppose a person gets to the point where they’ve decided that having a timeshare seems like a good idea, and they’re ready to sign a contract. Unfortunately, they’ll typically find that the document features lots of legalese that they don’t understand. Plus, timeshare salespeople often try to distract their targets, encouraging them to add their signatures without looking too closely at the details.

House flipping is a legitimate way to make money whereby a person buys a house for a below-market price due to its poor condition, fixes it up, and sells it for a profit. However, entities exist that appeal to potential investors and are not entirely honest about their processes or purposes.

In one recent case, a company called The Legacy Group promised returns of 12-14% on fix-and-flip properties but caused $10 million in losses for investors over five years. The real estate projects often went bust, and the people running the company frequently shifted investors’ money to deal with losses associated with other projects.

Illegal house flipping can also happen when an unsuspecting person gets roped into mortgage fraud. In such scenarios, a scammer buys a house with the intention to sell it for an inflated price, despite only making minor improvements to it. They then contact someone they know, telling them they could make several thousand dollars just by applying for a home loan. But, of course, the catch is that they have to do it immediately.

That person is the so-called “straw buyer” because they never intend to live in the property. However, since the con artist also pays someone to submit a falsified and favorable appraisal report to the bank, the straw buyer typically receives the loan.

The scammer then pays off the straw buyer and the fraudulent appraiser, and they may make one or two mortgage payments to the bank themselves. However, they’ll keep the remaining profits, causing the bank to foreclose on the property and suffer a significant loss on a house that was never worth anything close to the appraised value.

Cryptocurrency can also be a legitimate investment. But, unfortunately, many scammers also try to capitalize on its buzz and appeal to people who want to make quick money.

One study showed that Americans had lost more than $80 million in crypto scams (fooldotcom) between October 2020 and March 2021. Also, people aged 20-49 were five times more likely to get taken in by these investment scams than other groups. It’s worth noting, too, that cryptocurrency was the top payment method associated with investment scams, overtaking the formerly most popular wire transfer option.

One warning sign is the need to invest more money before receiving the profits a person originally made from their investment. That happened to a man in his 70s who said he and his wife lost their life savings when he tried to get into a kind of online crypto trading opportunity that was not legitimate.

Cryptocurrency scams can also start when a person becomes interested in and downloads a fake app that promises to help them get started with this kind of investment opportunity. Similarly, people often get tricked by URLs for seemingly genuine options that actually redirect people to scam sites.

Many beginning investors often understandably look to more experienced figures when deciding how and where to invest. Unfortunately, that reality has led to scams where criminals hijack real celebrity social media accounts or create new profiles to mimic them. Naturally, the celebrity posers ask followers to send them small amounts of cryptocurrency in exchange for significant returns. But, of course, they never get any positive outcomes.

A scam uncovered in 2020 even involved creating fake news sites to look like real media outlets. The “celebrities” would then direct people to links that landed there and then describe new investment opportunities. The main lesson here is to avoid clicking on links someone provides when researching an investment possibility. It’s far safer to type the URL manually.

These examples do not suggest that all cryptocurrency opportunities are bad investments. However, people should be wary of anything featuring language promising people will get rich quickly or promising specific results.

Take Care Before Moving Ahead With an Investment

It’s often difficult to see things for what they are when assessing a possible investment. People frequently focus so much on the exciting things that could happen that they fail to spot any red flags or decide they’re not serious concerns.

It’s also essential for potential investors to remember that even legitimate investments can stray into scam territory, as some examples showed. In short, if someone insists on acting immediately and guarantees specific impressive results, those are two warning signs of something amiss. 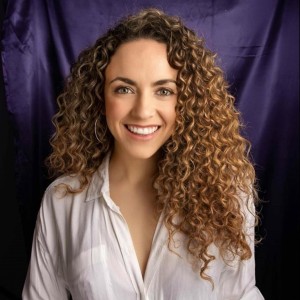 Devin Partida grew up in the San Francisco Bay Area, where the booming tech and startup scene nurtured her curiosity. Always an avid writer in her younger years, Devin began covering the tech industry for ReHack in 2019, and has since become the young brand’s Editor-in-Chief. When she isn’t writing, Devin enjoys biking around the Golden Gate Bridge, eating hand-crafted ice creams and listening to true crime podcasts.