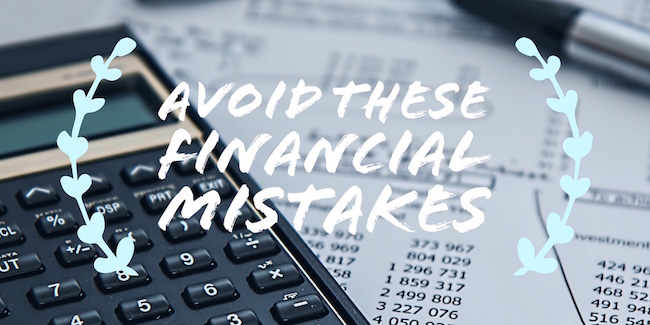 As someone who has faced adversity, Frisella now prides himself on guiding younger entrepreneurs through their struggles. To that end, he has started a podcast called “The MFCEO Project,” which is specifically designed to share his experiences. Having learned everything he knows through trial and error, Frisella’s advice is uniquely insightful in the start-up world. Wherever you are in your start-up journey, Frisella has lived it and has advice for what to do and how to do it better.

Common Financial Mistakes and How to Avoid Them

Here are seven financial mistakes Frisella has seen younger entrepreneurs make, as well as ways to avoid them.

1. Recognize that some expenses are investments.

Too often, young entrepreneurs are afraid to put down capital for bigger buildings or to expand their operation. Frisella says that you can’t be afraid to invest in your future: “You’re not going to harvest if you don’t plant the seed.”

Frisella says that he is constantly thinking about ways he can spend to grow, and that sometimes you may have to go into the red in order to reap twice the benefits of the investment later.

Frisella’s favorite parable is that of the “Chinese bamboo tree.” Bamboo plants need to be watered, fed and nurtured for 5 years before a single shoot pops out of the ground. Once it’s out, however, it will explode 80 feet in just months and become an unbelievably durable plant. However, Frisella notes that “most people don’t put in those 5 years.”

Frisella subscribes to the idea of “aggressive patience” in order to avoid a common mistake he sees many entrepreneurs making. He says that he often sees others make investments in marketing campaigns or operation expansions, and declare them failures when it’s still too early to see their benefits.

Especially in building branding, allowing investments to take their time to grow and succeed is vital. “People have to understand ‘patience’ doesn’t mean sitting on your butt with your feet up… It means you have to do every single thing possible, and it’s still gonna take years!”

When choosing influencers, Frisella says he always asks, “Why do they have their followers?” He believes that engaging a consistent community is key in creating a brand, and that while shelling out tens of thousands for accounts with millions of followers has its place in branding, it isn’t effectively engaging a community.

Frisella believes in the power of “micro-influencers,” or those with followers closer to the 100,000 mark, but who actively engage and interact with their close community. In spending money on social media, make sure you’re spending the right money to avoid financial mistakes.

4. Don’t pay for what you can do yourself.

When talking about his first storefront in Springfield, Missouri, Frisella waxes nostalgic. “[My partner and I] built the shelving… If you go today, that counter is still in there.” Long story short: Don’t pay for what you can roll up your sleeves and do yourself.

Obviously, this doesn’t just apply to carpentry, and can mean anything from doing your own graphic design to answering your own phone calls. If you have a background in something, go ahead and do it yourself. Every dollar you save in one-time costs can be put into an investment for the company.

5. Employees save you time — calculate that into their cost.

“When you invest in your business, you have to not look at things as an expense,” says Frisella. “[Some businesses] think, ‘I’ll add that employee when I get to X,’ but they’ll never get to X without that employee.”

Many entrepreneurs shy away from hiring early, either because of the expense or because by nature of their chosen path, they like to do things themselves. However, it is important to remember that employees can save you time and allow your business to expand. If utilized properly, employees can produce an exponential financial return. “Employees are only an expense when you don’t utilize them effectively,” Frisella says.

This advice may seem self-explanatory and universal, but it’s especially pertinent for inexperienced start-ups with limited capital to expend. Do your research, hire reputable vendors and maintain your reputation among your colleagues.

Frisella warns that many people claim to be digital marketers who can turn you into the next big thing. Just remember: this is easier said than done.This will help you avoid financial mistakes that arise from scams.

7. Just because something isn’t a home run doesn’t mean it isn’t worth your time.

Often investments and projects may work, but not as well or as fast as anticipated. Often the impulse for many entrepreneurs is to do away with the current slow-burning project and look for the newer, shinier option. “This is one of the biggest mistakes I see younger guys make,” says Frisella.

A hard-won lesson Frisella as part of financial mistakes learned is to embrace the little victories and to remember that just because something may be taking a little longer doesn’t mean it isn’t succeeding.