Android Pay vs Apple Pay: What Everyone Needs To Know 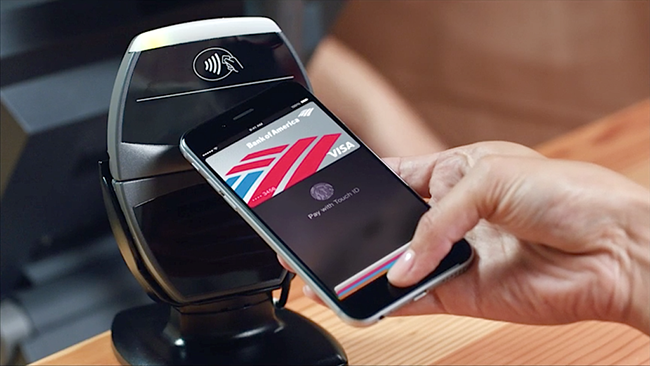 Does writing checks get old? What about carrying around wads of cash and plastic cards? Of course they get old. And that’s why mobile payments are becoming all the rage. Instead of taking your credit card everywhere you go, you can pay for purchases by using your smartphone and it’s ‘Pay’ feature.

There are a number of digital wallets available. The two biggest tech giants own some of the most popular ones; Google and Apple.

But, what are the pros and cons of Android Pay and Apple Pay? You can find out here as we share what everyone should know about these two mobile payment platforms.

Google released Android Pay, it’s version of a NFC payment system, in September 2015. Just like with Google Wallet, users can store their credit or debit card so that you can complete purchases quickly at retailers that have NFC-equipped payment terminals, as well as apps from select businesses. You can also manage gift cards and information for loyalty programs simply by scanning cards and barcodes. If there isn’t anything to scan, you can manually enter this information after searching Google’s database.

The checkout process automatically begins whenever you’re in proximity to a NFC-terminal. However, before you tap-to-pay, you can still select your preferred card if you haven’t set-up a default option in Google’s latest digital wallet.

As long as there is a built-in NFC chip, Android Pay works on any Android-powered smartphone phone that is running Android KitKat 4.4. It currently comes preloaded on devices purchased from AT&T, T-Mobile, and Verizon. If Sprint is your carrier, you’ll have to download it.

All of the major credit cards – American Express, Discover, MasterCard, Visa and Capital One – work with Android Pay. Many of the leading banks in the U.S. support Android Pay, as well. These include America First Federal Credit Union, Bank of America, Citi, M&T Bank Corporation, PNC, TD Bank, USAA, and Wells Fargo.

Since more banks are frequently being added, double-check with Android Pay’s list of supported networks.

Google claims that “Android Pay is accepted at over one million stores across the US, and is now available in your favorite Android apps.”

Here’s a glimpse of the current roster and those coming soon:

While using Android pay, the credit card number isn’t used. A virtual account number is used instead. This is meant to keep your card details secure since you’re not using any personal information. Additionally, as soon as you make a transaction, you’ll receive a confirmation that includes information like where the transaction occurred and the merchant’s name and number. If there is any suscoois activity, you’ll catch it immediately.

If your device ever gets lost or stolen, you can use the Android Device Manager to to either lock your device, create a new password, or wipe it completely clean.

Android Pay is a fast and secure mobile payment system that can be used on a wide variety of smartphones.

Originally released in September 2014, Apple Pay is an iOS-based mobile payment system that only uses NFC-technology to complete purchases. Like Android, the checkout process automatically starts when you’re in range with a NFC-enabled terminal. It also stores all of your credit cards, debit cards, and rewards cards that you currently have stored in iTunes. You can add additional cards within the Wallet App.

Unlike Android Pay, Apple Pay uses your fingerprint to complete the purchase. Without having to even open an app, you can pay by placing your finger on your screen to use the innovative Touch ID. If your phone is locked, double-click the Home button to take you to your wallet.

Apple Pay comes built-in only on the iPhone 6, iPhone 6s, iPhone 6 Plus, iPhone 6s Plus, and the Apple Watch. However, expect all Apple devices to include Apple Pay in the future.

There are more than 2,500 banks and credit card issuers in the U.S. and U.K. that are participating with Apple Pay. In Australia and Canada, Apple Pay works credit and charge cards issued by American Express.

The banks listed include the usual suspects like American Express, Bank of America, Barclays, Capital One, Chase, Citi, PNC, TD Bank, U.S. Bank, and Wells Fargo. But, because there are thousands of options, you can review the full list on Apple Pay’s participating banks and store card page.

Apple claims that Apple Pay is accepted in more than one million store, restaurants, hotels, and boutiques. Many of the same stores that accept Android Pay also accept Apple Pay, but there are some notable exceptions, such as:

Apple Pay claims to be more secure that using your credit or debit card. That’s because Apple Pay doesn’t store your card number on your Apple device. Additionally, no payment information is authorized unless you confirm the payment using either the Touch ID or entering your passcode. Apple doesn’t collect transactional details. It’s only between you, the merchant, and your financial institution.

Apple also uses both encryption and tokenization to protect data by issuing a unique Device Account Number – vendors are given their own unique token service number.

Apple Pay is a convenient and secure mobile payment system that works with thousands of financial institutions and retailers, but is only limited to owners of the iPhone 6 and beyond.

When it comes to Android Pay and Apple Pay there is no clear winner. Both are secure, rely on NFC-technology, and make the payment process a breeze.

Apple Pay may work with more retailers and financial institutions. The fact that it’s currently limited to the latest iPhone is a major drawback. Because Android Pay is compatible with multiple Android devices, more people have the opportunity to experience the Pay feature. However, it appears that more Apple users have tried Pay. In fact, research has found that “56% of those who have tried Apple Pay use it once during a typical week,” compared to 36% of Android Pay users.

In short, it ultimately comes down to your personal preference. If you like Apple, you’ll like Apple pay. The same is true if you’re an Android devotee.

Both platforms have some bugs to fix, but it awareness continues to spread and more vendors start accepting ePayments, the future looks promising for both Google and Apple.