Blog » Business Tips » Why Advertising via Social Media Is a No-Brainer (You Can’t Fight It!)
Posted on November 24th, 2016 Published By William Lipovsky

If you’re feeling guilty because you still don’t know anything about social media advertising, you’re not alone. Social media ad spending only accounts for 14% of total online spending. It’s growing fast, but most people are about where you are – we’re all still learning how to make the most of the incredible ways we have to reach and engage users with native, customized advertising that’s part of their lifestyle, not an annoying interruption. Here are a few reasons you should take the plunge and start letting social media bring you business.

You Can Keep Your Advertising Costs Low

Generally speaking, social media ads are quite affordable. Not only do they cost far less than traditional online advertising, but you can often test your content organically before you pay to promote it. If an ad isn’t performing the way that you want it to, you can pull it right away instead of continuing to pay for content that isn’t engaging potential customers. While costs vary depending on your business and ad type, some using Facebook ads report a cost of only 25 cents for every 1000 engagements; others, using Twitter, report costs as low as 50 cents per engagement depending on ad type.

If you doubt me, consider this: when banner ads first came out twenty years ago (yeah, that makes me feel old too), they had a click-through rate of 50-90%. Sounds amazing, but times have changed; now they have a click-through rate of less than .1%. Even more shockingly, most of those few clicks you do get are from bots, not real people. This stems from “banner blindness,” a phenomenon in which web users simply become immune to the 1,700 banner ads they see each month (you can’t remember the ones you’ve seen, and neither can I). While banner ads are a tempting purchase – so easy to make, buy, and track – they simply aren’t worth your money. There’s no sense in spending money on ads that don’t get you results – and when someone is literally more likely to complete Navy Seal training than to click on your ad, you’re definitely not getting your money’s worth. In contrast, social media advertising has many times the click-through rates. For example, Facebook’s desktop ads boast 8 times higher click-through rates; its mobile ads have 9 times higher click-through rates. Instagram’s sponsored posts have been shown to have almost 3 times the ad recall of other online content.

You Have the World at Your Fingertips

Social media has evolved over the past decade, becoming so much more than a series of fun websites for liking, friending, and posting cat videos. For example, social media is now a primary source of news for most Americans. Worldwide, more than 2 billion people spend an average of 45 minutes a day swiping, clicking, and scrolling through social media – that’s a lot of people viewing your ads. If you want to reach millennials, you’ll find 41% of them on Snapchat almost every single day. You can’t rely on users visiting whatever websites your banner ads end up on, but you can guarantee that the engaged users of social media will be reflexively checking their Instagram account and seeing your advertisement.

You Can Get Crazy Creative with Your Ads

We’ve all seen hilarious ad videos that we know are meant to sell us something — but hey, we’re laughing, so why scroll away? Some genius companies take their creative ad ideas to the next level. Consider the success of cruise line Royal Caribbean’s popular video series “Royal Crush,” a story about teens who fall in love — on a cruise ship, of course. The show has been 30% more effective than TV ads. It’s not that Gen Z isn’t aware that what they’re watching is a kind of commercial. They know very well, but as long as it’s entertaining, they’re happy to keep watching it, and liking it and sharing it. That means more customers for you – customers that have already become familiar with your brand and are loyal to it. 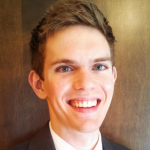