Should You Accept Selfie Payments?

Payment security has been a widely discussed topic over the last several years. And for good reason, considering the mount of high-profile security breaches that have lead to the possibility of digital identity theft.

But, how can we make payments more convenient, without jeopardizing an individual’s security?

This is a question that mobile payment apps and digital wallets have been trying to answer for some time. Apple Pay, for instance, has its Touch ID feature which uses the owner’s fingerprint to unlock the phone and verify purchases.

Apple wasn’t the only company to start investing in biometrics. Visa is working with identity management software company Bioconnect on using fingerprint, voice, and facial recognition to authorize transactions and Android devices are also utilizing fingerprints. But, one of the earliest trendsetters was MasterCard who debuted “Selfie Pay” in early 2016 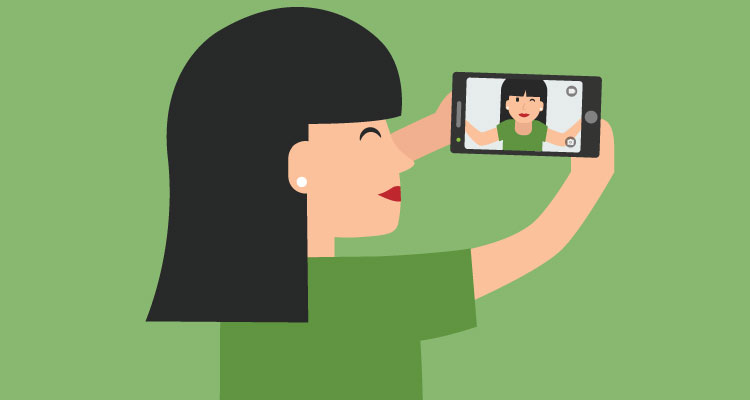 How do selfie payments work?

As with all biometrics, your body parts replace typing in a password.

We were finding that there’s a lot of frustration and friction with passwords…that’s getting in the way of people using digital payment,” said Bob Reany, MasterCard’s executive vice president of identity solutions.

“We want to make it so that you never have to remember anything.”

With “Selfie Pay” a user installs MasterCard’s app onto their smartphone. Then, when it’s time to make a payment, you look at the camera and blink or shake your head. The app then uses your facial features and your blink for authentication.

The reason that you need to blink or shake your head is because in the past, Google attempted to use facial recognition as an authentication method, but fraudsters could get around this precaution by using a photo. By blinking or shaking your head, no one can use a picture and pretend to be you.

Once the picture is taken, the app compares the image with stored algorithms of your face to identify you. The pictures stay on the device and MasterCard only saves rigorous math of minutia and measurements of your key figures.

“We really don’t have the desire to store a bunch of pictures of people,” says Reany. A spokesperson from MasterCard told TechCrunch that “As an industry, we are moving toward storing biometrics in all instances at the device level. Fingerprints are stored at the device level and we are currently prototyping facial recognition to be converted and stored as encrypted code on some devices.”

“This is why we have been on the board of FIDO (Fast Identity Online), whose goal is to always match and store the biometric on the device. MasterCard is investing in this technology and is leading the payments industry in developing decentralized solutions wherever possible.”

After having a successful test-run in the U.S. and Canada, the app has begun to appear in European markets like Austria, Belgium, the Czech Republic, Denmark, Finland, Germany, Hungary, the Netherlands, Norway, Spain, Sweden and the UK, as well as Latin American countries Brazil and Mexico. Selfie payments are expected to go worldwide in 2017.

Besides the MasterCard app, there are other companies using facial recognition, such as the payment wallet selfiepay.

Should you accept “selfie” payments?

That’s a good question since this is a new technology in its early stages.

As a whole, biometrics are intrinsically secure. While not perfect, there are companies that will take biometrics to the next secure level by using behavior ID.

“The power of Behavior ID is its ability to adapt to the user, transparently producing a digital fingerprint from a user’s behavior to confirm their identity and develop an ongoing authentication without requiring the consumer to do anything,” said Steve Jillings, CEO of TeleSign.

“Best of all, these unique biometric patterns are extremely accurate. From the way we move our hand on a mobile device screen or with a mouse. It is virtually impossible to precisely imitate another person’s behavior.”

When payment transactions are secure, the customer will trust your business. And, 83 percent of customers have reported that they are driven by trust.

According to research conducted by MasterCard, in conjunction with International Card Services (ICS), found that 9 out of 10 participants would like to replace their password with biometric identification definitively because the technology is convenient and secure.

“There’s a potential missed opportunity here — if companies don’t get up to speed in delivering what people, especially younger people, expect in terms of digital wallets, payment ease, and security, they will lose out to providers that do,” said Joan Warner, managing editor for, “Thought Leadership,” at Oxford Economics.

If you want to attract, and retain, customers — specifically Millennials – then you probably should start accepting “selfie” payments. However, if your clientele aren’t as tech-savvy, this may not be a pressing matter.

But, it’s an innovative and emerging payment option. Every retailer should at least investigate and get ready for. Because, ready or not, here it comes.